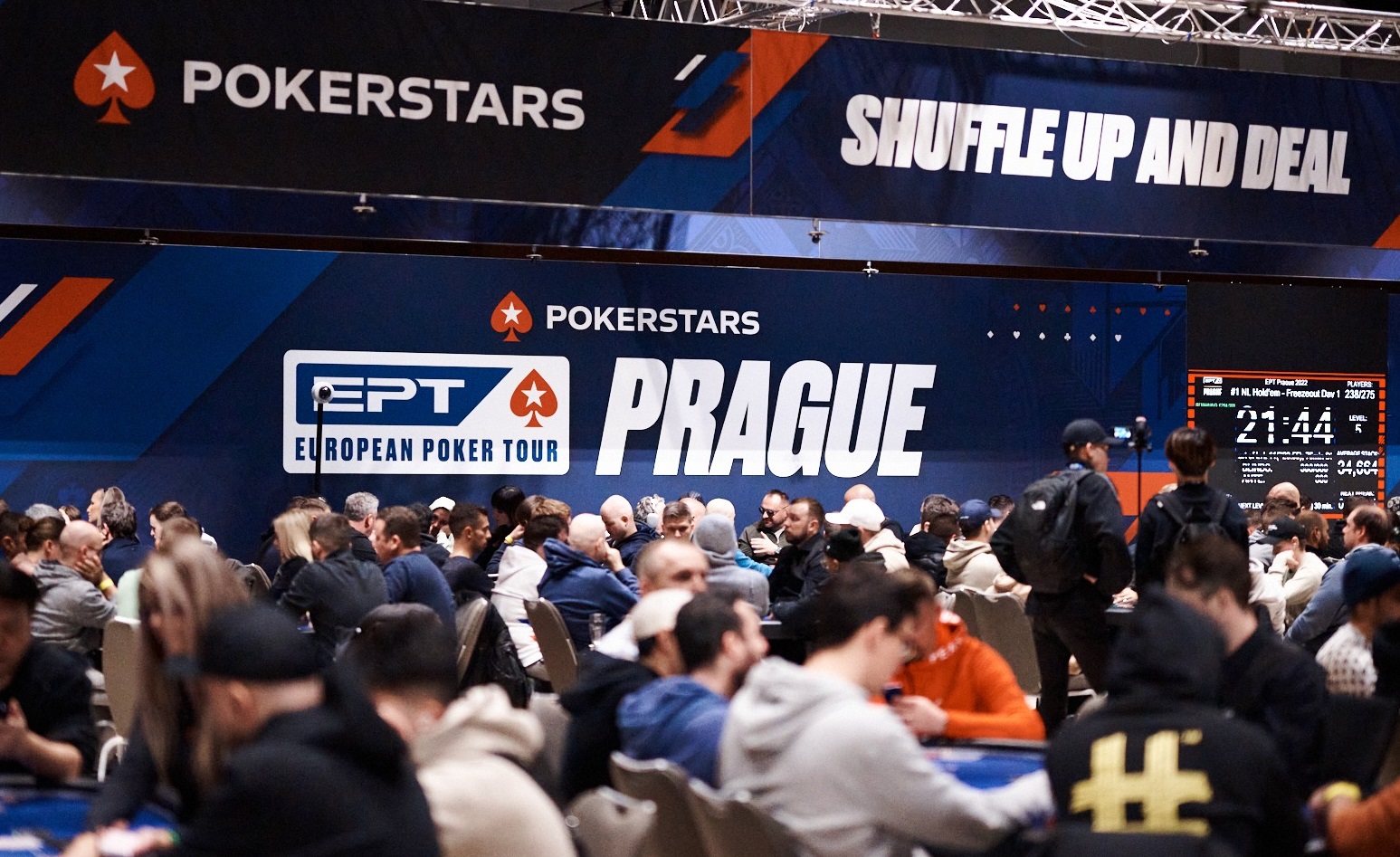 EPT Prague got underway on Wednesday and, already, players have embraced the spirit of the season, coming out in force to party at King’s Resort.

PokerStars is enjoying more success in Prague with over 1,300 players anteing up in the Eureka main event. (Image: Twitter/PokerStarsLIVE)

The €1,100 ($1,160) Eureka main event kicked off the Czech festival and, after two opening flights, the chances of a new record being set have increased dramatically. PokerStars’ tournament team was in Prague back in March and, on that occasion, the Eureka main event attracted 3,155 entries.

Nine-hundred-fifty-nine players anted up on Day 1A and, after 18 levels, 144 advanced to Day 2. Damir Savio finished the session at the top of the chip counts, bagging 849K chips (109 big blinds).

Day 1B saw 434 players take the felt. Argentina’s Alejandro Lococo led 65 players into Day 2 with over 1 million chips, taking the current number of people still vying for the top prize to 209.

There are two more starting flights left to play at King’s Casino Prague. Although there’s a long way to go until the record is broken, live events typically experience a rush of players in the later starting flights. If that happens, we could see the number of entries hit 3,200.

Before we know if a record has been broken, there’s the small matter of celebrating a win for Rodrigo Seiji. The Brazilian topped a field of 68 entries in the €10,200 ($10,770) mystery bounty event.

Prague has been a popular stop on PokerStars’ annual schedule ever since the first series was held there in 2007. EPT Prague has been a staple fixture since then and, even with the WPT World Championship taking place in Las Vegas right now, it continues to attract big fields.

With the main event yet to start and more big-money events on the schedule, EPT Prague looks set to be another successful event and end the year on a high.