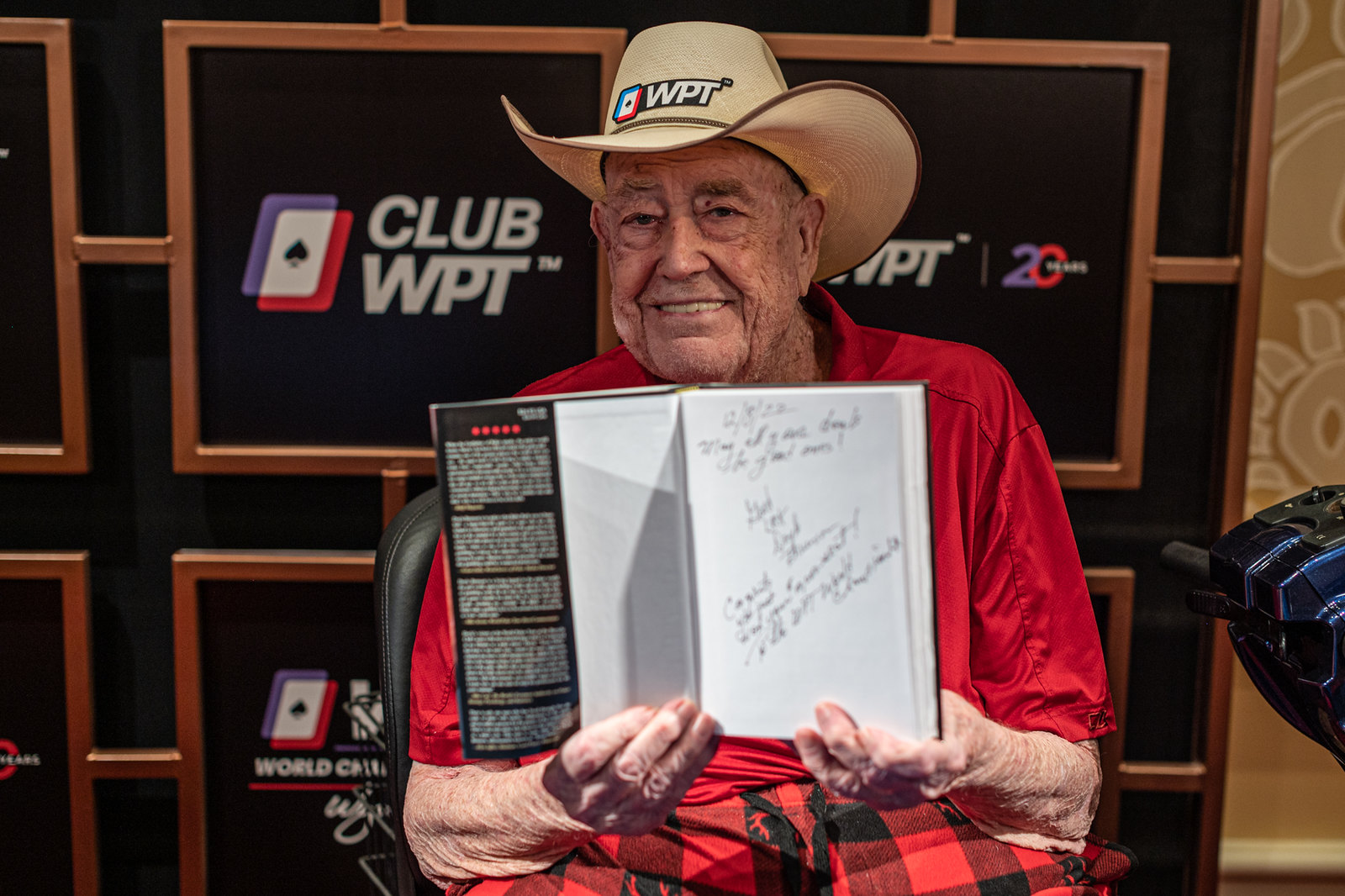 The World Poker Tour (WPT) World Championship is in full swing at Wynn Las Vegas, and reception to the new festival has been overwhelmingly positive. That’s not only because of the poker action – click here to see the full schedule – but also the events and amenities being offered to fans, players, and qualifiers.

For the past couple of months, PokerNews has been highlighting several qualifiers including those who got in by playing on ClubWPT, giveaway winners like our very own live reporter Liam Gannon, and other satellite opportunities.

The qualifiers and giveaway winners are being treated to the full WPT experience, which means access to exclusive events, and to the VIP Player Lounge, which has been a huge hit. In addition, fans are being offered the opportunity to win $10,400 seats in the $15M GTD WPT World Championship, which will run from Dec, 12-20. That included a 1 in 200 shot by attending a book signing by Poker Hall of Famer and WPT Ambassador Doyle Brunson.

The @WPT World Championship series at @WynnPoker has been a blast so far! Yesterday was the free @TexDolly book sig… https://t.co/iW54OmzkQO

A week ago, the WPT sent out a tweet that they would be hosting an exclusive book signing. Poker legend Doyle Brunson was going to be at the Wynn to give out signed copies of his autobiography The Godfather of Poker – which PokerNews reviewed here – to the first 200 people in line.

The Godfather of Poker, @TexDolly is giving away 190 signed copies of his book!

In order to qualify, fans needed to comment on the tweet and either sign up for or be a member of ClubWPT. Moreover, one special copy would contain a ticket to the $10,400 WPT World Championship.

Fans lined the hallway waiting for their opportunity to sit down with Texas Dolly, have a photo opportunity, and receive a free copy of his book. While they waited, 1998 World Series of Poker (WSOP) Main Event champ and Poker Hall of Famer Scotty Nguyen went down the line shaking hands with poker fans. 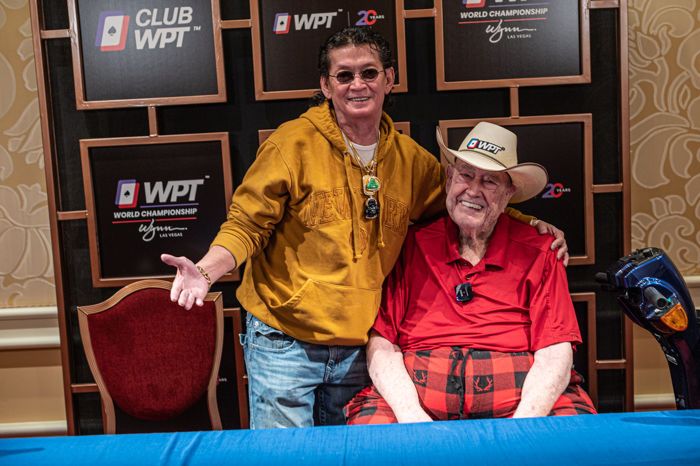 Players were understandably excited to not only meet the Brunson but also to have a decent chance at winning a coveted seat. The winner wound up being Valerie Zaklama, who was lucky enough to receive the specially-signed book with the winning ticket. 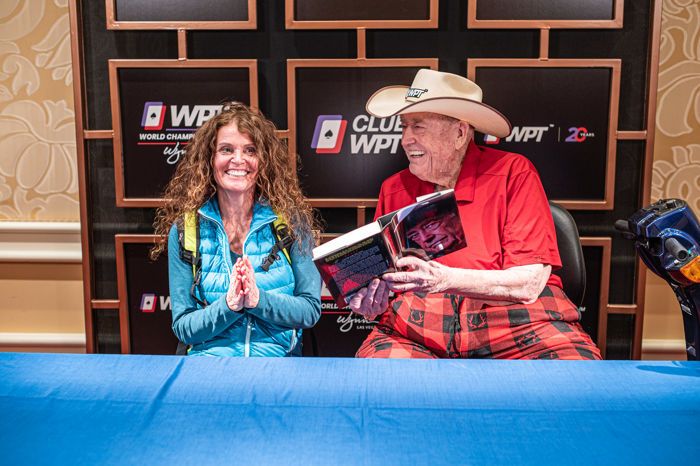 A Look at the VIP Lounge

One of the perks Zaklama will receive for winning the seat is access to the VIP Lounge, which is invite-only to WPT Champions Club Members, ClubWPT qualifiers, WPT Global qualifiers, and special giveaway winners.

In the lounge they will find several amenities including private seating (massage and bean bag chairs are available alongside traditional couches and tables & chairs), arcade machines, video games, air hockey, pool, a secluded outdoor area, and food and drink options (including a nightly dinner spread).

You asked, we delivered!#

The VIP Lounge, which is guarded by Lounge Attendants, has already proven a hit with those lucky enough to have access. While there, it’s not uncommon to see WPT Ambassadors and talent hanging out, mingling with qualifiers. In fact, WPT President Adam Pliska can often be found there competing in the various games on offer. 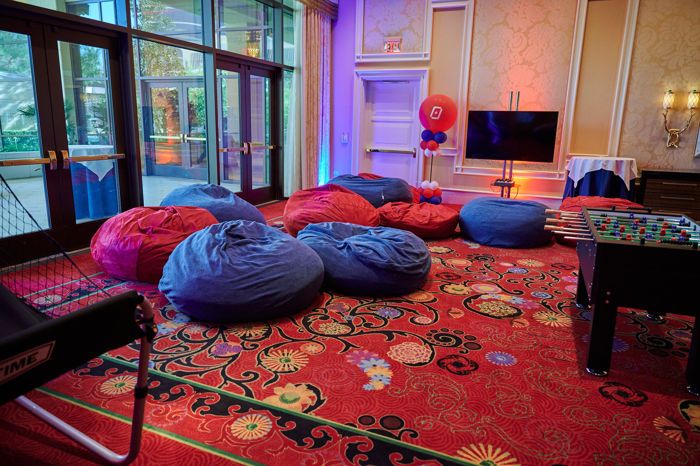 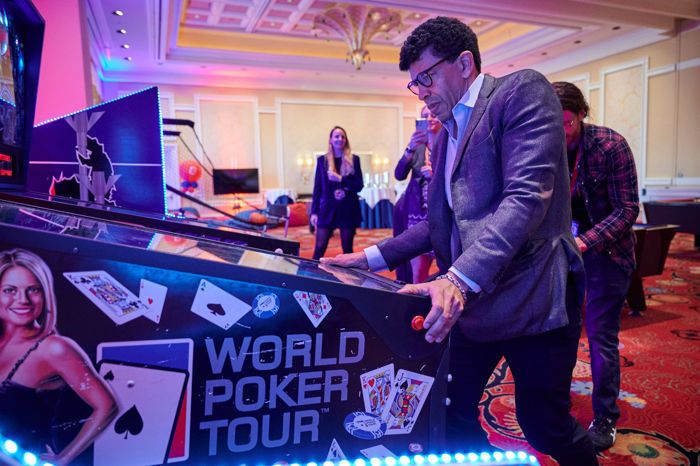 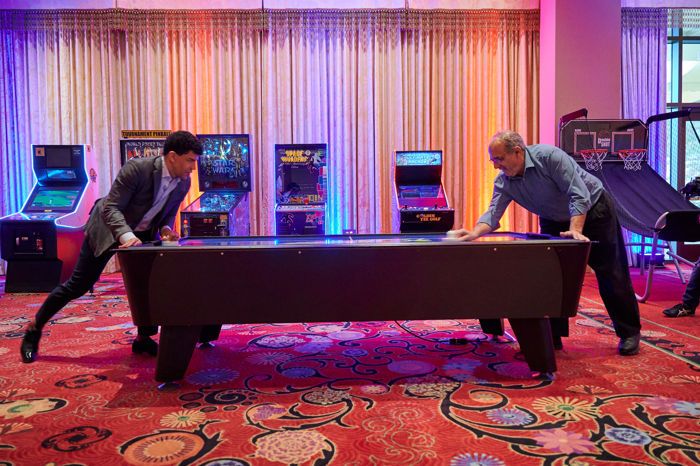 The WPT World Championship kicked off with the Premier Meet-Up Game (MUG), which we previously recapped here. Well, one of the men responsible for putting on that legendary game, WPT Ambassador Andrew Neeme, recently released a new vlog about the experience. Check it out: 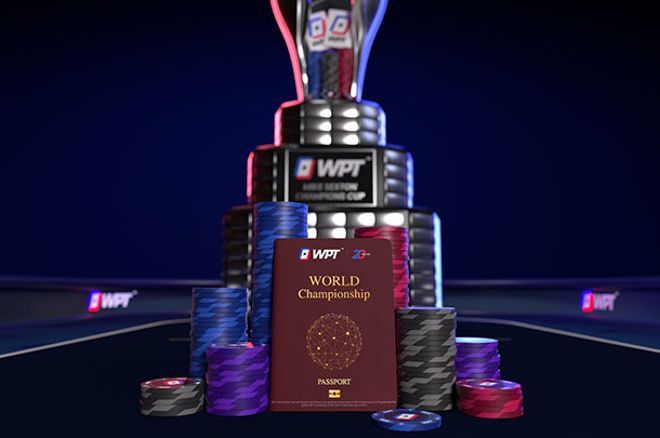