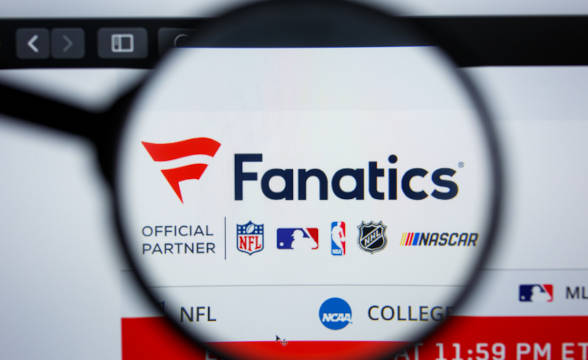 Fanatics, the US sports merchandise and e-commerce brand, strengthened its executive team by announcing a new appointment. The company revealed that it hired the services of the former Michigan state representative Brandt Iden.

Becoming a part of Fanatics, Iden is joining the company’s Betting & Gaming team where he will serve as vice president of government affairs. Iden has a rich professional background as a government affairs specialist. He helped navigate leading companies within the industry by providing unique advice, helping develop policies and implementing different strategies. Without any doubt, Iden is a proven leader with decades of experience in government relations and project management.

“Excited to announce that I’ve joined the Fanatics Betting & Gaming team as VP of Government Affairs,“

Before joining the sports merchandise and e-commerce brand, Iden was a part of the sports technology company Sportradar. For nearly two years, he served as the company’s head of government affairs for the US market. In addition, Iden was a member of the board of directors for the American Gaming Association (AGA). He held that position from January this year until his most recent appointment at Fanatics.

Besides Sportradar and AGA, Iden has experience as a State Representative in Michigan. Iden was a State Representative for Seven years between January 2014 and January 2021. Additionally, his professional background includes 9 years until January 2021 as a project manager at Amicus Management, a company offering business consulting and services. Iden was also a president at Identity Management & Consulting for nearly a decade until January 2021, as well as Commissioner for District 9 at Kalamazoo County for five years until December 2014.

The recent appointment reaffirms the company’s ongoing plan to strengthen its leadership team. Late last month, Fanatics hired the services of Orlando Ashford. The company selected him for the newly created role of chief people officer (CPO) of Fanatics Holdings. In his new position as CPO, Ashford is expected to collaborate with the company’s different business arms such as commerce, betting and gaming teams and collectables.

Earlier in October, Fanatics unveiled another senior-level hire. Preparing its entry into the regulated sports betting and iGaming industry, the company hired Andrea Ellis. She joined Fanatics’ betting and gaming division as chief financial officer. This strategic appointment came just after the company’s CEO, Michael Rubin, revealed that the betting and gaming division is expected to launch its operations next year in January.