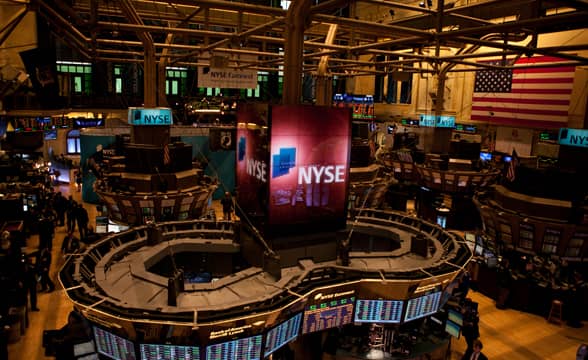 Novibet to Become Public via SPAC Artemis on $625m Valuation

Online gambling operator with a focus on European regulated markets Novibet is merging with a special purpose acquisition company (SPAC) to go public on the Nasdaq Stock Market.

Malta-headquartered Novibet entered into a definitive agreement to merge with Nasdaq-listed SPAC Artemis Strategic Investment Corporation and agreed to create a new wholly-owned subsidiary of Novibet based on a pre-transaction enterprise valuation of Novibet of $625 million.

Commenting on the combination agreement, Novibet chief executive officer George Athanasopoulos outlined the company “has always focused on generating revenue growth that delivers positive cash flow,” seeing the merger with Artemis as an opportunity to “both accelerate growth” in its existing markets and “efficiently enter” new markets.

“We see a significant growth opportunity in North America as our planned launch of operations in the U.S., Canada and Mexico will significantly grow our TAM with our expected initial market access agreements for seven states enabling us to reach 14% of the U.S. population.”

Novibet is seeing the merger as key to executing a multi-pronged growth strategy to boost its total addressable market (TAM) by entering emerging and regulated iGaming markets in North America and multiple Latin American markets, as well as leverage its proprietary technology to grow market share in existing core markets in Europe and enter into additional markets.

In the US, Novibet has entered into market access deals for iGaming in Pennsylvania and is in the final stages of deals in six additional states, while in Canada the operator will be seeking a direct license to operate in Ontario and any other provinces as they become regulated.

In Latin America, Novibet is close to finalizing a market access agreement for Mexico in partnership with a land-based operator and is planning to seek entries via a joint venture partnership or strategic acquisition in Peru, Chile, Brazil, Colombia and Argentina.

The combined TAM in the US and Canada is expected to surpass $37 billion in 2026, with another over $4 billion in Latin America, while in Europe, where Novibet is already present in Greece, Italy and Ireland and is planning to enter Sweden, the Netherlands, Romania, Belgium, Hungary, Germany, France and Spain via either a joint venture partnership or strategic acquisition, the TAM is estimated to exceed $29 billion.

“This record, combined with its demonstrated ability to successfully and profitably enter new markets as well as the significant opportunity to leverage its competitive advantages in new markets, including in North America, aligns with our original investment thesis and makes Novibet an ideal partner for Artemis.”

Unanimously approved by both companies’ Board of Directors, the transaction is expected to close in the second half of 2022, subject to Artemis shareholders’ vote and other customary closing conditions.

Upon transaction close, approximately 75% of the combined company’s equity will be held by Artemis founders and existing Novibet stakeholders, while Novibet’s ordinary stock will start trading on the Nasdaq Stock Market.