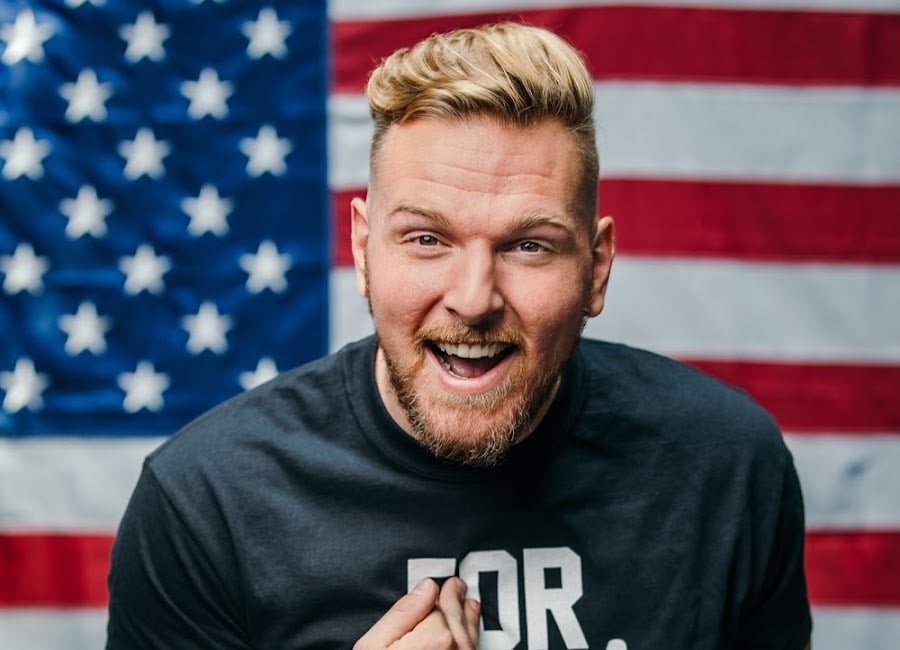 Terms weren’t announced in a FanDuel press release, but in a video, McAfee said it’s a three-year deal with an option for a fourth year.

We just got paid an absurd amount of money,” McAfee said in the video.

Shams Charania of The Athletic reported on Twitter, citing industry sources, the deal was worth $30 million annually.

The deal means FanDuel will continue to be the official sportsbook partner of Pat McAfee Inc. and the Pat McAfee Show. Beyond that McAfee and his online broadcasting team will, according to the FanDuel release, “attempt to create new shows/segments that are considered above average” and outside of the daily online show.

McAfee’s show, which runs live on YouTube weekdays from noon-3 pm ET, will also get a new look as the Indianapolis-based studio gets a makeover, with FanDuel getting naming rights for new set as well.

McAfee’s team will also be behind FanDuel promotions, including a “crowd-sourced Spread the Love” betting opportunity. Spread the Love is a special marketing promotion that FanDuel uses for select games in specific markets. Most times, FanDuel will adjust the point spread every time a certain number of bettors make a wager on the game.

The bet in effect becomes a bonus for bettors as the spread becomes an absurd amount. Back in January 2000, the spread in an Indiana University basketball game topped more than 100 points.

The McAfee-FanDuel partnership evolves as sports betting operators and gaming companies look to deepen their ties with media entities.

The best-known partnership is Penn National Gaming’s buy-in on Barstool Sports to make it the brand for the casino chain’s sportsbooks. In a move more comparable to FanDuel’s deal with McAfee, DraftKings earlier this year became a content distributor for Dan Le Batard’s Meadowlark Media.

FanDuel Chief Marketing Officer Mike Raffensperger said in the company’s release that McAfee is the “fastest-growing star” in sports media. He added that the company looks forward to doing more with McAfee’s team.

The company also said the Pat McAfee Show is “the gold standard” in terms of live-odds integration and broadcasting wagering content. That includes odds boosts and enhancements.

“Of course, Pat isn’t just our best marketing partner, he’s also one of our best customers so we expect he will give us some of the money back,” Raffensperger joked.

Who is Pat McAfee?

McAfee, 34, played eight seasons in the NFL, all for the Indianapolis Colts. In a 2014 Indianapolis Star article, he talked about how winning $1,400 in an underground poker club led to him eventually getting a college scholarship to play football.

He was one of the top punters (the American football kind) but retired before age 30 to break into sports media. That included a stint with Barstool Sports, which he said in Thursday’s video helped him as he looked to get established.

He’s also been a broadcaster on ESPN and worked with WWE as well.

His online show does attract a large audience for online media, which is a key target audience for companies like FanDuel. According to HypeAuditor, McAfee has 1.6 million subscribers to his YouTube channel. On Twitter, he has more than 2.2 million followers.

The average audience for one of McAfee’s YouTube videos is about 175,000, and the highest audience he’s had was nearly 617,000.

In recent weeks, his show has garnered attention for McAfee’s segments with Green Bay Packers quarterback Aaron Rodgers, which included Rogers discussing his bout with COVID-19 and the treatments he took instead of getting a vaccination.