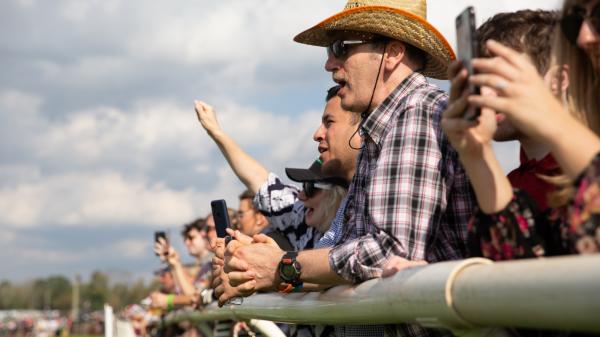 In yet another sign that the sport is rebounding from the pandemic, the Far Hills Race Meeting Association announced that the purse of the American Grand National will increase from $150,000 last year to $250,000, when the 101st running takes place on Oct. 15. The increase will make the race the richest on the 2022 National Steeplechase Association calendar.

The Grand National is one of five Grade 1 fixtures on the NSA schedule this year. The Iroquois, in Nashville, is scheduled for May 14, followed by the A.P. Smithwick July 20 and Jonathan Sheppard on Aug. 17, both at Saratoga, and the Lonesome Glory, either at Belmont Park or Aqueduct, on Sept. 15. The purse for each of those races is $150,000.

“This will really put an exclamation point on steeplechasing’s biggest day and the overall season,” said Far Hills Race Meeting chairman Guy Torsilieri. “On Oct. 15, all eyes will be on Far Hills, and we want to do everything possible to attract the biggest and best field that includes not only the outstanding American jumpers, but stars from abroad. The larger purse has the potential to achieve that goal and grow the sport, which is our top priority.”

Prior to the pandemic, the Grand National boasted a purse of as large as $450,000, making it a lucrative target for some of Europe’s top trainers, including Gordon Elliott, Willie Mullins, and Nicky Henderson, and riders like Ruby Walsh, Davy Russell, Nico De Boinville, Danny Mullins, Jack Kennedy, and Robbie Power. In fact, European jumpers won back-to-back runnings of the Grand National in 2018 and 2019, with Jury Duty and Brain Power, respectively.

Steeplechase racing is enjoying widespread publicity thanks to the spirited rivalry between The Mean Queen, the 2021 Eclipse Award-winning mare, and Snap Decision, who tied the Thrice Worthy’s record of nine consecutive wins. The Mean Queen’s thrilling triumph in the Lonesome Glory caught the eye of the New York Racing Association and Fox Sports, producers of America’s Day at the Races, leading to national television coverage of their highly anticipated rematch at Far Hills in October, which resulted in an even tighter decision between the two titans.

Based on the response that NYRA and Fox received, they have committed to expanding coverage of steeplechase racing in 2022 and are planning to televise this year’s Far Hills Races, which will offer pari-mutuel wagering on all six races in partnership with Monmouth Park. The Mean Queen and Snap Decision are on target to clash for the first time this season at The Iroquois Steeplechase on May 14, 2022.