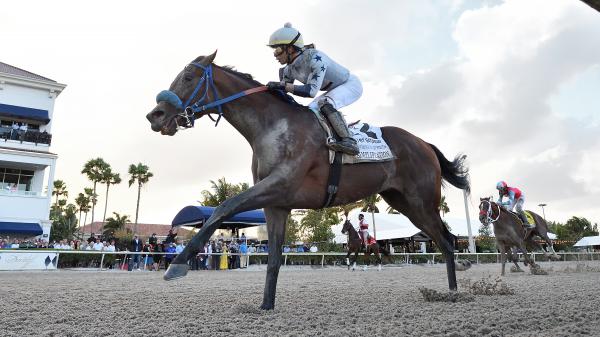 Five Key Takeaways from a Momentous First Weekend of March

INEVITABLE COMPARISON: Trainer Antonio Sano captured the Fountain of Youth Stakes five years ago with Gunnevera, who went on to a fine career that included a seventh-place Kentucky Derby finish, a fifth-place effort in the Preakness, and more than $5.5 million in earnings. After Simplification delivered for Sano in the Grade 2 Fountain of Youth on Saturday, Sano suggested the son of Not This Time could ultimately surpass Gunnevera’s accomplishments. “Both horses are nice horses, class horses. But Gunnevera wanted to go all the time. This horse is different. He can run in front or from behind. It doesn’t matter,” Sano said. Such versatility can be huge in a 20-horse Kentucky Derby field. Simplification’s final prep for the first Saturday in May will come in the $1 million Curlin Florida Derby on April 2 at Gulfstream.

KEEPING FAITH: Emmanuel had everything go right when he won his first two starts for Hall of Fame trainer Todd Pletcher. That was hardly the case when the youngster tested graded-stakes competition for the first time in the Fountain of Youth, resulting in a fourth-place finish. “He got squeezed [coming out of the gate] a little bit. Dirt started hitting him in the face,” Pletcher noted. “And then he ran a long way, very wide all the way around.” He definitely saw enough to keep Emmanuel on the Derby trail. “He got a lot of experience. I don’t think it was bad race when you consider the break and the ground lost,” Pletcher said. “He ran better than it looks on paper.”

PASSING TEST: Hall of Fame trainer Richard Mandella was not certain how Forbidden Kingdom would handle his first two-turn test in the 1 1/16-mile San Felipe Stakes at Santa Anita. It could not have gone any better. The son of 2015 Triple Crown winner American Pharoah shot to the lead for Juan Hernandez and went on to dominate by 5 ¾ lengths in 1:43.98. “I didn’t think he’d overpower them like that,” Mandella said. “I think he’s getting better.” Forbidden Kingdom earned 50 qualifying points in the San Felipe, almost certainly enough to qualify for a berth in the Kentucky Derby. For all he has accomplished, Mandella is winless with six starters in the Kentucky Derby. “I’m due,” he said. He expects to use the $750,000 Runhappy Santa Anita Derby on April 9 as Forbidden Kingdom’s final tune-up.

SWEET VICTORY: The Santa Anita Handicap had been an elusive target for trainer John Shirreffs, 76, through the decades. Not anymore. Express Train, owned by Lee and Susan Searing’s C R K Stable, filled in that gap in Shirreffs’ resume with a head victory against Warrant for jockey Victor Espinoza in a prolonged stretch duel on Saturday. “He participated in all of the big races we had on the West Coast and he’s been there and shown up,” Shirreffs said. “To have him win the Santa Anita Handicap, it’s just thrilling.” The outcome was timely because Shirreffs is among this year’s candidates for the Racing Hall of Fame. “Just to be considered is great,” said Shirreffs. Winners will be announced May 11.

PATIENCE REQUIRED: Kathleen O. kept her perfect record intact through three starts when she closed powerfully to capture the $200,000 Davona Dale Stakes Presented by FanDuel by two lengths over Classy Edition on Saturday at Gulfstream. Her style has been the same in all three races for trainer Shug McGaughey and jockey Javier Castellano – trail early before launching an overwhelming kick. “She always breaks slow out of the gate, but that’s her style,” Castellano said. “Every horse is different. Turning for home, I was loaded. I was just looking for the seam and trying to split horses and that’s exactly what I did.” Kathleen O. assured herself a place in the May 6 Longines Kentucky Oaks, banking 50 qualifying points in the Davona Dale.