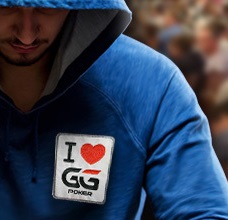 Sponsorship deals for everyone. That’s the underlying premise of the new Patch Me Up campaign from GGPoker.

GGPoker is handing out prizes and sponsorship deals to players who wear a patch in live UK events. (Image: GGPoker)

In its ongoing quest to innovate, GGPoker is giving players a chance to become flag bearers. The new Patch Me Up campaign will reward players who represent the brand at selected live events held in the UK.

Announced on May 24, the promotion essentially gives everyone the chance to become an ambassador for a day.

Promote GGPoker and get something in return

Online poker operators have been giving patches to players ever since Chris Moneymaker won the 2003 WSOP Main Event. The marketing team at GGPoker has certainly embraced this strategy over the past few years, but now the practice is being turned on its head.

Players can now visit GGPoker and apply for a patch. After that, they look through a list of eligible tournaments in the UK and, if they play, post a picture of their patch on social media.

As long as the post also includes the hashtag #LoveGGPoker, the patch-wearer will go into the latest “content challenge.” Those who rank high enough in one of the challenges will win a selection of prizes, including tournament tickets and bonus credit.

In addition to giving prizes to patch wearers, GGPoker will select 10 players from each challenge to become official ambassadors for a day. The offer is valid for the next eligible tournament and GGPoker will cover 100% of the buy-in.

Angela Martin, GGPoker’s head of marketing for the UK and Ireland, described the campaign as a grassroots effort. Instead of focusing all of the attention on its team of top-tier ambassadors, including Daniel Negreanu, Martin believes players at “all levels” should have the chance to be seen.

The days of online poker sites handing out sponsorship deals like candy are over. With tighter budgets, more competition, and new marketing strategies, a trend that was popular during the poker boom has faded. But, while those days might be over, GGPoker’s latest campaign is giving players a chance to feel like sponsored pros, even if it’s just for one day.