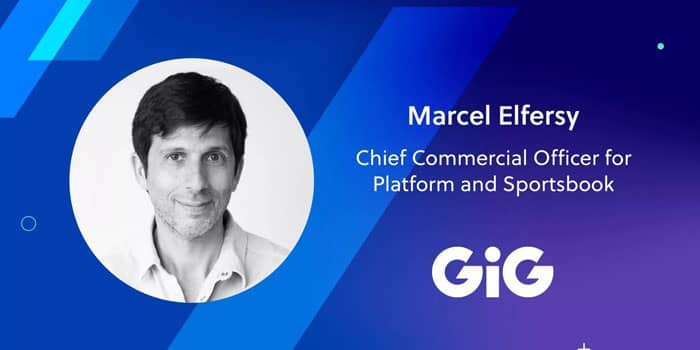 GiG Ready to Enter the New Year With Real Excitement

The company that strives to become the industry leader in platforms and media content while driving sustainable growth and profitability has made the new appointment to further expand the group’s technology reach. To achieve these goals, Elfersy will work closely with GiG’s sales and commercial team while going after the exciting opportunities provided by regulated global markets.

Speaking about the new appointment, the group’s chief executive officer Richard Brown referred to Elfersy’s high caliber and experience as assets that will help them take a “significant step forward” in leveraging their full potential. Brown also mentioned the company’s ongoing interest in improving its work as one of its main operating principles, while mentioning the strong foothold of the business in “diverse and high-value areas” of the Business-to-Business supply chain part of the sports betting and iGaming industry. Accordingly, the group is looking forward to entering the new year “with real excitement.”

Speaking about his appointment, Elfersy expressed his super-excitement to be joining Richard together with the “all-star-team” at GiG. The new CCO also said that he was “really impressed” by the group’s strategic growth as a premium Business-to-Business provider in the past few years, while praising their market agility and “unrivaled regulated omnichannel portfolio,” along with their completion of proven services and products.

Elfersy was also Come2Play’s board member for two years and he spent time working in a number of important positions for T-Mobile UK, JPMorgan Chase, CenturyLink, as well as the US Department of Commerce and the US Defence Logistics Agency. At the beginning of December, GiG inked a partnership with News Corp UK & Ireland, bringing its sports betting and casino content to News Corp’s The Sun and talkSPORT platforms. During the same month, GiG also announced it would power Starcasino’s debut into the Spanish iGaming market.

2022-12-14
Previous Post: ACMA Continues Crusade Against Illegal Operators
Next Post: Check Out Five of the Biggest Hands from the WPT Prime at Wynn Las Vegas