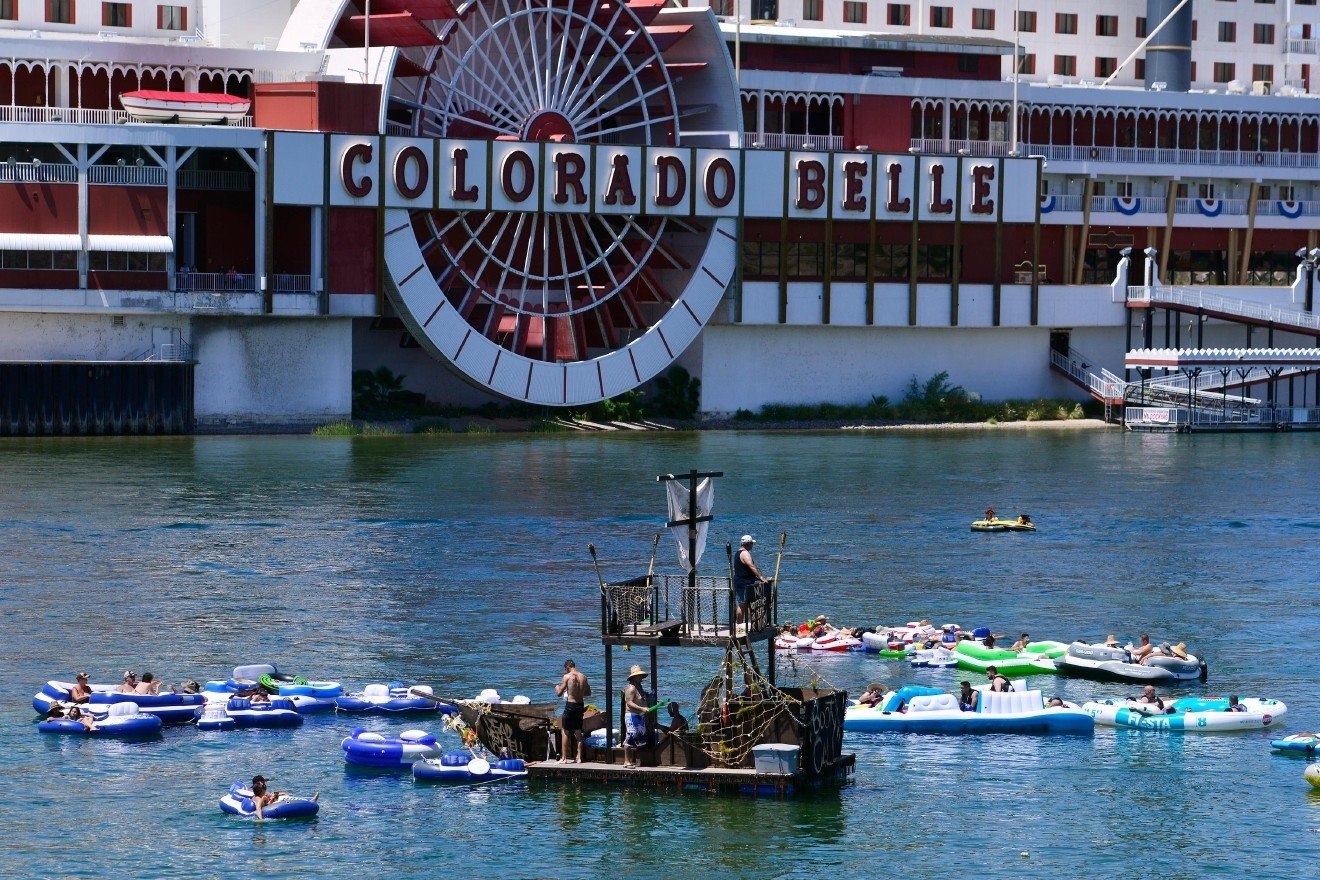 Golden Entertainment Could Make Call On Colorado Belle In 2023

Golden Entertainment (NASDAQ: GDEN) could render a decision on the fate of the currently shuttered Colorado Belle in Laughlin, Nevada next year. But it’s unlikely the operator will reopen the riverboat casino.

The Colorado Belle in Laughlin, Nevada. Golden Entertainment could make a decision on the venue in 2023. (Image: KSNV)

In an interview with Richard Velotta of the Las Vegas Review-Journal, Blake Sartini II, the son of Golden Chairman and CEO Blake Sartini, said the operator would like to make a decision on what’s next for the Colorado Belle in 2023.

I think the reopening is probably something we would not approach again,” said Sartini II in the interview. “We were successful in moving that business to the other two properties. What that has allowed us to do now is to focus on what can we do with that land.”

The elder Sartini addressed the fate of the Colorado Belle earlier this year on the company’s second-quarter earnings conference call. The chief executive officer noted the operator is maintaining the gaming license for the riverfront casino-hotel while “exploring A to Z opportunities for that piece of property.”

While the vast majority of Nevada casinos reopened following the state-mandated coronavirus closures in early 2020, some have not, and the Colorado Belle is part of that group and has been shuttered for more than 30 months.

As is the case with other gaming companies that operate multiple casinos in the same market, Golden shifted business from the Colorado Belle to the Aquarius and Edgewater — its other Laughlin venues.

As the gaming license holder and real estate owner, Golden holds all the cards regarding Colorado Belle’s future. The operator could demolish the venue, turn it into a non-gaming venue, or sell it to a competitor. In the Review-Journal interview, Sartini II didn’t mention the possibility of selling the venue.

It’s possible that an operator looking to enter Nevada could be interested in buying the Colorado Belle. But under that scenario, the prospective buyer would be entering into direct competition with Golden and Caesars Entertainment — the two dominant players in the Laughlin market.

While Golden reopening the venue appears highly unlikely and sale talk is just speculation at this point, there are still plenty of options for what the owner can do with the Colorado Belle.

“It’s a premium piece of land in that market. It might be nice to maybe put the event center down in that space and have an event center right there on the river. It’s something we’ve often talked about as well,” said Sartini II in the Review-Journal interview.

Separately, Sartini II said Golden is has expansion plans for its PT’s Pub brand. The operator is adding another PT’s location at Desert Inn and Durango in Las Vegas in the second quarter, with the possibility of several more venues coming online in the second half of 2023.