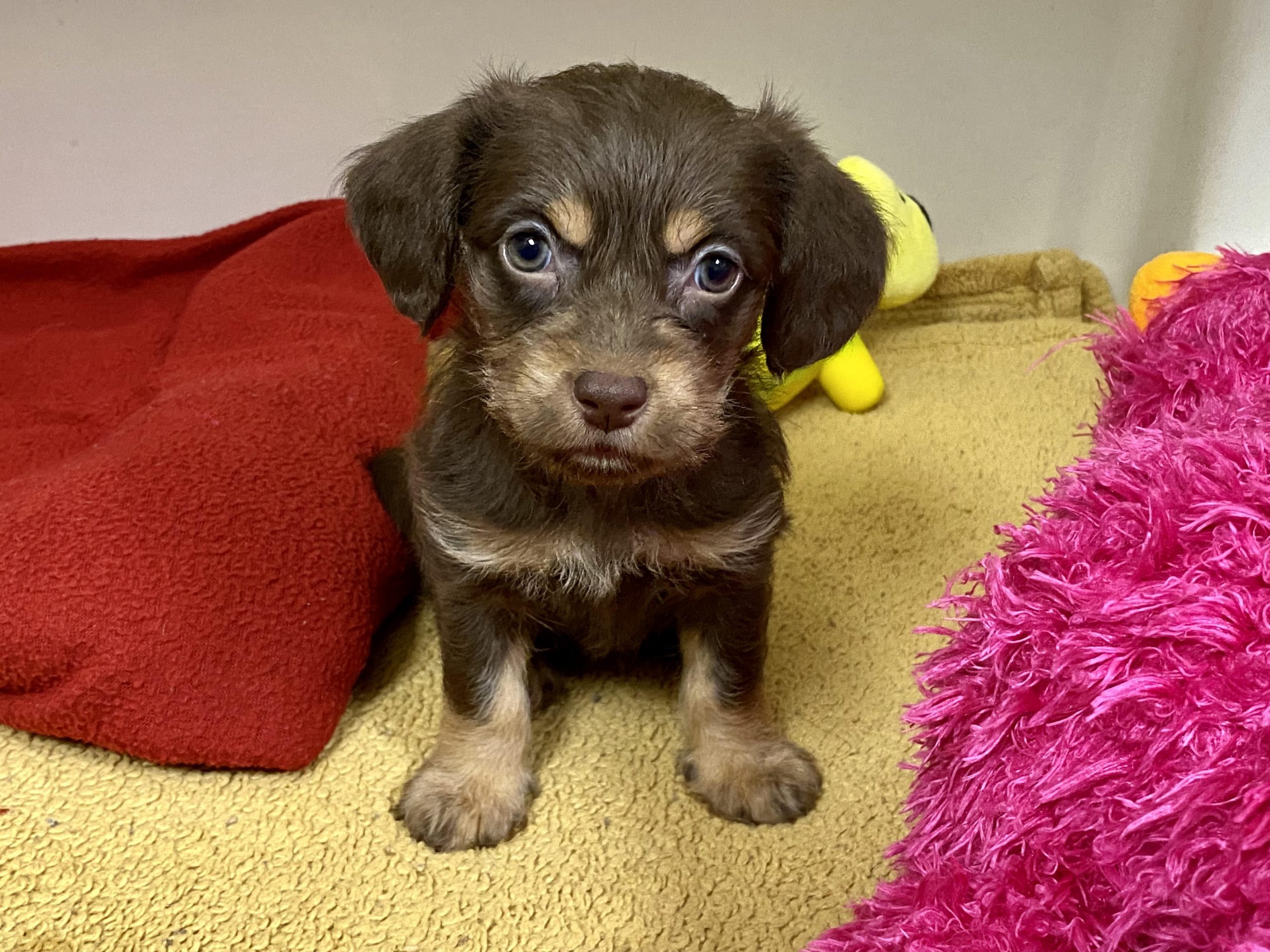 A nine-week-old puppy was apparently abandoned on Tuesday at Harry Reid International Airport. Her name is Penny, and she now has a new home.

Penny, pictured above. The puppy was abandoned this week at Harry Reid Airport. She has a new home, having been placed with a new family. (Image: The Animal Foundation)

Personnel found her near a departure gate. She reportedly was found inside an animal carrier.

Penny was turned over to The Animal Foundation, a Las Vegas-based animal shelter. They cared for her. As of Friday, she had been placed with a new family.

She was wearing a collar that said “Penny,” the shelter said. The collar had a heart on it.

She is healthy and alert. She is sweet and playful, and she loved posing for photos,” Kelsey Pizzi, a spokesperson for The Animal Foundation, told Casino.org.

She did not have an implanted microchip. No one has come forward to reclaim her. Without a microchip or a tag that identifies an owner’s address, it becomes very difficult to identify who previously owned the dog.

Her breed is unknown, too. Pizzi explained that visual breed identification is often unreliable and inaccurate, even by trained veterinary professionals.

It is unknown whether any surveillance video at the airport showed who carried her into the terminal.

But the Las Vegas shelter was able to place her quickly. The Animal Foundation has many other animals available for adoption.

Last week, luggage was left for days in airports nationwide because of numerous flight cancellations. Some passengers did not even know where their luggage was located, NBC News reported.

It is unknown if that airline chaos had anything to do with finding Penny alone in the airport.

The flight delays and cancellations were blamed on the winter weather and other causes. More than 1 million US passengers were impacted, NBC reported. Many passengers were stranded for several days.

Southwest Airlines alone canceled more than 13,000 flights between December 22 and 29. The travel disruptions likely impacted visitors making their way to Las Vegas casinos during the holidays.

Harry Reid Airport had cautioned passengers to expect large crowds in terminals during the holiday period, especially with the delays.

Even without delayed or canceled flights, there are situations where family pets are flown to the wrong airport.

For instance, Madison and James Miller relocated recently from England to Tennessee.

IAG Cargo, affiliated with British Airways, was responsible. The Millers paid about $2,100 for Bluebell’s initial flight. To get her to Tennessee, she was placed on three different international flights. The company covered the costs.

Bluebell is now in Tennessee with her family. But the owners say she was impacted by the three-day separation from her family. She has anxiety, too.