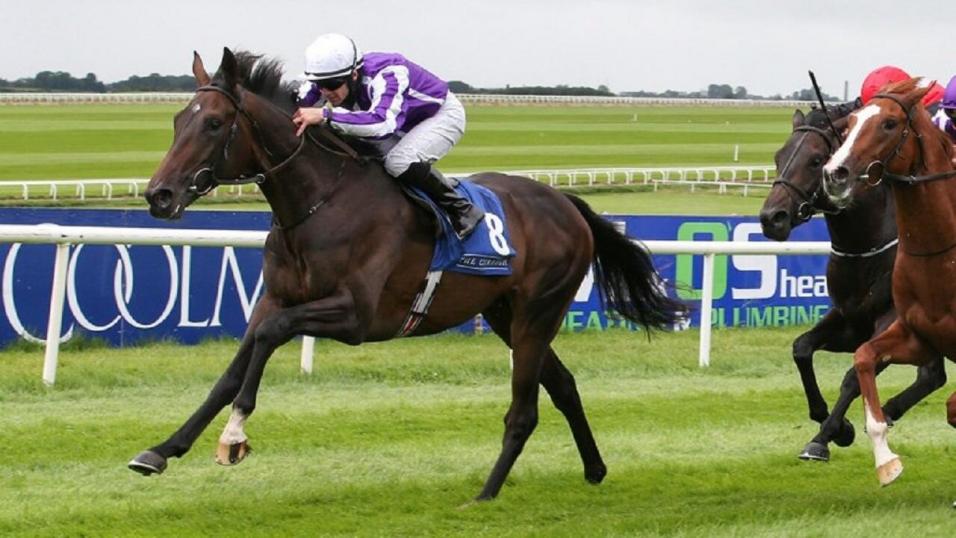 High Definition to get career back on track

It’s not stretching things to say that High Definition was one of the disappointments of last flat season, but I’m taking him to restore some of that tarnished image by triumphing in the Group 3 Hollywoodbets Alleged Stakes (15:05) at the Curragh on Sunday.

Aidan O’Brien’s striking son of Galileo was unbeaten in two starts as a juvenile, the second of them in the Group 2 Beresford Stakes at this track, and he shaped with plenty of promise when third on his 2021 bow in the Dante at York last May.

However, the wheels fell off in spectacular fashion after that promising run, with High Definition suffering heavy defeats in the Irish Derby, Great Voltigeur and the St Leger, the latter in first-time cheekpieces.

Having seen this horse in the flesh, he’s every inch a Group 1 performer on looks, and I’m retaining the faith despite that somewhat underwhelming second half of the season.

Aidan O’Brien is on record as saying that they probably rushed him a little as a juvenile, when maybe he would have been better off left to fill out his big frame, and he was perhaps just a little too weak to do himself justice last year.

It looks highly significant that the Ballydoyle operation are persevering with High Definition as a 4-y-o, and I’m confident he can leave that rather lacklustre 2021 showing behind him this year.

Ground may not be testing enough for main danger

This race will be no gimme, however, with the likes of Group 1 winner Helvic Dream heading up the opposition.

Noel Meade’s gelding saw the backside of Broome three times early last season before finally getting the better of that one by a short head over this C&D in the Tattersalls Gold Cup last May.

However, I’m not convinced he’s quite as good as that win makes him out to be, the very soft ground playing to his strengths while plenty of his opposition failed to handle conditions on the day.

The ground at the Curragh as I type this is currently described as yielding, and whether that’s enough to enable Helvic Dream to reproduce the form of the Gold Cup remains to be seen.

Progressive Paname to take next step up the ladder

The following Group 3 Hollywoodbets Gladness Stakes at 15:40 features a progressive type in Markaz Paname, who can take the next step up the ladder having won a handicap from a mark of 97 at Naas on his seasonal return last month.

Ger Lyons’ son of Markaz bolted up in a Cork maiden in September before finding a couple too good in a listed contest at Dundalk on his next start, where he was conceding a little bit of experience to the pair that beat him.

However, Markaz Paname left that performance well behind when taking that aforementioned Naas handicap in March, travelling smoothly through the contest and quickening up well to settle matters in comfortable fashion.

Deserving of a step back up in grade after that impressive win, Markaz Paname looks sure to take all the beating here, particularly as he receives plenty of weight for being one of only a pair of 3-y-os in the line-up.

Over at Tramore, jumping fans are catered for with a seven-race card, and Prince Zaltar makes plenty of appeal with an eye-catching jockey booking in the handicap hurdle at 15:22.

A maiden who looks to have been brought along steadily, P J Rothwell’s charge ran really well when third in a novice hurdle at Clonmel last time and looks far from over-burdened starting his handicap career off a mark 95.

Prince Zaltar attracted some support before that good effort last time and arguably could have finished closer but for making a blunder two from home.

The winner of that race was a short-priced Gordon Elliott trainee, so it’s not surprise that the selection couldn’t lay a glove on that one, though it’s encouraging he did pull a long way clear of the fourth.

The icing on the cake for me is the booking of Rachael Blackmore for the ride of Prince Zaltar. She takes over from claiming rider J P O’Sullivan, and that’s a real sign of intent from connections as this one heads into handicap company for the first time.