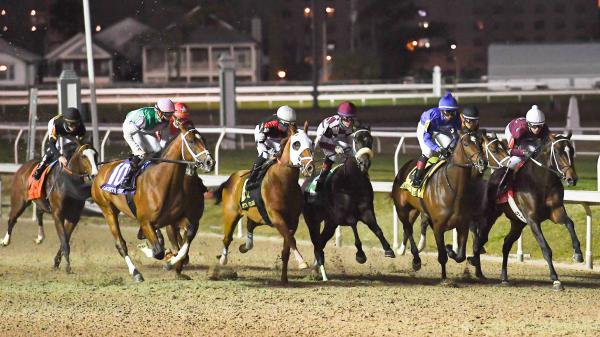 The $200,000, Grade 3 Lecomte Stakes Saturday at Fair Grounds showcases nine recently turned 3-year-olds and is the second of a four-race prep series at the New Orleans track on the Road to the Kentucky Derby, following the Dec. 26 Gun Runner Stakes. Depending on how some of these horses progress, they could be seen in the Risen Star Stakes Presented by Lamarque Ford four weeks from now on Feb. 19, and then hopefully in the Louisiana Derby on March 26.

Leading the Lecomte field is Epicenter, winner of the Gun Runner, a race in which he earned 10 points that could end up being significant later in the season. Graded stakes winner Pappacap is notable as his two runner-up efforts last fall but came against unbeaten and untested Corniche in the Grade 1 American Pharoah Stakes and in the Grade 1 TVG Breeders’ Cup Juvenile Presented by TAA. Unified Report is unbeaten in three races but gets a test on two levels Saturday as his wins in the Louisiana Legacy Stakes and Louisiana Juvenile Stakes were against Louisiana-breds and were sprint races, and he will be tackling two turns for the first time in the Lecomte. Trafalgar is an up-and-coming horse who has won two in a row, including a race at the distance of the Lecomte at Fair Grounds. Cyberknife also won his most recent start at this distance and over the track, but it was a maiden race so he is stepping way up in class. Presidential was impressive when winning by 7 ¾ lengths in his second career start, but that was nearly five months ago so he could be a bit short of ready for this caliber of field. Blue Kentucky finished third in the Sugar Bowl Stakes near the end of December and he too is trying two turns for the first time. Surfer Dude finished third behind Epicenter in the Gun Runner Stakes after leading for the first six furlongs and will be trying to improve on that effort, while Call Me Midnight was last seen finishing seventh of 11 in the Grade 2 Kentucky Jockey Club Stakes near the end of November.

Epicenter improved markedly last November in his second career start when stretching out to a mile (around one turn) for the first time and controlling the tempo from start to finish to beat nine other horses rather easily by 3 ½ lengths. Moving way up in class from the maiden ranks to run in the inaugural running of the Gun Runner Stakes – and also trying two turns for the first time – Epicenter improved again to post a career-best 98 Equibase Speed Figure while cruising to a 6 ½-length win in “ridden out” fashion. Those two figures offer this colt a “double advantage” over the other eight entrants, as the lower of the two is higher than the higher of the last two figures of any of the other horses. Historically, these types of horses have a high probability to win. Considering that his win was at Fair Grounds and at the distance of the Lecomte and that Epicenter is making only his fourth career start and second around two turns, this colt is the one to beat in the Lecomte.

Trafalgar shows a similar pattern to Epicenter, except he hasn’t run in a stakes race yet. Trafalgar finished second in his debut last summer at the same seven-furlong distance that Epicenter finished sixth in in his debut. In his second career start, also in a one-turn mile last fall, Trafalgar improved markedly, rallying from ninth of 10 to draw off late and earn a career-best Equibase figure, in this case an 88. Now this is where the two colt’s paths diverge. Trafalgar took two months off and ran in an allowance race at Fair Grounds on Dec. 2 instead of a stakes race as Epicenter did. Although he only won by a head and earned a figure of 82 that was lower than his previous race, Trafalgar showed a lot of mental toughness in that victory which may benefit him in the Lecomte. Looking back at his effort, after he stalked in second and then moved out to the lead by a 1 ½ lengths in the stretch, he was challenged in the final yards but held his ground to emerge victorious by a head. Trafalgar makes his second start off the layoff, his second over the Fair Grounds surface and his second at this distance Saturday and also draws one position inside Epicenter in the gate. If in the final yards these two colts are neck-and-neck, Trafalgar may have the mental talent to post the mild upset and win.

Pappacap began his career last spring and summer in sensational fashion, breaking his maiden easily by almost three lengths then winning the Best Pal Stakes at Del Mar by nearly five lengths. After a mediocre fourth-place finish in the Runhappy Del Mar Futurity last summer, trainer Mark Casse did not give up on Pappacap and entered him in a two-turn race for the first time in the American Pharoah Stakes. In that race he ran into Corniche, who had just galloped in his maiden win and was the prohibitive favorite. Even with Corniche rolling all alone on the front end, Pappacap stayed as close as he could and held second at 13.70-1 odds. Five weeks later in the Breeders’ Cup Juvenile, once again Pappacap faced Corniche and while that one romped wire-to-wire as the heavy favorite, Pappacap finished second of 11 in a fine effort, earning a career-best 95 Equibase Speed Figure in the process. It might be a tougher task to run as well off nearly three months away from the races as compared to Epicenter and Trafalgar, but if Pappacap is fit to run as well as he did in his last race off workouts alone he should be a strong factor in this year’s Lecomte Stakes.