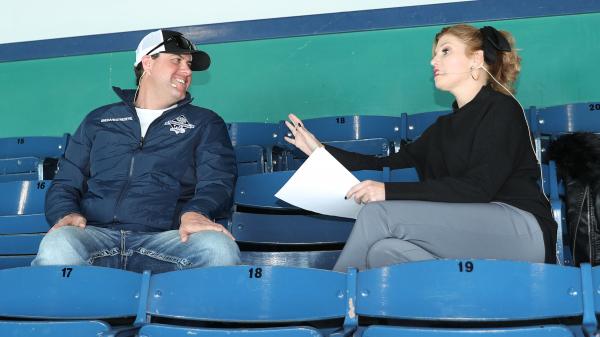 Even though owner Staton Flurry’s resume includes winning the 2020 Longines Kentucky Oaks with Shedaresthedevil and the 2022 George E. Mitchell Black-Eyed Susan Stakes with Interstatedaydream, he still parks cars every day of the Oaklawn Park meet in the lots he owns with his mother, Dorothy. Meanwhile, he’s gearing up for Interstatedaydream’s 4-year-old campaign and dreaming of the future with his 2-year-olds in training.

Born in Hot Springs, Ark., and raised on Trivista Street adjacent to the racetrack, Flurry, 32, became a fan early on.

“I always joke if I timed a jump right on my trampoline in my backyard, I could see the horses run by over the fence,” Flurry said. “My friends and I would sneak around after school to the backside and watch the horses run by.”

He grew up working on the family lot. Hall of Fame trainer Bob Baffert parked with them once, and a host of regulars and colorful characters continue to keep the work interesting.

“Different owners and trainers parking with us would say, ‘Come over and watch my horse,’” he said.

The first horse he recalls being a superfan of was 2004 Arkansas Derby and dual classic winner Smarty Jones. He also remembers skipping class his freshman year at Henderson State University to watch Zenyatta come in at the airport for the Apple Blossom Stakes.

Flurry always wanted to own his own Thoroughbred, and right before he graduated from college, he claimed his first horse, Let’s Get Fiscal, on March 23, 2012, for $12,500. Two races later, she won at Lone Star (the Oaklawn meet had concluded). Flurry was hooked.

Flurry designed his own silks, which feature a prominent white snowflake on the front and back and black and white checkered sleeves, the latter representing his love of auto racing.

“I used the money from my first horse to buy a better one,” Flurry said. “I built on each one and that led us to Mr. Misunderstood.”

Mr. Misunderstood was named after a 2015 album by country music artist Eric Church. He captured four graded stakes and was $32,074 short of being a millionaire.

“Mr. Misunderstood got me where I’m at.” Flurry said. “We used his winnings to buy into Shedaresthedevil, and that worked out pretty darn good for us.”

Flurry gives back to the industry by serving on the board of directors of the Arkansas HBPA (Horsemen’s Benevolent and Protective Association).

“We’re trying to make everything better for everyone, the big guy, the little guy, leveling the playing fields,” he said. “The aftercare aspect has been rewarding to be a part of. We started the Arkansas Thoroughbred Retirement Program to help Oaklawn-raced horses find second homes and careers.”

While Oaklawn is his beloved home, Flurry is also a Del Mar enthusiast. He sent a string to the seaside track last summer and was able to spend around half of the meet there.

“When I left here in July, the heat index was 114. I got off the plane in San Diego and it was 74 degrees,” he said. “The atmosphere is great. It’s like Hot Springs: the town just lives and breathes racing.”

Flurry currently has around 20 horses in training. They are with trainers Brad Cox, Karl Broberg, Jonas Gibson, Bill Spawr, and Nevada Litfin, and he recently claimed one with Cipriano Contreras.

Interstatedaydream is prepping for her 4-year-old debut. If everything goes according to plan, she is pointed toward Oaklawn’s $350,000 Azeri Stakes on March 11, and the team is hoping to use that as a springboard to the Apple Blossom.

Key of Life, a stakes winner at Keeneland, will make her first start as a 3-year-old soon, possibly in the Forward Gal Stakes Feb. 4 at Gulfstream Park.

Flurry is especially enthusiastic about his five 2-year-olds.

“When you buy a yearling, you’re buying a dream,” Flurry said. “We go to the yearling sales and buy them in hopes they are the next superstars, knowing more than likely they won’t be, but hopefully these dreams become realities.”

His biggest goal is to win the Arkansas Derby.

“I’d rather win that than anything else out there. That’s the one I’ve got circled, and everything after that is icing on the cake.”

It’s not that far of a leap from a trampoline on Trivista to the winner’s circle of Oaklawn’s signature race.