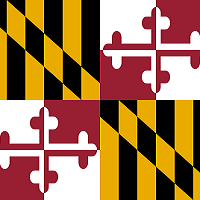 Is Online Gambling in Maryland Legal? • This Week in Gambling

The short answer is no, online gambling in Maryland is not legal, at least not yet. The government has legalized sports betting in person, in the state, but although the bill is passed, online sports betting will not be open to residents before the 1st of January, 2023. Therefore, all online sports betting activities are still considered illegal for Marylanders at the moment.

There are six million residents of Maryland who are passionate sport enthusiasts and legalizing sports betting will be welcomed as an important step by the government. To get more information about the legalities and the status of betting in Maryland, you can check out the site betbuddymd.com

The Status of the Recent Bill for Gambling in Maryland

The state government passed the bill to legalize online gambling on18th May 2021, which will come into effect on the 1st of January, 2023. Currently, apart from waiting until next January, there are no legal options for Marylanders.

Maryland has moved back and forth on deciding on legislation and prohibition of gambling in the state. In May 2021, it appeared like the state was moving with the times, but now things look different. Although sports betting has been legalized in Maryland after both houses passed Bill HB 940, the laws and rules will start to take effect after the market launches the shops and betting sites next year. The process is taking time, and it is expected that betting apps in Maryland will launch in fall 2022 or at the beginning of next year. Although much of the blame for the delays has been placed at the doorstep of the Sports Wagering Application Review Commission (SWARC), it is technically not their fault.

The language used in the bill has much in common with the bill regarding medicinal cannabis use. The bill seemed to point to a disparity as far as minorities, women and minority and women-owned businesses were concerned. This led to an industry-wide analysis to discover the extent of any disparity issues, while SWARC declined to move forward until this study was completed.

However, as per the law, the Maryland government has now legalized gambling on horse races, casinos, lotteries, raffles, bingo, and sports betting when the bill comes into effect on the 1st of January, 2023.

The Future for Gambling in Maryland

The governor, Larry Hogan, has expressed displeasure over the matter because of the slow down. He said that he had penned a letter to the Sports Wagering and Application Review Commission, which will be making the final decisions about licensing and allowing applicants to set up shops in the state. However, there have been unnecessary delays in the process as outlined above. The governor also says that the government will at least pass the legal sports betting laws for everything to get set up, to let people enjoy at least this NFL season by September.