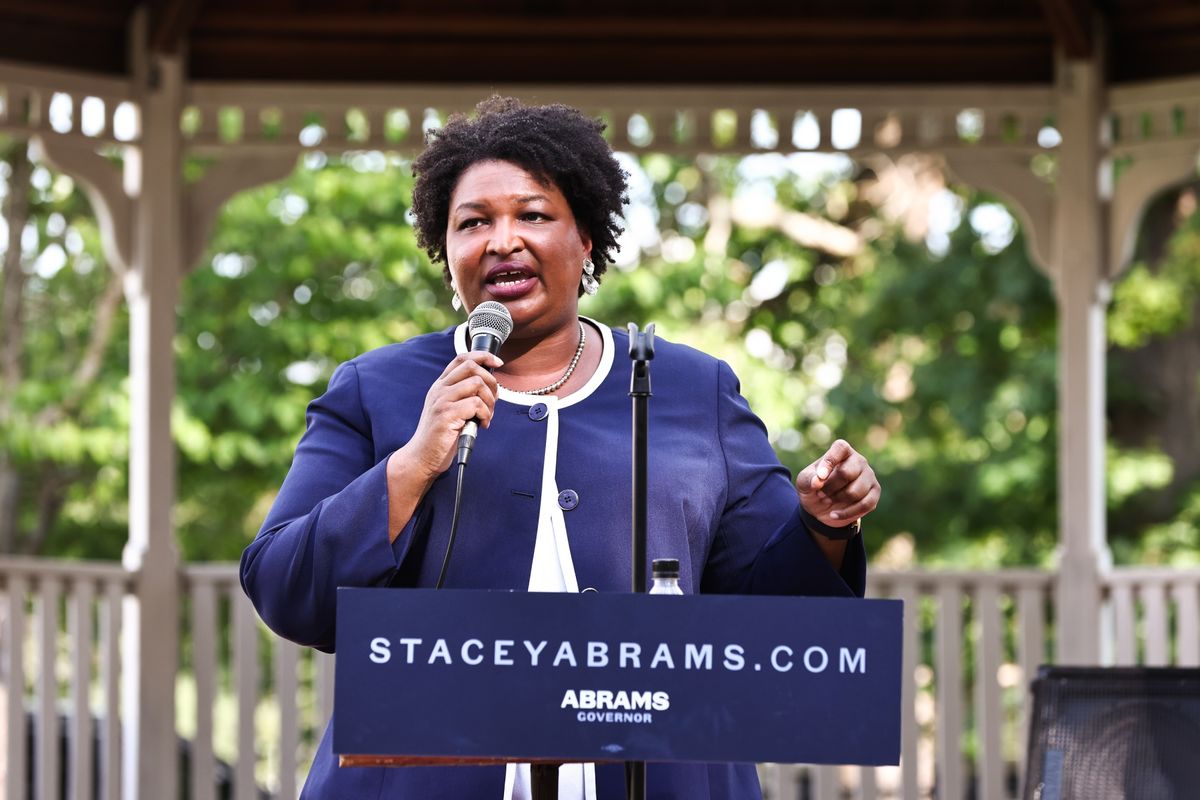 On Tuesday, Abrams said, if elected, she’d leverage government receipts from gaming to broaden access to higher education for Georgia teenagers maintaining a “C” average and above.

Studies project that the potential for billions exists in economic impact, funds that will not only finance our efforts to replenish and expand the HOPE scholarship but it will also provide new economic opportunities for Georgia that can grow jobs and make our economy stronger for everyone,” she said, reports The Atlanta Journal-Constitution.

Georgia has a lottery, but beyond that, the state has long been against other regulated forms of gaming, including commercial and tribal casinos and sports betting. The 2022 legislative session of the state’s General Assembly concluded in April with no concrete action on casinos and sports wagering.

Abrams is trailing the incumbent in the polls and is searching for avenues to reinvigorate her campaign ahead of Election Day on Nov. 8. In 85 of 100 outcomes, Kemp beats the challenger, according to political research firm FiveThirtyEight. He narrowly defeated Abrams in 2018.

Georgia’s process for liberalizing gaming options is similar to other states, where lawmakers would have to amend the state constitution and then send the questions to voters in the form of ballot initiatives. Two-thirds of the state’s House and Senate members would have to approve the amendments before the issue could be decided on by voters, meaning bipartisan support is required.

Lottery spending funds the HOPE college scholarship program. But as Georgia has added population, HOPE is only funding 70 percent of recipients’ university costs. That shortfall has prompted some politicians to pitch casinos and sports betting as avenues for filling the void.

Abrams pitching casinos and sports wagering as revenue generators is a tactic at least one other high-profile Democratic gubernatorial candidate facing a tough battle to unseat a Republican incumbent deployed.

In April, Texas Democrat Robert “Beto” O’Rourke said he’d consider supporting plans to bring casinos and sports betting to that state. Like Georgia, Texas has a lottery and a long history of opposing casino gaming.

As the second-largest state, Texas is widely viewed as an untapped golden goose by integrated resort and sportsbook operators alike. For sportsbook companies, Georgia is a coveted market because of the population’s affinity for college sports, Atlanta’s smattering of professional sports teams and the fact that, currently, none of the neighboring states allow mobile sports betting.

2022-08-10
Previous Post: Create Your Winning Story At Vera And John Casino By Using The Right Strategies
Next Post: 2022 University of Virginia Football Preview –