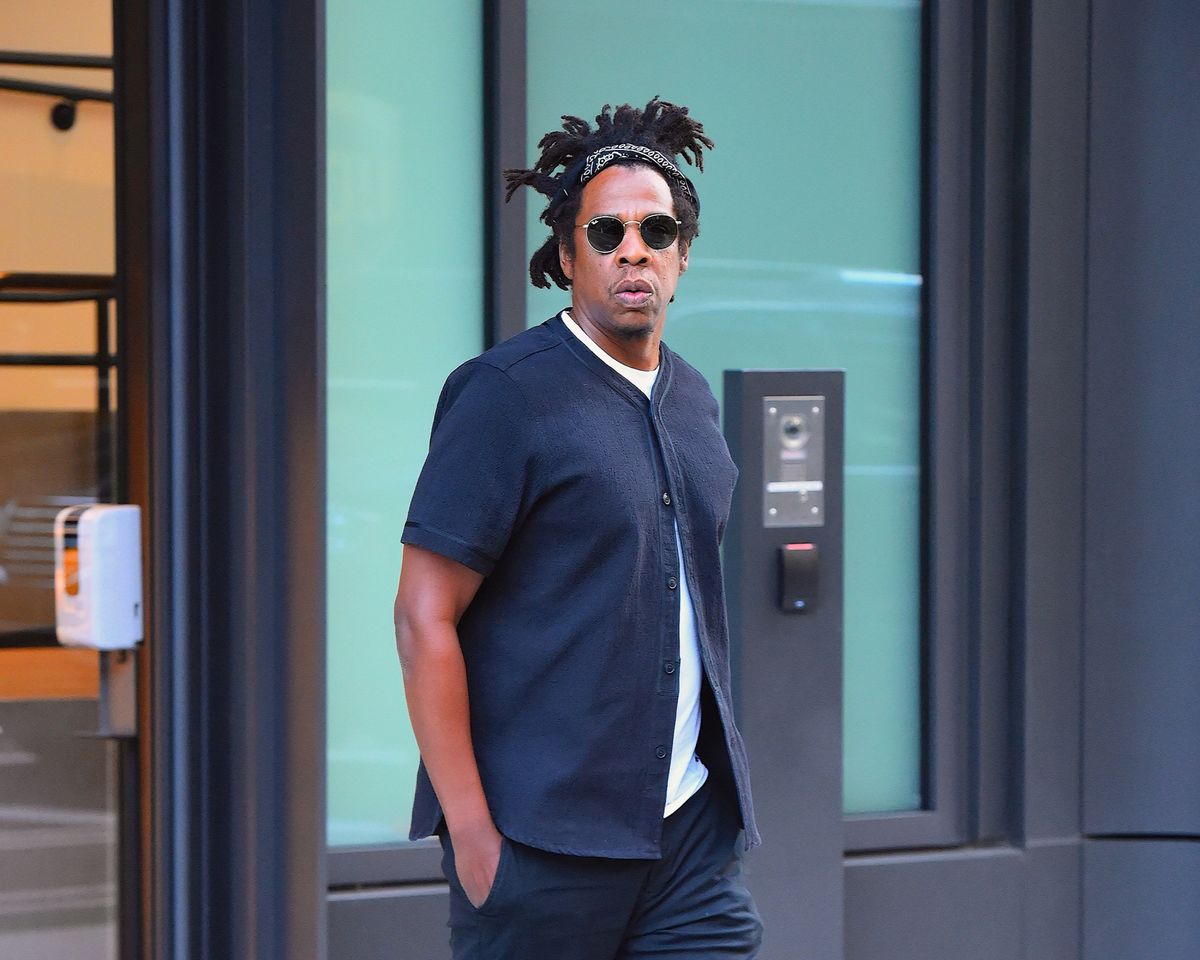 Jay Z is a performer. The actors on Broadway are performers.

But when it comes to putting a casino in Times Square, right in the heart of Manhattan’s theater district, these folks are not singing the same tune.

And if Jay Z cannot find a way to overcome community opposition, his partnership with Caesars could be dead on arrival after it is reviewed by the New York State Gaming Commission in January.

These folks are a big reason why. The Broadway League retweeted this post in late November:

My latest on the proposed #casino expansion in New York City.

Op-ed: Do the benefits of casinos outweigh the societal costs? History says no https://t.co/EYF2AduzQU via @CrainsNewYork

And the state legislator who cochairs the Racing and Gaming Commission thinks that would be unfortunate. Because at a certain point, a minority-led business should at least have a chance at succeeding in New York’s rapidly expanding legalized gambling industry.

“He brings in star power, but does that sway the Broadway League?,” asked State Assemblyman J. Gary Pretlow in an interview Wednesday at his Mount Vernon, N.Y. office. “I’ve always pushed for minority participation in the gaming industry. But it really isn’t there with the possible exception of Bally’s.”

Jay-Z certainly has stars aligned against him.

But these are the stars who walk onstage for the tourists and the upper crust of New Yorkers who can afford Broadway theater tickets. They get to see the likes of Patti LuPone, who was the hypocritically unmasked leader of the mask shamers as recently as six months ago (and had New Yorkers cheering her foul-mouthed intolerance):

Patti LuPone’s clapback to an audience member not wearing a face mask properly is EPIC!

Anybody who wants a downstate casino license can bid for one between now and mid-January, when the state Gaming commission will stop accepting applications. Each application comes with a $1 million fee to cover background checks on the applicants, which will be a time-consuming process.

Community boards in each of the proposed casino development areas must give their approval, and that is where it may get tricky for Jay Z, for Mets owner Steve Cohen, and for a bunch of other heavy hitters whose fortunes on this issue could crash and burn when those community boards vote.

All of this will unfold over the course of 2023, and there is a possibility that more than four entities will pass muster at every stage of the process. That could lead to a second round of bidding for one or more of the three licenses, two of which are widely expected to go to the MGM-owned Empire City Casino in Yonkers, which currently has video lottery terminals and harness racing, and Malaysia-based Genting Inc.’s Aqueduct Racetrack, which also has VLTs and horse racing. But the latter could be turned into a fully functional casino with blackjack, poker, craps, roulette, etc. virtually overnight.

Which means one license would be left for some of New York’s biggest egos (aside from LuPone) to fight over. It should be as epic as Hamilton on steroids.

Not all New Yorkers remain in COVID mode like LuPone, although a daily stroll through any of the five boroughs reveals a significant number of people still wearing masks, even while driving alone in their cars.

On the flipside, some pragmatic types believe that embracing an expanding industry and the jobs it would create sort of makes sense.

A downstate New York casino in Times Square proposed by Caesars and SL Green has garnered the support of a group of area unions and business owners. https://t.co/pbQCt99IA0

It is a polarizing issue in New York, even after last January’s rollout of legalized sports gambling went off without nongamblers being bothered. Unless they are bothered by FanDuel running ads during Jeopardy! (which has actually happened).

Who Else Is In The Running?

And he cautioned that each proposed site must also undergo an environmental review, which is ordinarily a time-consuming process.

“A bidding war could ensue if someone said ‘We will pay an $800 million fee and a 38% tax on gross revenues, so we have to wait and see,” Pretlow said, explaining that each entity submitting a proposal must include the percentage of gross revenues that they are willing to pay in taxes. That is part of how the game is played in New York, where all but one of the upstate casinos pay a 31% tax to the state.

It may be strange, but it is a part of the process: The casino operator gets to choose the amount of tax they are willing to pay, unlike the sports gambling law under which the state mandated that a 51% tax on gross revenues (including bonus funds issued to new customers) must be paid. It is the highest sports gambling tax in the United States.

Cohen envisions a new casino built on the footprint of the old Shea Stadium, which is now a parking lot behind Citi Field, home of the New York Mets, which Cohen purchased for $2.4 billion in November, 2020.

Crews have just finished tearing the old place down:

The last section of Shea Stadium to come down. #Mets pic.twitter.com/kvDaveChJi

Steven Ross, owner of the Miami Dolphins, has partnered with Wynn Resorts and is trying to get a license for a casino in Hudson Yards, located on the West Side a dozen blocks south of 42nd Street. It’s  where office and residential towers have been built over the past decade and a half. Community opposition in that neighborhood, although geographically close to Times Square, might be completely different. That’s because the development still needs an anchor and can be reached by a newly built subway station, or on foot for those staying in midtown hotels.

Stephan Soloviev is in talks with the Sands Corporation, best known for the Venetian hotel/casinos in Las Vegas and Macao, to develop an empty plot of land on the East Side between 38th and 40th streets, just south of the United Nations. His proposal reportedly includes a London style giant Ferris wheel, an underground casino on the six-acre site, with a hotel, green space, and a democracy museum at ground level.

John Catsimatidos is CEO of the Gristedes grocery store chain and a well-known talk show host on WABC radio. He envisions a casino to be build at Coney Island in Brooklyn, a site that also has drawn the interest of other gaming companies and tribal nation casino groups.

But he is not known to have a gaming operator partner, and the difficulty of reaching Coney Island for most New Yorkers makes it a tough sell, even if there is no community opposition. It would draw a very different demographic than a Manhattan casino.

Now back to Jay Z, whose real estate partner in his bid is SL Green, a real estate company that is the largest commercial landlord in Manhattan. That is no small thing, because SL Green has a number of buildings that could be converted to casino space. That includes One Vanderbilt, the new 93-story office tower next door to Grand Central Terminal, just a few avenues east of the heart of Times Square.

The execs at SL Green can throw their weight around with as much gusto as LuPone can shame a theater patron whose mask has slipped below their nose. And there are a heck of a lot more juiced, reasonable people in positions of financial power in New York than the LuPones of the world would have you believe.

Even some of the LuPone clones are rethinking their zealotry of the past 2 1/2 years, folks like actor Tim Robbins.

Actor Tim Robbins expresses remorse about turning on the unvaccinated and the unmasked: ‘We turned into tribal, angry, vengeful people’ https://t.co/XtnX4R0eUf

If he can change his mind on mask zealotry, perhaps community boards can tune out the funhaters. Those are people who do not seem to realize that New Yorkers who choose not to gamble can avoid a new casino the same way they avoid buying lottery tickets.

Three casinos are coming, and it is likely just a matter of where the third one ends up. The safest bet: If there ends up being is a bidding war for the third license, that is going to be an expensive one.

“The law says the gaming commission can approve up to three, and my belief is it can be done in expedited fashion, which means $1.5 billion would immediately go to the state, most of which goes to education,” Pretlow said. “They could approve none, but I don’t think they will do that. What they cannot do is approve four.”

To be continued. They are up against a very influential person in Jay-Z, who has recorded 13 solo albums throughout his career, along with five collaborative albums, multiple live albums, and more.

“I will not lose (you don’t know what you’re doing, doing, doing)Put somethin’ on it!
I sell ice in the winter, I sell fire in hell/I am a hustler, baby, I’ll sell water to a whale.

That is from a song called “U Don’t Know,” which is fitting for this particular situation, just as it was a year ago when Jay-Z was partnered with Fanatics for a sports gambling license.

He did not get that one. But do you want to bet against this guy failing to succeed twice? You don’t know, so do so at your own peril.