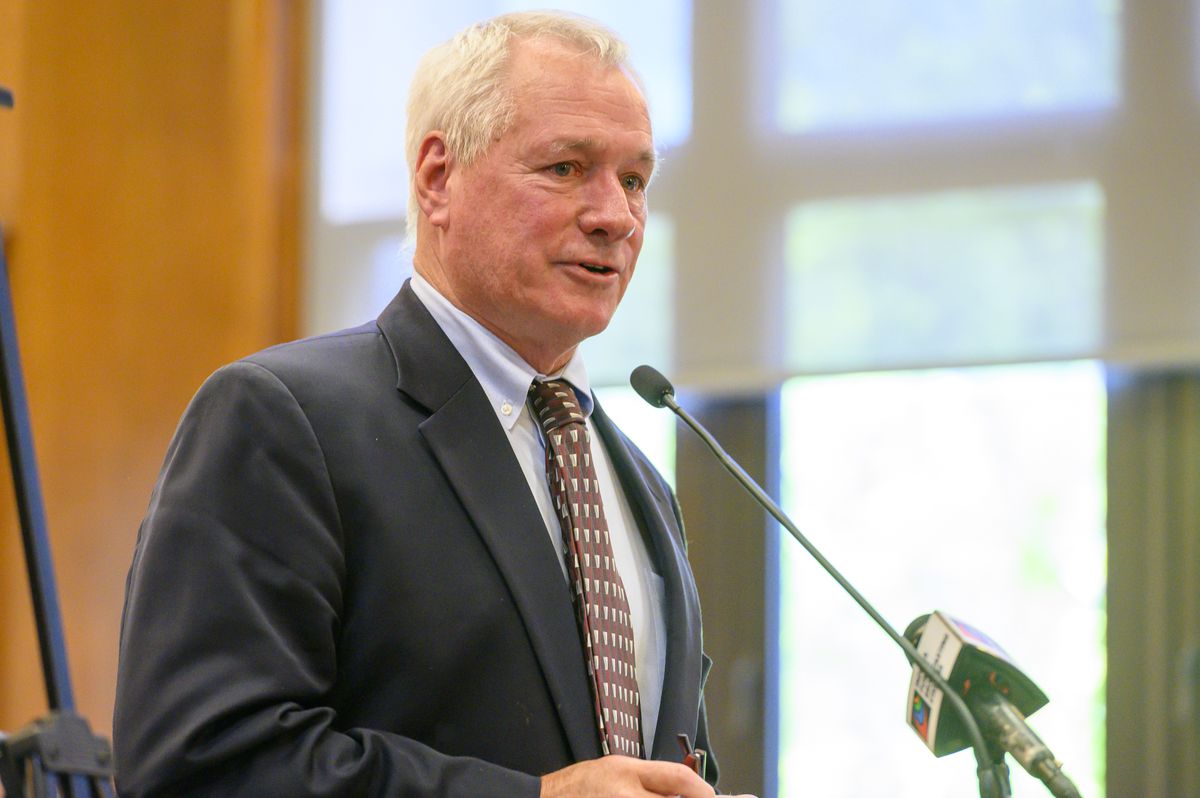 John Keeler, a former casino executive in Indiana, will serve two months in federal prison after he was sentenced Wednesday. In April, Keeler pleaded guilty to allowing Centaur Gaming to file tax returns he knew were false due to payments the company made to a political consultant. (Image: Chicago Tribune)

According to authorities, Keeler, who worked as the general counsel and a vice president for Centaur Gaming and Spectacle Entertainment, directed $41,000 in funds to Kelley Rogers, a political consultant who was working on the 2016 congressional campaign of former Indiana state Rep. Brent Waltz.

Keeler and Rod Ratcliff, Centaur’s founder and CEO, organized a scheme with Rogers to direct the company’s money into Waltz’s campaign. Rogers billed Centaur for bogus research projects that Keeler approved paying. Rogers then took the money to refund straw donors who gave money to Waltz.

Keeler, who was indicted two years ago, pleaded guilty in April to knowingly allow Centaur to file a false tax return. He was sentenced in a US District Court in Indianapolis.

Illegal and undisclosed corporate contributions damage public trust in our elections,” US Attorney for the Southern District of Indiana Zachary A. Myers said in a statement. “Secretly funneling illegal casino money into political campaigns is a serious crime and the criminals who do so will be held accountable.”

US District Chief Judge James R. Sweeney II also sentenced Keeler to one year of supervised release following his sentence and ordered him to pay a $55,000 fine.

Centaur Gaming was a company that owned the Indiana Grand and Hoosier Park racinos. In 2018, Centaur sold the properties to Caesars Entertainment. Keeler then followed Ratcliff to Spectacle Entertainment.

In January 2020, less than a month after Spectacle broke ground with Hard Rock International on Hard Rock Northern Indiana in Gary, the Indiana Gaming Commission announced Spectacle was under investigation because of a federal case that involved Kelley.

The investigation eventually led to a delay in the opening of Hard Rock Northern Indiana, the removal of Keeler and Ratcliff from Spectacle, and a restructuring of Spectacle that makes it now a minority partner with no control over the Gary casino, which is now controlled by Hard Rock.

The IGC’s investigation also delayed the award of a casino license in Terre Haute to Spectacle co-owner Greg Gibson. But Gibson lost that license a year ago after failing to make substantial progress on the project. The IGC settled with Gibson and returned to him his $5 million license fee after awarding a new license to Churchill Downs Incorporated for the Terre Haute casino.

Ratcliff settled with the IGC and retired from gaming. He was not named in any of the court documents, but those documents listed an “Individual A” as Centaur’s CEO who was involved in the scheme to fund the Waltz campaign.

Waltz was also sentenced on Wednesday to 10 months in prison and two years of supervised release. Sweeney also issued a fine of $40,500.

“The sentencing of these individuals proves there are consequences for the misuse of positions of trust within both the private and public sector,” said Special Agent in Charge Justin Campbell, Chicago Field Office, IRS – Criminal Investigation. “IRS Criminal Investigation is committed to protecting the integrity of our system of taxation by investigating individuals who violate our tax laws.”

Keeler, who was also a former state lawmaker and a prominent Republican leader in the Indianapolis area, entered his plea deal just before his trial was set to start earlier this year. Before changing course, Keeler’s attorneys had submitted photos of Ratcliff attending President Trump’s 2017 inauguration as evidence it planned to show during the trial. Prosecutors objected to the move, arguing it was an attempt to influence jurors.

2022-08-18
Previous Post: SharpLink Reinforces Team with DeLucia as CFO
Next Post: Pros and Cons of Buy-In Limits for No-Limit Games