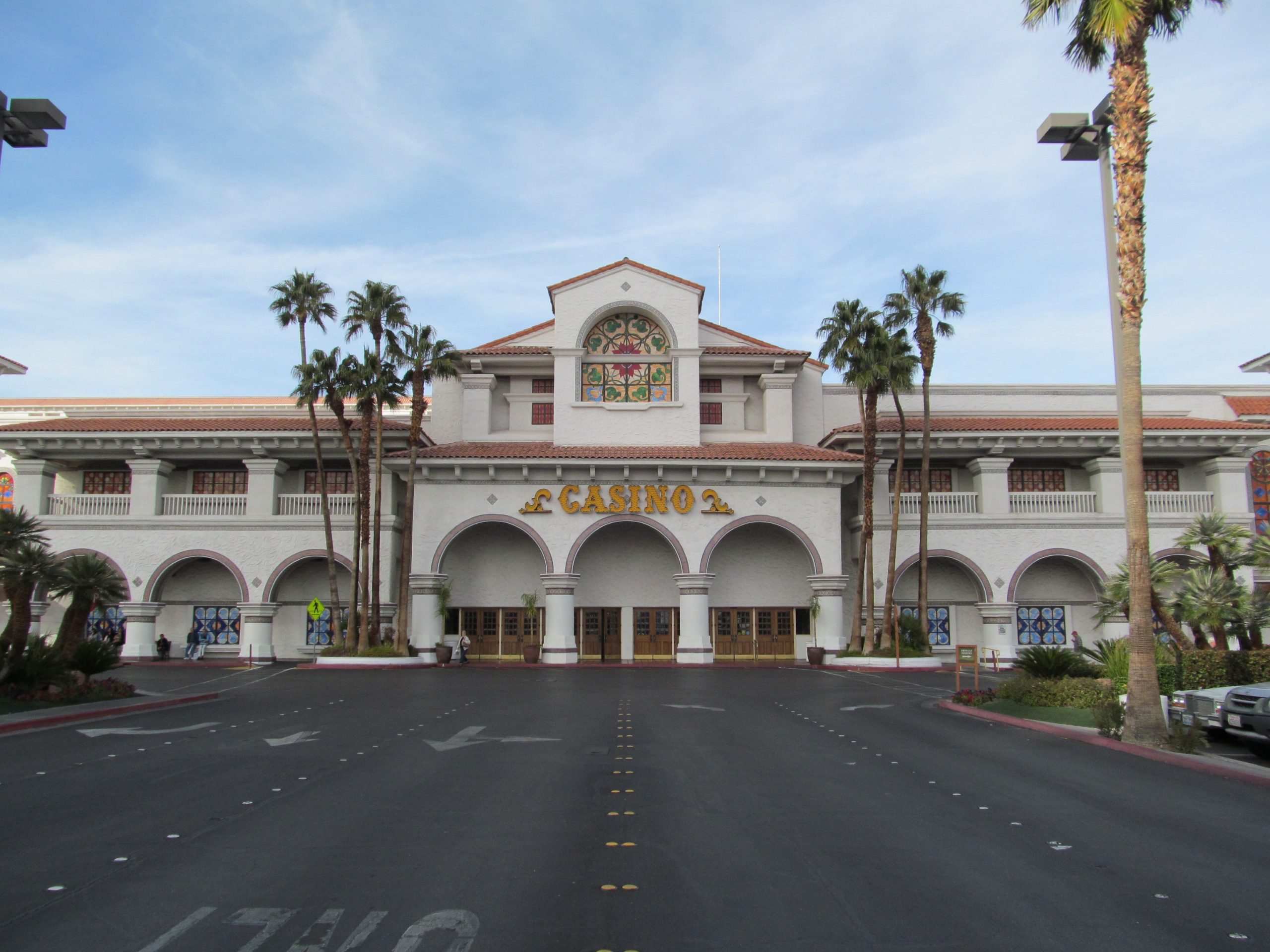 A solitary bandit reportedly robbed a cashier’s cage at Gold Coast Hotel and Casino Wednesday afternoon. Initial reports did not reveal how much money was taken.

Gold Coast Hotel and Casino, pictured above. A robbery reportedly took place at the casino on Wednesday. (Image: Wikipedia)

The holdup took place at about 4:30 pm. The robber was described as a black male. He was wearing a white mask and black clothing at the time of the holdup, KLAS, a local TV station, reported.

The suspect apparently was not apprehended as of Wednesday evening. It was not clear if the robber was armed with a weapon.

The casino is located at 4000 West Flamingo Road in Las Vegas. It is about a mile from the Las Vegas Strip.

The Gold Coast Hotel and Casino is owned and operated by Boyd Gaming.

The robbery comes a week after last Wednesday’s incident when a man robbed the Resorts World Las Vegas casino. He then fled from the Las Vegas Strip property in a taxi, KLAS said.

He apparently handed a note to a cashier demanding cash. It is unclear how much money he stole from the high-limit cashier’s cage. No description of the man was given.

One poster on Vital Vegas revealed, “My husband was … working while it happened and didn’t even know it happened until he spoke to one of the cashiers!”

On Sept. 6, a man stole thousands of dollars in chips from a live dice table at the downtown El Cortez casino. The thief jumped onto the craps table and grabbed two handfuls of high-denomination chips. Sources told Vital Vegas the crook got $19,100 in chips. El Cortez didn’t confirm this, nor did the casino make a public statement about the theft in September.

On Feb. 27, Rogers allegedly stole about $78,898 from the Rio Casino Sportsbook. The money was eventually recovered and returned to the casino. Rogers allegedly threatened to shoot a Rio casino worker during the heist.

Rogers was confronted by casino security guards on the pavement near a casino parking garage. Rogers then allegedly brandished his firearm and threatened a guard, police said. The guard clamped his hand around Caleb’s gun, stopping Caleb from firing a round before grabbing the firearm from Rogers’ hand. Other guards then tackled the suspect onto the pavement.

The firearm used in the Rio robbery belonged to the LVMPD, based on the weapon’s serial number. Rogers was suspended without pay from his LVMPD job.

2022-11-17
Previous Post: Decoding Poor Performance: Is It Lameness, Behavioral, Or Something Else? – Horse Racing News
Next Post: Sergio Perez Knocks Out Ramon Colillas from Poker Event in Brazil