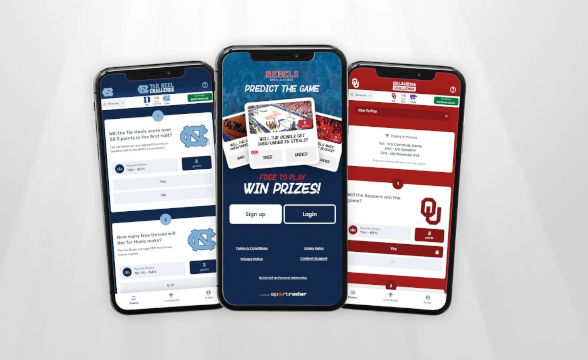 Low6, a company creating pick’em games for sports teams, has penned a new deal with the collegiate sports marketing company Learfield. The supplier will power Sidearm Sport, one of Learfield’s subsidiaries, with mobile games.

Since Sidearm Sport is Learfield’s collegiate sports arm, the agreement will be Low6’s first venture into the college sports sector.  As per the deal, Low6 will develop immersive mobile games for college athletes and collegiate sports enthusiasts. Each of the schools participating in the program will be able to implement a customized game into their existing team, school mobile apps, or via web-based URLs. The partnering establishments currently include NC State, North Carolina, Oklahoma, Ole Miss, and Texas A&M.

Learfield’s aim is to use Low6’s expertise to engage college sports fans with innovative and exciting games and reward them for their participation. Thanks to Low6’s solutions, universities can get extra opportunities for sponsorships, brand popularization, and collecting first-party data.

Low6 Is Delighted to Explore a New Sports Sector

Jamie Mitchell, chief executive officer of Low6, said that he is proud to have his company foray into collegiate sports. He feels secure exploring this new vertical alongside a reputable partner such as Learfield. Speaking about how Low6 will benefit college sports, here is what Mitchell had to say:

“Low6 technology enables rights holders to monetize their digital fanbase by leveraging our proprietary platform, increasing both the volume and value of their first-party data at a mass scale. We are excited to roll out our platform to more schools across the country, potentially seeing Low6 engage with millions of students, alumni, and college sports fans.”

Jeff Rubin, chief digital officer and sidearm of Learfield and president and CEO of Sidearm Sport, is delighted to team up with Low6 and “usher in a best-in-class solution for universities and their fans in a rapidly evolving industry.” He pointed out that the college sports fanbase is the biggest one in the entire United States, making it crucial to provide it with supreme engagement.

“The Low6 gamification platform gives our partner schools an elevated digital offering for their fans to enjoy on any device, wherever they are, only deepening that unmatched affinity,” Rubin said.

The partnership came into fruition thanks to Cardinal Sports Capital which introduced Low6 to Learfield.

The current deal affirms Low6’s previously announced intentions of expanding in the US market. The company earned $5 million thanks to its latest funding round and plans to use it to scale up its operations. In February, the company joined forces with the PGA Tour and NBC Sports to launch a PGA Tour Pick’Em Live free-to-play game.