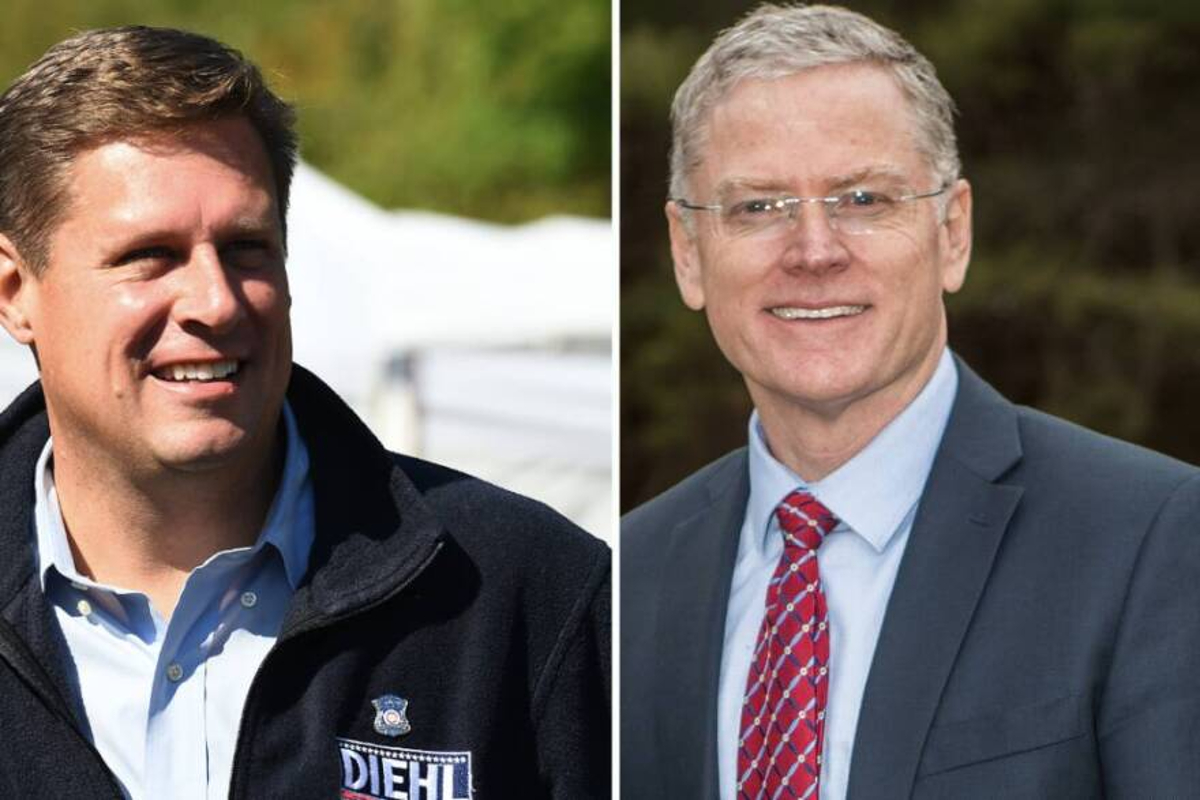 The Massachusetts gubernatorial primaries today will determine who will be the two candidates squaring off against one another this November to succeed Gov. Charlie Baker (R).

Diehl in 2016 served as the co-chair for Trump’s presidential campaign in the Bay State. Hillary Clinton, however, carried Massachusetts by almost 30 points.

Baker, who supported gaming expansion in Massachusetts and signed the Legislature’s sports betting compromise into law last month, hasn’t been a Trump disciple during his two terms. The Republican has repeatedly defied Trump, which led to Baker seeing some support among his GOP base wane since the former president was evicted from the White House.

Diehl is facing political newcomer Chris Doughty in today’s GOP primary. Doughty is a businessman who describes himself as a more moderate Republican choice who is of the impression that President Joe Biden was elected legitimately.

But political bettors so far have put their money behind the Trump-backed Diehl. On PredictIt’s market asking who will win today’s GOP Massachusetts gubernatorial primary, Diehl is given a nearly 80% chance of securing the party’s ticket.

Today’s Republican gubernatorial primary will be the latest opportunity for Republicans in blue states — like Maryland and Connecticut — to decide whether their party should further embrace Trumpism or try to move back toward the center,” a PredictIt statement to Casino.org explained.

“In the previous two primaries just mentioned, GOP voters have nominated Trump loyalists who are likely to lessen the party’s chances of winning against a Democrat in the November general election,” the political betting market added.

Whoever prevails in the Diehl-Doughty showdown will face Massachusetts Attorney General Maura Healey in the gubernatorial election. Healey, who has also been supportive of more gaming in the commonwealth by way of sports betting, is running unopposed on the Democratic side.

Though early, PredictIt’s market on the general election has Healey as the heavy favorite. Bettors currently give her a 94% chance of succeeding Baker and turning the governor’s office blue for the first time since Deval Patrick left office in early 2015.

Massachusetts is rather unique in that the majority of its registered voters are not Republicans nor Democrats. Instead, about 57% identify as Independents.

Massachusetts has traditionally favored fiscal conservatives who also support socially centered issues. It’s why the Republican Party has been able to hold the state governor’s office since 1991 aside from Patrick’s two terms.

But political polling analysis outlet FiveThirtyEight believes strongly that Massachusetts is going blue in 2022. The site gives Healey a more than 99% chance of winning on November 8.

“It’s true that Massachusetts has elected only one Democratic governor since 1990, and it’s true that Baker is currently one of the most popular governors in the country. But as partisanship comes to hold greater and greater sway over gubernatorial elections, Massachusetts may simply be too Democratic to elect another Republican governor — especially one as ‘Trumpy’ as Diehl,” opined Nathaniel Rakich, FiveThirtyEight’s senior elections analyst.