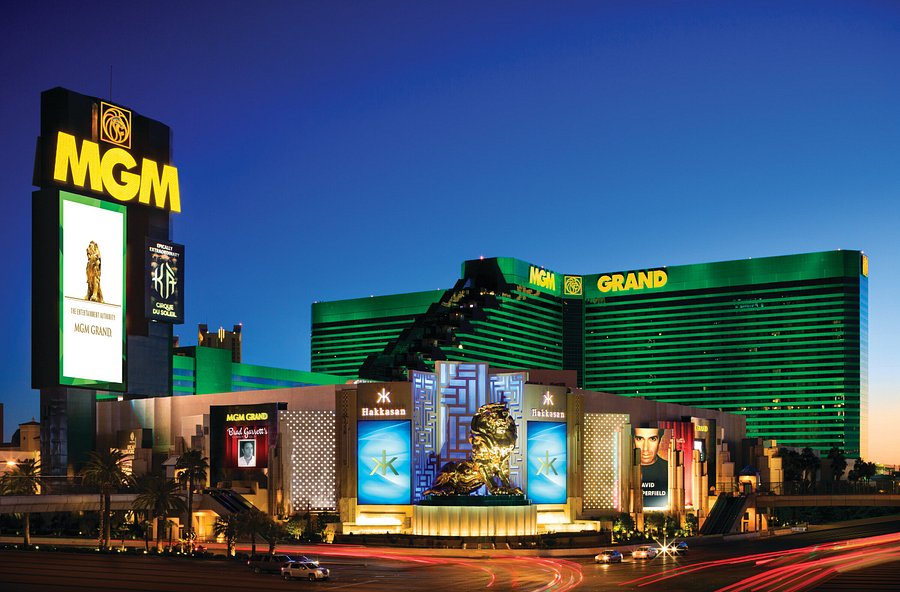 A suspect in the January triple stabbing in a lot at Las Vegas’s MGM Grand was apprehended near Chicago earlier this week. He was scheduled to face an extradition hearing in Illinois today (March 18) to determine if he will be returned to Nevada to face charges.

MGM Grand Las Vegas, pictured above. The casino-hotel was the site of a triple stabbing in January. A suspect in the incident was arrested in Illinois this week. (Image: TripAdvisor)

On Wednesday, Bradley Pitts, 26, was arrested in Maywood, Illinois. He was nabbed by the Cook County Sheriff’s Fugitive Apprehension Unit and members of the US Marshals’ Great Lakes Regional Task Force.

In Nevada, he is wanted for three counts of battery with the use of a deadly weapon resulting in bodily harm, reported KLAS, a Nevada TV station. The Las Vegas charges stem from a Jan. 9 incident when Pitts allegedly knifed two unnamed women and an unnamed man at the hotel.

Each of the victims survived the stabbings, according to the Las Vegas Review-Journal. Las Vegas authorities were later able to get a warrant for Pitts’s arrest.

Illinois Charge for Fleeing from Cops

A few weeks later, on Jan. 24, Cook County Sheriff’s Street Crimes Suppression Unit (SCSU) officers stopped Pitts while he was driving a car in Illinois. Pitts showed them an ID, but then allegedly fled. Deputies later found out he was in Maywood, KLAS said, and he was arrested there.

Illinois authorities are charging him with fleeing to elude police, KSNV, another Nevada TV station, said. Pitts appeared in the Maywood Courthouse on Thursday on the Illinois warrant.

As of early Friday, he remained in custody in an Illinois jail. Bail was set at $25,000 for the Illinois charge.

Prior Knifings at Las Vegas Casino-Hotels

Las Vegas has seen several stabbings over the past year. For instance, last April, a stabbing at the Cosmopolitan of Las Vegas started as an altercation between a group of males. One man suffered cuts to his shoulders and an arm.

Later, on Dec. 17, Las Vegas Metro Police arrested a man in connection with a Dec. 3 fatal stabbing at the Rio All-Suite Hotel & Casino. Nicholas Dove, 27, was booked at Clark County Detention Center for the stabbing of Carlos Polanco Garcia, 38.

The duo knew each other before the incident. It appears they got into a fight over drugs, Metro police said. That escalated to the stabbing in a hotel room. Garcia was knifed and was rushed to University Medical Center. But he died at the hospital.