Michael Wang is climbing his way up the PokerGO Stairway to Millions at the Venetian in Las Vegas as he took down Event #5: $1,640 No-Limit Hold’em on Sept. 12 for $22,986 before going on to win the very next event.

That victory in Event #6: $1,640 No-Limit Hold’em earned the Vegas grinder $22,458 and his third career Stairway to Millions title — making him the first player to earn such a distinction. In January, Wang took down a $15,800 buy-in event at the inaugural Stairway to Millions at ARIA Resort and Casino in January for $219,300.

The second annual Stairway to Millions, a unique series that not only awards cashing players prize money, but also tickets into the ever-increasing buy-in events, kicked off at Venetian Las Vegas on Sept. 8 and will run through Sept. 20.

Wang began his recent heater by getting through a field of 73 runners in Event #5 that included Maria Konnikova, Victoria Livschitz and Ryan Laplante, who ended up in third for $9,340, according to PokerGO live updates. 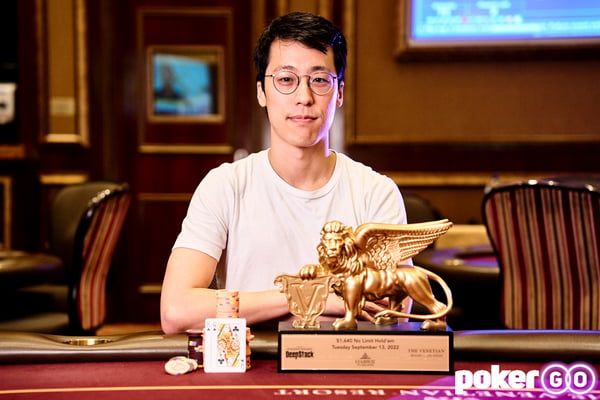 In Event #6, Wang again made a deep run and through the field of 75 entrants and ended up at the final table with the likes of Stephen Song, Kenny Huynh and Brett Kennedy.

Wang eventually got heads-up against Freddy Heller, who held a nearly five-to-one chip lead over Wang at one point, according to PokerGO updates. Wang managed to climb back and eliminated Heller to win his second title of the series and a second seat into Event #8: $5,350 NLH.

With the victory, Wang, who now has $4.5 million in Hendon Mob-reported earnings, became the first player to win three Stairway to Millions titles.

Additionally, he became just the third player to win back-to-back titles in the new PokerGO series, joining Chance Kornuth, who won Event #2 and Event #3 at the first annual Stairway to Millions in January, and Nick Petrangelo, who won the final two events of that series. 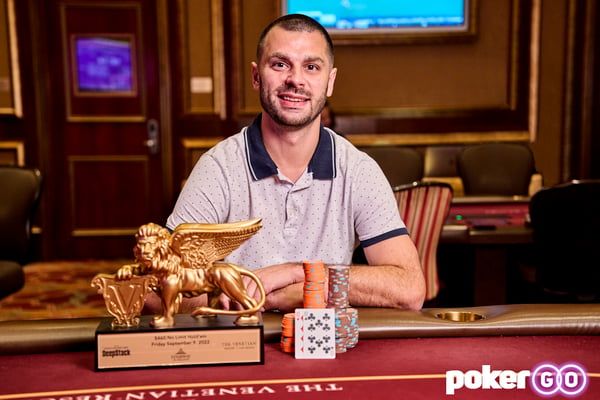 A full list of Stairway to Millions winners so far is available in the table below.

Stairway to Millions Winners So Far

The stakes will double remaining tournament until the final event on Sept. 19, which will see players putting up $52,000 for a shot at the $600,000 guaranteed prize pool.

The remaining schedule at the second annual Stairway to Millions is available in the table below.

2022-09-16
Previous Post: Noel’s Weekend Winners: ‘Belmont at the Big A’ Exacta Plays
Next Post: US Gambling Generates $5 Billion in July • This Week in Gambling