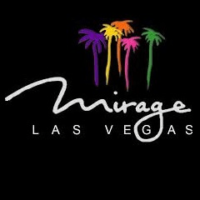 The ownership may have officially changed, but Mirage Las Vegas will remain the Mirage for at least another 18 months. Hard Rock International took over management of the casino resort from MGM Resorts on December 19th, but the anticipated name change will not come for some time.

Hard Rock made big Las Vegas news a year ago when they announced their plans to purchase and takeover Mirage Las Vegas. However, that proposal didn’t receive approval of the Nevada Gaming Commission until recently. And now that the $1.1 billion sale is official, some may be wondering when the name change and cosmetic alterations will take place.

There had been a lot of curiosity about other things as well, such as what would happen to the employees and the iconic attractions, like the Mirage volcano. Hard Rock has made it clear that at some point, am enormous guitar-shaped hotel building would be built. And now, we’re getting some clarity.

For the next 18 months or so, Hard Rock will operate the Mirage Las Vegas “as is”, which includes leaving the volcano in place for now. Eventually, however, the volcano will be removed. A company spokesperson for Hard Rock also confirmed that the 3,500 Mirage employees have been transitioned into Hard Rock’s workforce of over 45,000.

All day-to-day operations are now being kept as Mirage Las Vegas, including guest reservations and group bookings, so visitors shouldn’t notice any big changes right away. Worth noting is that Hard Rock is owned by the Seminole Tribe of Florida, making them the first tribal-owned casino on The Strip.

The casino at the Virgin Hotel is run by the Mohegan Tribe, and The Palms is owned and operated by the San Manuel Band of Mission Indians. But neither of those properties are on Las Vegas Boulevard.