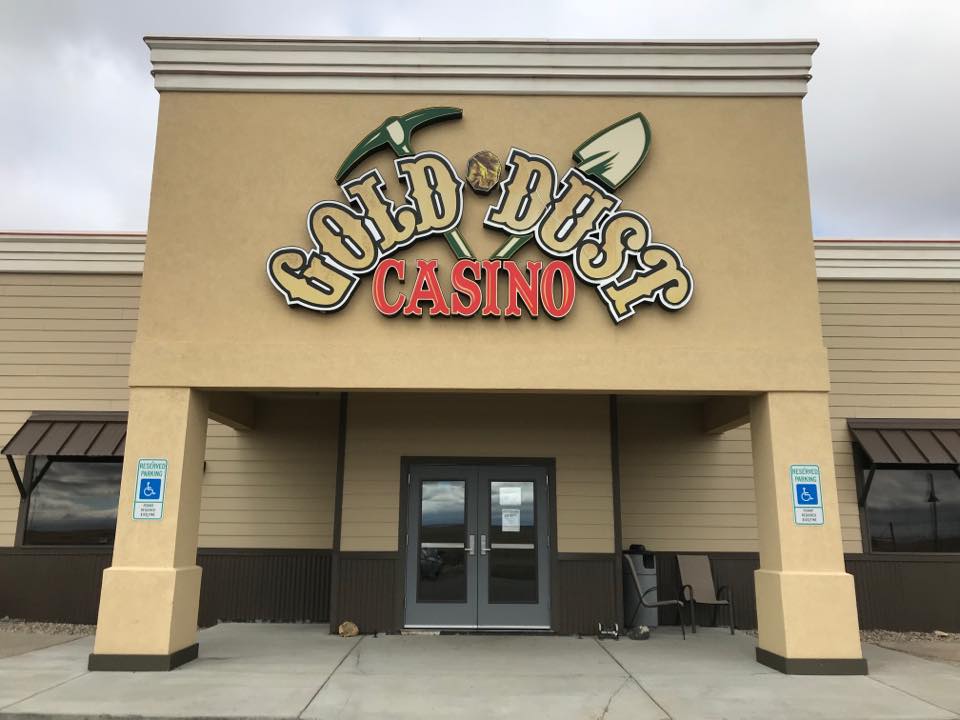 A sole armed robber held up the Gold Dust Casino in Billings, Mont. early Monday. He was able to steal an unspecified amount of money before fleeing.

Gold Dust Casino, pictured above. The casino was robbed this week. (Image: Facebook)

A firearm was shown during the robbery. There were no injuries.

The suspect fled on either a motorcycle or all-terrain vehicle. Police were notified about the theft at 1:22 am.

Billings police issued a description of the suspect.

In May, two men were arrested in Billings in connection with two armed holdups at local gambling venues. Both are charged for the May 8 Montana incidents, police said.

One suspect was identified as Mason Prudhomme, 31, the Billings Gazette, a local newspaper, reported. The second suspect is Falken Magnus Brown, 24.

When appearing in Yellowstone County District Court, the two men both entered not guilty pleas, the Gazette said.

One of the robberies took place at the Maverick Casino. A bandit in a white mask gave an employee a note saying he had a gun and demanded cash. The note said, “Stay calm, I have a gun, quietly hand me your cash and I will not hurt you,” police said.

The worker handed over an unspecified amount of cash. The robber then fled.

It appeared no weapon was ever displayed. No one was injured. The suspect was wearing shorts and a black hoodie.

In a second holdup, the Fire and Ice casino was robbed. A similar note was handed over to an employee. The bandit stole about $100, police said. The suspect was wearing shorts, a black sweatshirt and a white face mask, police add.

Police later in the month located both men inside the same car. Inside the trunk, cops found black shorts and a gray hat that matched a description of what suspected robber was wearing. Prudhomme denied involvement in the crimes, the Gazette said.

Brown admitted to driving the getaway car, and said Prudhomme went into the casinos, the Gazette said. Some of the money from the robberies was used to buy fentanyl pills, the report added.

In November, Brown also allegedly robbed Lucky Lil’s and Bullwackers Lounge and Casino. He presented robbery notes to workers in both Billings venues, police said. They said he had a firearm and asked for money. He was later charged. The charges are pending.