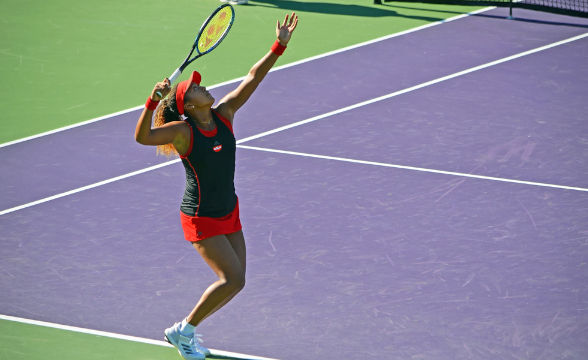 Who’s going to win the Women’s Singles event at the 2022 Miami Open – Naomi Osaka or Iga Swiatek? Judging by tennis betting odds, Swiatek is more likely to do it. No surprise there as she’s about to become the world #1 – Swiatek will climb to that position regardless of whether she wins at Hard Rock Stadium or not.

If the bookmakers’ prediction proves right, the 20-year-old Polish player will become only the fourth woman in history to win both tournaments of the Sunshine Double in a calendar year. However, if she loses, we’re going to see Osaka getting ahold of her first trophy in more than 13 months.

So, which scenario will play out on Saturday? Let’s find out!

Osaka’s 2021 campaign was far from a vintage one. It did start well with a win at the Australian Open, but then, Osaka hit a rough patch. Due to mental and emotional exhaustion, she decided to skip the French Open. She also failed to do much at the US Open, exiting the tournament after only a couple of matches.

Everyone expected her to bounce back at the start of 2022, but she failed again. Osaka lost early in the 2022 Australian Open, losing the 2,000 ranking points she had earned a year before. As a result, she dropped to her worst position in the WTA Rankings since 2016.

The good news, however, is that since coming to Miami, she’s looked happy. Osaka seems to be enjoying playing tennis again, which wasn’t the case a few months back. She looked very satisfied with herself after the semifinal win over Belinda Bencic after coming back from 1-0 down.

Iga Swiatek Aiming at Her Third Title in 2022

Swiatek has been phenomenal since the start of 2022. She’s going to get to the #1 position in the WTA Ranking son Monday because the current no.1 Ash Barty decided to retire. Still, even if Barty didn’t do that, Swiatek would’ve still had a good chance to get to the WTA throne by the end of the year.

It’s because, during her 2022 surge, she’s already won two titles. The first one happened in Doha, while the second happened just 13 days ago, at the 2022 Indian Wells. She won the first part of the so-called Sunshine Double and is just one win away from winning the second as well.

That sure sounds like good enough motivation for her, but does she have the skillset needed to tame Osaka? Well, if there’s a player who can fight back Osaka’s fierce serves, it’s Swiatek.

Swiatek should be able to win on Saturday, but it’s not going to be easy. In fact, we could even see her drop a set for the first time in this tournament.