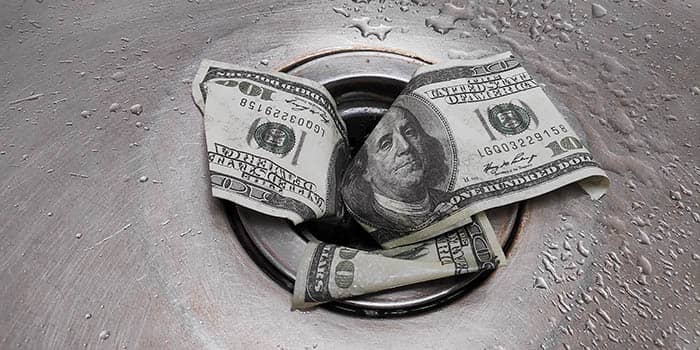 Odds appeared overwhelmingly in favor of the Los Angeles Chargers after they reached a seemingly insurmountable 27-0 lead in their recent game against the Jacksonville Jaguars. When a hapless bettor reportedly wagered $1.4 million on the nearly certain Chargers victory, they were unprepared for a miraculous rally by the Jaguars, who turned the game around and won by 31-30 in a teeth-grinding finale.

Mattress Mack’s recent sports betting victory made history and is still sending shockwaves across the wagering industry. Emboldened by the entrepreneur’s $75 million win, high-stakes bettors are seemingly becoming more common. However, an incident during Saturday’s Chargers-Jaguars game showed that chance can still ruin even an apparently fool-proof wager, as a hapless bettor found out the hard way.

The Chargers entered the game as 3.5-point favorites and quickly gathered significant momentum, forcing five turnovers in the first half to take a 27-0 lead. According to Action Network’s Darren Rovell, an overconfident bettor chose that moment to place a staggering $1.4 million wager with DraftKings on the seemingly imminent Chargers victory. The -12500 odds meant that the individual would have walked away with a mere $11,200, but free money is free money. Or so they thought.

A Historic Rally Proved That No Bet Is Truly Certain

The Jaguars rallied with a vengeance in the second half and dominated the rest of the game, allowing their opponents only three more points. A 6-yard field goal by Riley Patterson sealed the deal, bringing the final score to a 31-30 Jaguars victory. The Chargers made history by recording the second-greatest blown lead ever in an NFL playoff and delivering a significant sports betting upset.

As the game concluded, the modest but seemingly guaranteed $11,200 profit turned into a devastating $1.4 million loss. While the identity of the unfortunate bettor is currently unknown, their loss undoubtedly taught them a valuable (and expensive) lesson. A couple of other high-stakes players also lost big, allegedly blowing six-figure wagers on the game total to not exceed 47.5 points.

Jaguars fans who bet on their team when all seemed lost appear to be the only true winners of Saturday’s playoffs. This game and December’s historic 33-0 halftime turnaround by the Minnesota Vikings demonstrate that no odds are totally unbeatable and that no bet is guaranteed until the final whistle blows.