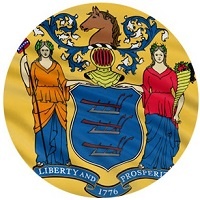 Nevada isn’t the only state with gaming that’s doing well. New Jersey gambling revenue is also rocking, despite the threats of economic issues on the horizon. In fact, the state took in $485 million last month, which was a 7% increase year over year.

The numbers were reported by the New Jersey Division of Gaming Enforcement, and they show that casinos and horse tracks offering sports betting lead the charge. The nine casinos in the state  contributed over $250 million as well, which was also a growth of over 1%.

So far this year, Atlantic City casinos have generated over $2.1 billion in New Jersey gambling revenue, which is an increase of 12.5% from 2021. The Hard Rock and Ocean casinos were the most successful properties for the state. Online gambling were up over 10%, and reported over $135 million in revenue.

The Lloyd Levenson Institute studies the gambling market in Atlantic City. Their Director, Jane Bokunewicz, stated that “At this rate, Atlantic City’s casino operators are likely to meet and potentially exceed pre pandemic end-of-year totals for both brick-and-mortar and total gaming revenue.”

Other notable contributions to New Jersey gambling revenue included Bally’s, who took in nearly $16 million, the Borgata with over $62 million, and the Golden Nugget, who were able to win well over $13 million, an increase of over 4% from last year.

The Hard Rock took in almost $44 million, which represented an increase of well over 6.% from the same time last year. Harrah’s casino generated over $23 million, but that was an drop of almost 16% compared to 2021.