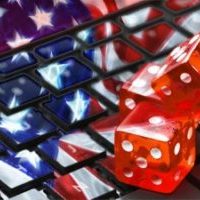 Online gambling in America is becoming accepted in more and more states, largely thanks to the expansion of sports betting. After all, the regulation on mobile sports bets is the regulation of online bets. But as the business of web based betting grows, there are increasing calls to ban offshore sites.

Last last month, 28 Representatives from the US Congress sent a letter to the Department of Justice, and specifically Attorney General Merrick Garland. In that letter they urged that the Department begin targeting offshore gambling operators. Specifically Bovada, MyBookie and BetOnline.

Bovada, or course, used to be the infamous Bodog, run by Canadian billionaire Calvin Ayre from his fortresses in Vancouver, Costa Rica, and Antigua. Ayre was even the focus of an article in Forbes magazine titled “Catch Me if You Can“, which Ayre claims he never said, but that the magazine added for effect. But back to the current problem for online gambling in America:

The letter sent to the DOJ claims that these offshore sites are “predatory operations” and expose players in America to financial and cyber vulnerabilities. Translated into more correct English, what they are saying is that these operators lie beyond the reach of US tax officials, and they are gleaning money from state run gambling companies.

Since the states are losing money, these “evil” operators must be shut down. And since they cannot gain support by stating what is honestly happening, they need to vilify these operators with terms such as ‘predatory’ and place them next to terms like ‘cyber vulnerabilities’. That should get people scared and help their agendas.

Even the American Gaming Association is getting into this fight, which should not be a surprise. After all, the AGA is a lobbying group which works with the regulated gaming industry in America. It’s only natural that their interests would lie in what’s best for those who help support them.

Now, however, the AGA is taking things a step further by trying to pursued Google and other internet search engines to stop displaying results for these “illegal” sites. AGA President and CEO, Bill Miller, recently said that these sites are “…now becoming a serious threat to the legal, licensed gaming industry”. And the only way that statement makes sense is if they are taking market share from regulated online gambling in America.