The WSOP has jumped on board the influencer bandwagon by recruiting 14 social media stars to promote its free-to-play poker app.

Social media stars like ZackTTG (pictured) will be taking part in a series of events on the free-play WSOP app. (Instagram/zackttg)

Using popular figures from Twitch, YouTube, and TikTok is becoming increasingly common in poker, and now the WSOP has joined the party. Its new roster of influencers will take part in the #RoadToTheTable campaign, which aims to introduce new people to poker.

The WSOP free-play app will be exposed to a potential audience of 28 million people thanks to its new team of social media partners.

The #RoadToTheTable campaign will see the 14 social media stars battle each other in a series of events on the WSOP’s app. To help them get started, each influencer was sent a pack of cards and some poker chips. With their cards and chips in hand, the influencers should, ideally, hone their poker skills before the tournaments start.

Naturally, as people who live their lives online, the recruits will post their progress on social media. 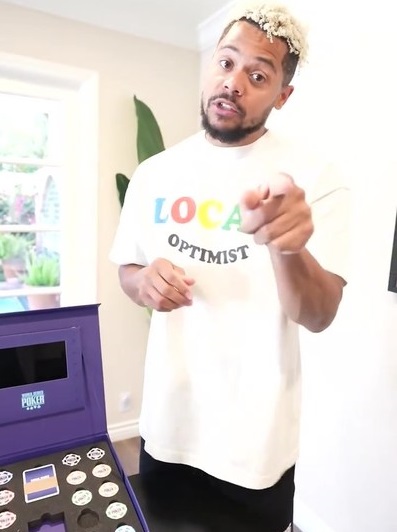 This will give their followers a chance to learn the nuances of poker and, in turn, discover the WSOP’s free-play app. It’s a marketing strategy that an increasing number of poker companies have embraced in recent months.

For example, Hustler Casino held a high-stakes cash game in April featuring social media stars like MrBeast. Since airing, the game has been viewed by almost 1 million people on Hustler’s YouTube channel and by many more on other channels. The executives at WSOP HQ will want to get a similar amount of exposure with its team of stars.

So, who are these online idols with a combined following of 28 million people? The WSOP’s new team of influencers includes:

The influencers have been chosen for their followings, but also because they represent a variety of interests.

Between this and the fact social media has become the default medium for entertainment among young adults, the WSOP’s free-play app will be exposed to a wide variety of people. Even if a small percentage of these people become real-money players, it could give the site a significant boost.

The Muck: Is Real-Time Assistance in Live Poker a Problem?