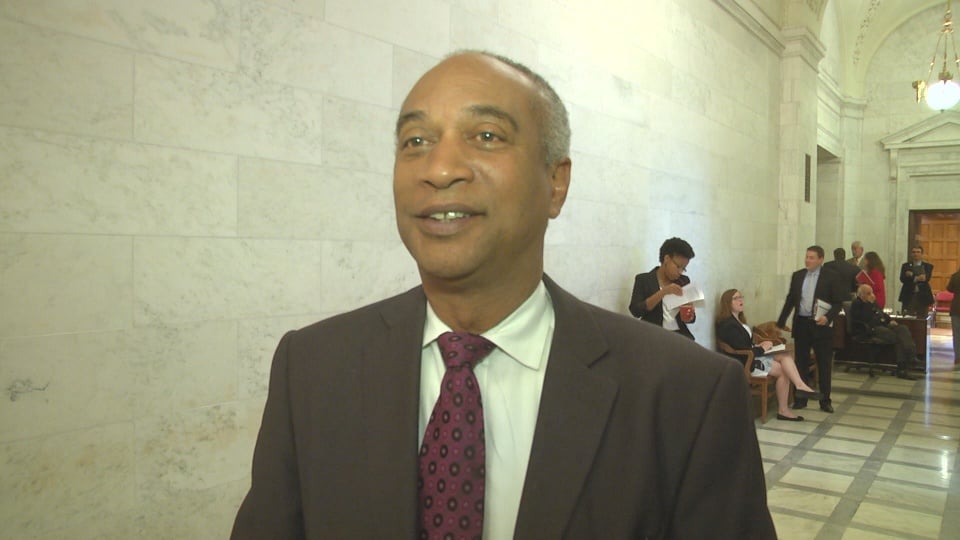 New York’s top gaming lawmakers are teaming up for a proposal that would greatly overhaul how mobile sports betting operates in the state. Not only do they want to expand the number of operators, but they also want to reduce taxes, allow write-offs, and include more minority representation in the industry.

But all that may come with a hefty price tag for newcomers.

The purpose of the bills is to increase the number of operators, which in turn would decrease the tax rate. Late last year, the New York State Gaming Commission approved bids for nine operators. Eight of those companies are currently active, with Resorts World launching its app earlier this week.

When the Gaming Commission released its solicitation last year, it received bids from six platform providers that represented 14 operators. According to the bill, those not selected last year can reapply. However, the bill also allows new companies to apply as well.

Pretlow and Addabbo had pushed for years to have a broader mobile sports betting system in New York, but that was met with stiff resistance by then-Gov. Andrew Cuomo, who openly sought to maximize revenues for the state. Cuomo insisted that the tax rate for operators had to be at least 50 percent.

The tax rate reduction isn’t the only item of note in the bill.

The legislation also calls for more diversity in sports betting, with the commission called to approve at least two applications that have “qualified minority representation.” Pretlow and Addabbo define that as “an entity comprised of no more than six individuals qualified as members of a minority group… with a direct or indirect economic interest of at least five percent in the applicant.”

One applicant that would likely target for inclusion was Fanatics. The online sports-centric retailer has plans to cross into sports betting. Last year, it was part of a proposal with Barstool Sports that the Gaming Commission chose not to consider as a finalist. As part of its proposal, Fanatics talked about its partnership with music mogul and entrepreneur Jay-Z.

I have been pushing for minority participation from the beginning,” Pretlow said “The way that the rollout was designed by the (former) governor, it kind of eliminated anyone except the big players. Many people couldn’t afford a 51 percent tax on gross gaming revenue.”

The bill will also allow operators to exclude wagers that bettors made using promotional credits from its gross revenue. That would enable companies to greatly reduce their tax liability. In addition, in months when sportsbooks report gross revenue losses, operators could carry those over to the next month.

In the Twitter Spaces conversation, Pretlow specifically mentioned Caesars cutting its $3,000 matching bonus not long after it launched in the state.

“With the high tax rate, the entities that do have the business now are finding it difficult to maintain the incentives that they’ve been offering,” he said.

(NOTE: A link to the full Twitter Spaces conversation can be found here. The audio starts at the 3-minute mark)

What’s the Cost for Newcomers?

A question that’s emerging is: How would newcomers buy in to the New York market?

The bills filed by Pretlow and Addabbo call each operator to pay a $50 million fee. The way the bill is written, it’s uncertain if that fee would apply only to the new operators. In most cases, but not all, the platform provider doubles as the operator.

Casino.org will update this section as we learn more information.

Analysis: Changes May Be a Hard Sell in ’22

New York sports betting has been a robust success for the state. In the latest round of weekly reports that dropped on Friday, the state reported a total handle of $350.3 million for the week ending Feb. 27. Sportsbooks reported gross gaming revenues of $25.3 million. Based on the 51 percent tax, the state took in $12.9 million.

Since mobile apps received the green light to launch, operators have reported revenues of $204.7 million. That puts the state’s share at $104.4 million.

That’s already more than double what the state initially forecasted sports betting would generate in the 2022 fiscal year, which ends on March 31. The state expected tax revenue of $49 million to go along with the $200 million it received in licensing fees from the platform providers.

Whether lawmakers want to reduce the taxes on mobile sports betting remains uncertain. With other gaming initiatives being discussed – including putting three new casino licenses up for bid – reforming that tax code may not get priority this year. That’s especially true given that the legislature is supposed to pass the fiscal year budget by the end of this month.

It’s also uncertain just how many newcomers may be interested in New York – especially if it comes with a steep buy-in. Like most other states, FanDuel, DraftKings, Caesars, and BetMGM control the lion’s share of the market. Through Friday, the four make up 95 percent of the handle. They also control 95.4 percent of the revenues reported since mobile apps could launch on Jan. 8.

Some may attribute that market share advantage to other apps starting later. However, breaking out last week’s totals on their own still shows the big four with 92.9 percent of the handle and 93.7 percent of the revenue.