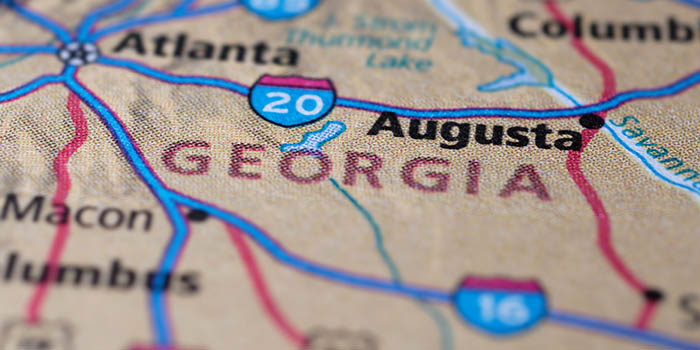 No Constitutional Changes Needed for Betting in Georgia

The Atlanta Journal-Constitution reported Melton’s opinion is that the legalization of sports betting in the state should be viewed as an expansion of the lottery.

Georgia Politicians Push for the Legalization of Sports Betting

Recently, there has been an increased push to pass legislation through the General Assembly, with the Metro Atlanta Chamber requesting Melton’s thoughts on the constitutional validity of sports betting.

Due to the fact that amending the state constitution necessitates a two-thirds majority in both legislative chambers and eventually approval from voters, expanding gambling in Georgia has been a difficult task.

Melton, however, believes that a constitutional amendment is not necessary. He stated in a memo that, after conducting a review of the relevant law, the meanings of the applicable terms in their original context, and the historical context of those terms, he believed that sports betting could be made legal as a state-run lottery for educational purposes solely through legislative action.

There has been a lack of consistency among analysts in the Capitol regarding whether the state constitution allows sports betting. In 2019, Legislative Counsel Director Rick Ruskell advised passing a constitutional amendment to legalize sports betting, citing ambiguity in the state constitution’s definitions. According to his comments in front of a panel of lawmakers, he recommended that the wise and safe course of action would be to put the issue to a vote by the people of Georgia through a well-crafted constitutional amendment.

In contrast, in 2020, Atlanta attorney Bruce Brown opined to an anti-gambling group that the law would not survive a constitutional challenge.

Subsequently, some legislators have claimed that legal guidance is not needed to permit sports betting, while others maintain that a constitutional amendment is necessary.

Legislation of Sports Betting in Georgia Did not Happen in 2022

Expanding gambling in the state to include sports betting has been a topic of discussion among lawmakers for years, with the goal being to support education programs funded by the Georgia Lottery, such as the HOPE scholarship.

However, despite this, the legislation has not been able to pass due to disagreement over where the revenue generated from sports betting should go. A bill that seemed likely to pass the General Assembly in 2022 was blocked by the House Rules Committee. Some members of the committee took issue with the idea of using the revenue for need-based scholarships.

Even though Republicans hold a majority in the Legislature, some members have opposed any form of gambling. This means that passing a constitutional amendment would require bipartisan support to reach the two-thirds threshold.

Supporters argue that Georgians are already illegally betting nearly $5 billion a year on sports. A recent poll showed that a majority of Georgia voters support sports betting if the revenue is earmarked for pre-K and higher education programs.