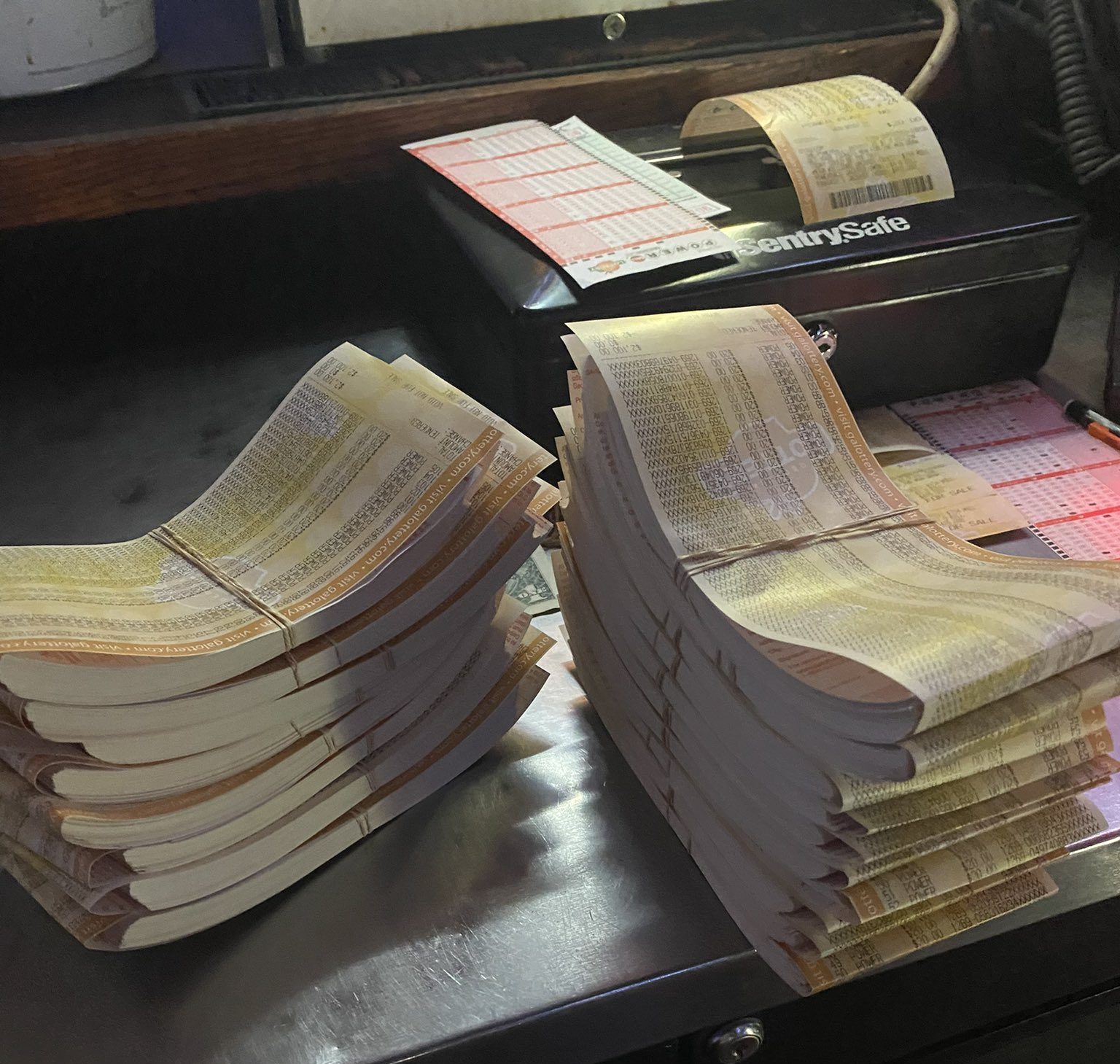 While one very lucky ticket sold in California hit the record $2.04 billion Powerball on Tuesday, Shaun Deeb and his wife, Ashley, gave a group of poker players, fans, and “lotto junkies” a hell of a sweat by using the internet to pool $100K for tickets.

The idea, hatched by the five-time World Series of Poker bracelet winner Sunday morning, brought in 117 people to try their collective luck. The pooling gave the group 50K out of the 292,201,338 possible Jackpot combinations.

The minimum buy-in was $525, with a 5% administration fee for running the pool.

Powerball players got an extra sweat after the drawing was delayed until Tuesday morning after what lottery officials are calling a security issue protocol.

For our friends located outside the United States, the Powerball is a progressive lottery available to residents in 45 states and Washington, DC., Puerto Rico, and the US Virgin Islands. The game is played Mondays, Wednesdays, and Saturdays. Players choose five numbers out of 69, and also a Powerball out of 24, and then hope for the best.

Because it’s intensely hard to hit, jackpots, which roll over, often rise to lunar heights and spark dreamlike conversations among the population that often include private islands and the magical life with zero debt.

Are we rich yet?

Tuesday’s historic Jackpot grew to its vulgar figure because no one hit the exact combo of five numbers and the Powerball since August 3. The winning numbers drawn on Tuesday were: 10, 33, 41, 47, 56, and the Powerball was 10.

Winners can either take the amount, paid in a 30-year annuity, or take a smaller lump sum, which is surely what the Deeb’s group would have done.

Tuesday’s lump-sum prize is worth north of $997 million. After federal taxes of 37% are removed, the winner will walk away with approximately $628.5 million. And, because California doesn’t tax lottery winnings, that means no additional funds will be siphoned off by the state government.

Deeb, who’s not likely in desperate need of the money having accumulated more than $9.8 million in live tournament winnings throughout his careeer, isn’t even in the US this week. He’s playing the $25K High Rollers event at the WSOP Europe, where he made it to Day 2. He had a 10th-place finish in the €5K Pot-Limit Omaha event on Monday for €15,437.

Jumping into the pool

Many well-known poker players jumped into the Deebs’ pool, including five-time WSOP bracelet winner and 2005 WSOP Player of the year Allen Cunningham ($1,000), $38 million in lifetime poker tournament money winner Dan Smith ($500), poker host Veronica Brill ($500), and four-time WSOP winner and 2021 POY Josh Arieh ($3,500), who not only vouched for Deeb on Twitter, but got the tickets printed in his home state of Georgia.

We’re printing $12k worth of tix per hour! Assuming the machine doesn’t break, we will finish before the 10pm deadline @shaundeeb @crashleydeeb

Recognize any more players who jumped into the pool? Feed our comment section.

Hope I get to send all of you lots of money soon!! (Errors fixed and nice round number at the bottom 👀) pic.twitter.com/MMotaRQPcd

More than just the Jackpot

There are, of course, other ways to win money playing the Powerball with the $2 bet (Powerball also offers multipliers, which don’t apply for this group).

And then the payouts jump.

Four numbers plus the Powerball is worth $50K. Hit all five of the numbers, but missed the Powerball? That’s still $1 million. And according to Powerball, there are 22 tickets out there that pulled off that feat.

So, there could be some winners in that giant pile of lottery tickets. The players who bucked up and got into the pool might have to wait a while to learn if they won anything, though. It going to take a while to check 50K tickets.

The Powerball falls back to an estimated $20 million for Wednesday’s drawing.