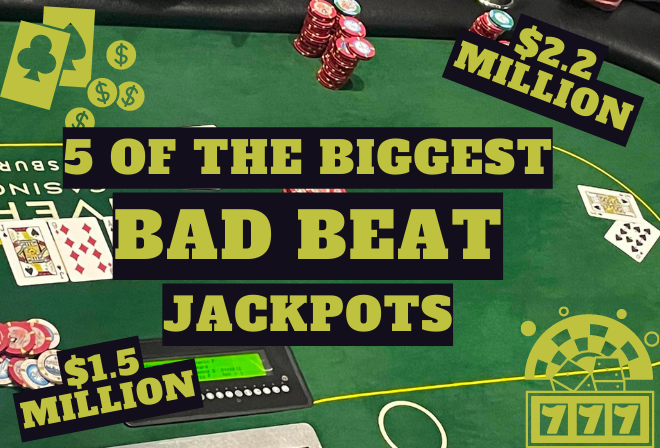 In Augst, the largest poker bad beat jackpot in US history — $1,227,765 — hit at Rivers Casino in Pittsburgh when quad aces lost (but won big) to a royal flush.

There’s another type of jackpot, a non-poker related one, that’s been taking the US by storm in recent weeks, and that is the Powerball jackpot, which has surpassed $2 billion. Shaun Deeb organized a massive pool with thousands in the pot as dozens of poker players are chasing that life-changing score.

Bad beats are part of poker. Sometimes, you’re on the right end of them, and other times, you take one on the chin. In most instances, losing a bad beat is costly. But in other cases, such as what occurred at Rivers Casino in a $1/$3 no-limit hold’em game recently, losing a sick hand can actually pay off quite handsomely. Just ask Benjamin Flanagan, who won $490,708 in a hand he actually lost.

The poker player from West Virginia’s quad aces were beat by the royal flush of local player Raymond Broderson, who received $368,029 of the seven-figure jackpot.

Kudos to both players, along with the other six individuals who were paid over $60,000 each for their table share, for receiving life-changing money. It truly was one of the most memorable bad beat jackpots ever, along with the following five hands that made some lucky poker players rich.

Prior to the epic hand at Rivers, we take a look back at the previous five largest bad beat jackpots in poker history — online and live. 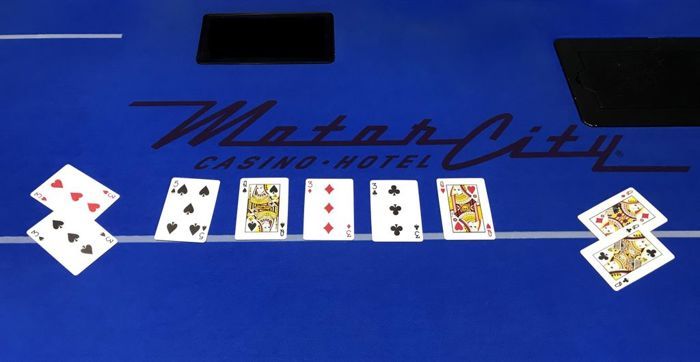 Prior to the River Casino record, the largest bad beat jackpot at a live poker room in the US took place in January 2018 at Detroit’s Motor City Casino. The total payout was $1,068,590, with a Michigan player named Scott taking home the biggest share of $427,452.

Scott had his quad-threes cracked by quad queens, the most thrilling bad beat he’ll ever experience. The player who won the pot in the $1/$3 no-limit hold’em cash game received $213,712, and the other four players were paid a table share of $106,856 a pop. Not bad for doing nothing other than watching a hand take place. 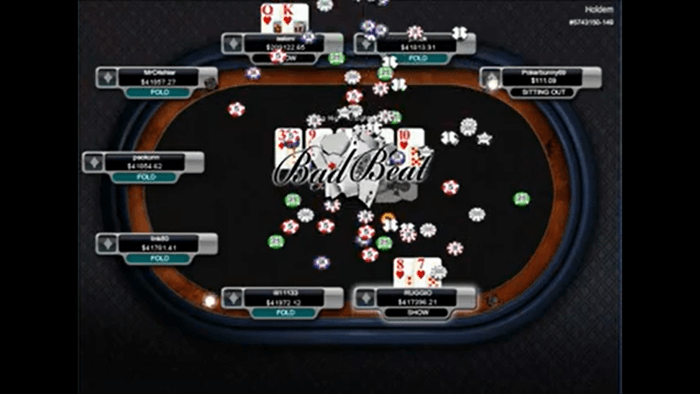 Who says that Friday the 13th is a cursed day? On Friday, February 13, 2009, some players on the Carbon poker site won life-changing money in the form of a massive bad beat jackpot that totaled $1,200,000 in payouts. At the time, it was the largest known bad beat jackpot in poker history.

What makes this one so incredible is that it took place during a low-stakes game with the blinds at just $0.50/$1. The losing player from New York in the hand (“RUGGIO”) won $417,396 for having a straight flush beaten by the better straight flush of “AELANI,” who was paid $208,698. Table share in this memorable hand was worth nearly $600,000 total.

Here’s the crazy part about this one: the same player won another bad beat jackpot on the same poker site just two months later. This time around quad jacks were beaten by a straight flush, and the jackpot paid the player with the losing hand $87,109. That’s more than $300,000 in money won over two hands within a two-month period. Most players would die to hit a bad beat jackpot just once in their lifetime, but “santinhoz” scooped two within two months. Not too shabby. 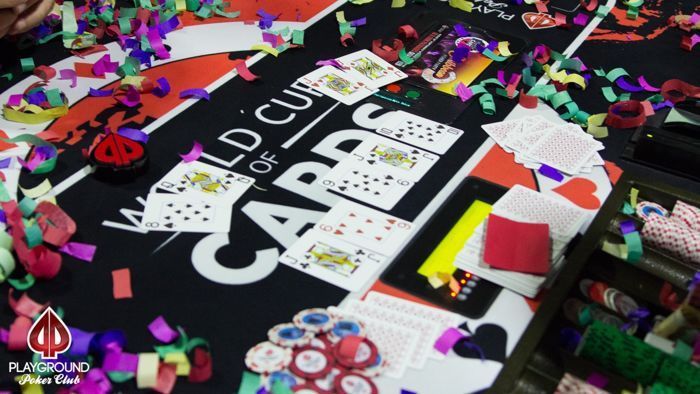 Playground Poker Club in Montreal, one of the top card rooms in North America, was the site of a $1,375,000 bad beat jackpot in August 2017, a live poker record at the time.

It was 5:30 in the morning and nine players were all seated in a $2/$5 no-limit hold’em game, just going about their regular poker grinding routine when a board of

for quads, but was beaten by the 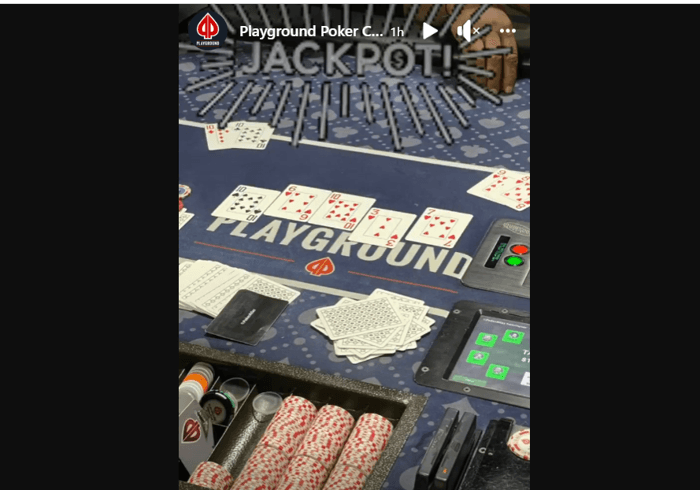 In June 2022, another bad beat jackpot hit at Playground Poker Club, but this one was even bigger. Much bigger. The pot reached $2.2 million by all accounts, the largest BBJ in live poker history.

The board texture read

and one player flipped over

for quads. The other player turned over

for a royal flush to win the hand and also a life-changing bonus payout. In a Reddit post, the player who had the straight flush gave some brief details about what went down.

“Absolutely man! I wasn’t even mad one bit that I hit the lower share. I’ve been chasing this for a solid month now. Like I said, I had a weird feeling that I can’t describe this morning. I trust my gut on everything and happy I listened today,” he wrote.

Happy I was able to share the moment with my wife via FaceTime. What a trip man, has not sunk in yet at all. Thanks for the kind words, I am on cloud 17, fuck cloud 9.

What is a bad beat poker jackpot?

Card rooms and online poker sites that run bad beat jackpot promotions keep a progressive jackpot fund on the side, which is usually taken from the rake during cash game play. Each room has a different qualifier, but in most cases when a player loses with aces full of jacks or better (sometimes quads or better) to quads or better, the bad beat jackpot is triggered.

How can I win a bad beat jackpot?

First off, you must find a card room that runs a BBJ promotion. Next, you will enter any no-limit hold’em cash game (although sometimes the casino may have jackpots for additional poker variants). If you and an opponent hit a qualifying BBJ hand, you win!

What are the odds of winning a bad beat jackpot?

It isn’t easy to hit a bad beat jackpot, and the qualifying hands don’t occur very often. Hence, why these progressive jackpots often get so high. The odds differ based on the requirements at the specific card room you’re playing in, but it is generally about 1 in 2,000,000.

What are the payouts for a bad beat jackpot?

Again, this differs from casino to casino. But the standard is to pay the player who lost the hand 40%=50% of the entire pot and then 25%-30% the player who won the hand. The remaining money is then evenly distributed among the other players who were seated at the table when the BBJ hit.

GGPoker is the main poker site that is notorious for awarding large bad beat jackpots.