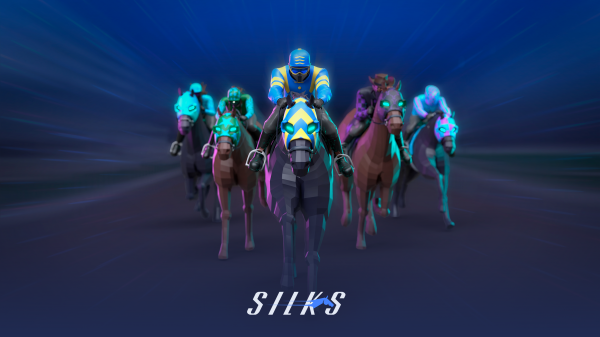 Thirty-five years ago, Troy Levy would sit at Yonkers Raceway trying to figure out a way to bring a new and younger audience to horse racing with the hopes it would lead to new owners in the sport.

Fast forward to today, and Levy believes he has found not just the method to do so, but a partner who together can help grow the sport.

The partnership also establishes Silks as the official blockchain game and metaverse partner of NYRA. Game of Silks works by utilizing blockchain technology, which is a system that makes it virtually impossible to change the information that has been recorded.

“It’s truly an unbelievable marriage for a technology company to enhance the ability to attract many, many new people to the sport,” Levy said.

Levy is also the owner of the Florida-based Tropical Racing and the Versailles, Ky.-based Circle 8 Ranch.

To play, users are “required to purchase a non-fungible token (NFT) in the form of a unique racing silk, which represents their identity throughout the metaverse and appears virtually on their horses, stables and other digital in-game assets they own,” according to a press release.

Each year’s crop of real-life Thoroughbred foals is turned into digital assets which are sold to players, who do not initially know which horse they are getting.

This blind draw, Levy said, is vital to the game’s fairness.

“One of the parts of the racing industry that kind of in my mind pushes people away is that the horses with the best pedigrees are always going to the same people,” Levy said. “This way we completely level out the playing field; everyone that’s participating has the same opportunity for the same dollar amount to get the greatest-bred horse in the racing industry.”

Eventually, the horses that are not sold are revealed and will be sold.

The Silks players receive rewards tied into their NFT horse’s real-world success whether it is on the track or in the breeding shed.

When horses become well-known to the population at large, they are ready to retire. With Game of Silks, players will begin to get to know about the horses a year and a half before it races in real life.

“They’re going to find out everything about their family,” Levy said of the game players and their NFT horses. “They’re going to become supporters of the family of every generation of horses. And that, I believe is going to be a piece that this racing industry never had.”

Levy and his business partner Dan Nissanoff put the idea together and Levy approached NYRA president and CEO Dave O’Rourke. Levy recalled telling O’Rourke that the idea—Game of Silks—would build a community that would dive into the sport and do even more due diligence than horseplayers already do.

O’Rourke’s response was for Levy and Nissanoff to build it and come back to him.

NYRA will provide Silks players with the latest news and information by utilizing the NYRA-produced Fox Sports shows “America’s Day at the Races” and “Saratoga Live.”

In a release, O’Rourke said, “Silks captures the evolution of fan engagement and appeals to both the seasoned horseplayer and complete newcomer, which is exactly why NYRA seized the opportunity to enter this partnership. NYRA is committed to educating our fans about the Silks platform to grow the game and ultimately increase horse racing’s fan base.”

Levy said the Game of Silks community has players who range in age from their 20s to their 70s. They have become so committed to learning all they can, some have reached out to breeding farms where their NFT’s real-world inspiration is residing.

“The racing industry right now supposedly has 28,000 licensed horse owners, and in less than a year, we’ve built (a community of) 25,000 people that are sitting in a chat room and all they do is talk about race horses.”