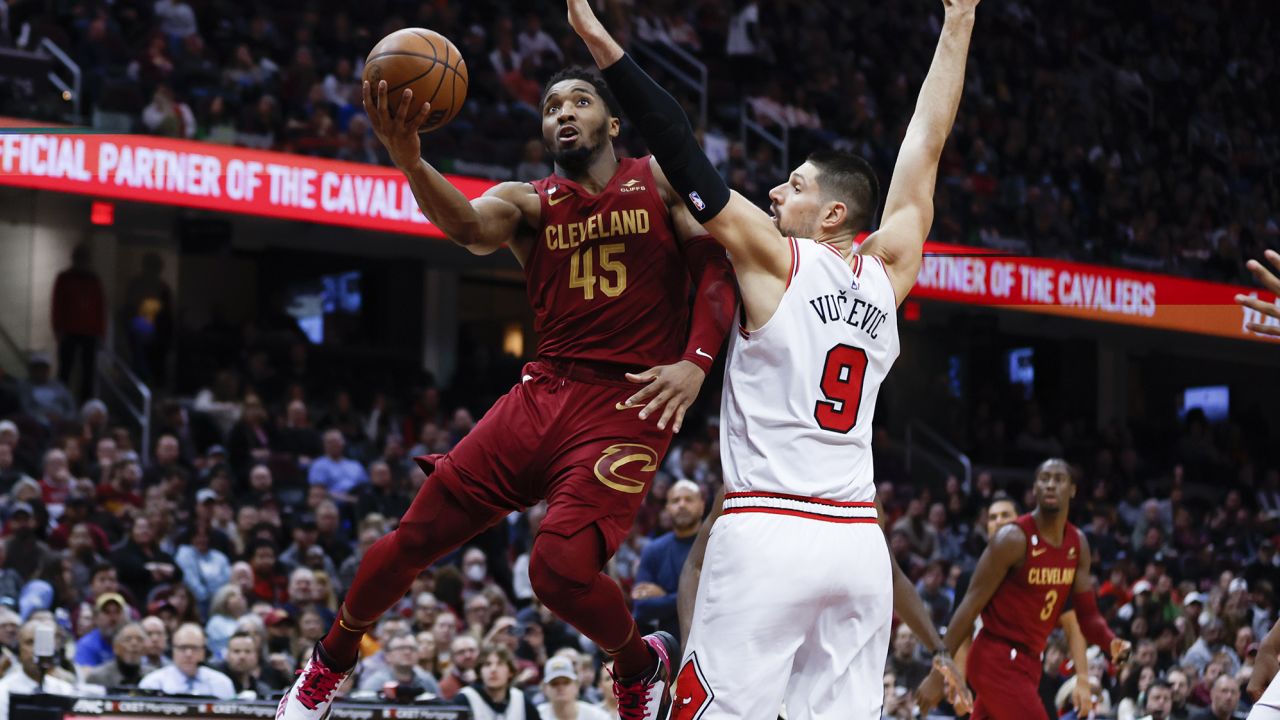 The first weekend of sports betting in Ohio put it at the top of the charts, according to GeoComply.

Donovan Mitchell goes up for a contested layup in the Cleveland Cavaliers game against the Chicago Bulls on Monday. Data from GeoComply showed that the first two days of online sports betting in Ohio produced more traffic than any other legal market, including New York. (Image: Ron Schwane/AP)

The cybersecurity company that provides geolocation and other services to online sports betting operators announced Tuesday it tracked 11.3 million geolocation transactions from the start of the new year until the end of Monday, the last two days of the extended holiday weekend.

As expected, residents of the Buckeye State enthusiastically greeted the market at the moment the calendar changed over to 2023,” GeoComply Senior Vice President of Compliance Lindsay Slader said in a statement.

Geolocation transactions, which confirm bettors are physically located within the jurisdiction that’s licensed the sports betting app they’re using, do not equate to the number of wagers. However, the company said in its release that the data point shows “relevant market dynamics” in Ohio.

Ohio had a universal launch on Sunday, meaning retail sportsbooks, online apps, and lottery kiosks could all start at the same time. GeoComply’s data does not include any data on retail or kiosk transactions.

Inside the Ohio Numbers

During the first 48 hours, 16 online operators began taking bets in the Buckeye State. According to GeoComply, there were 783,864 unique accounts set up during that time.

That figure equals nearly 9% of Ohio’s 21-and-older population. Keep in mind, though, that some people created accounts with multiple sportsbooks and not everyone who created an account resides in Ohio.

More than 38% of the geolocation transactions GeoComply tracked in Ohio came from the state’s four biggest cities.

Cincinnati, by far, led the state in terms of transactions with nearly 1.9 million over the two days. The number of transactions in Cincinnati likely would have been much larger had the Monday Night Football game between the Cincinnati Bengals and Buffalo Bills not been postponed after Damar Hamlin’s tragic collapse.

The NFL announced Tuesday afternoon the game would not resume this week.

According to media reports, Hamlin remained in critical condition Tuesday evening, one day after he went into cardiac arrest after making a tackle. The league suspended the game after emergency medical workers revived him on the field and took him to the University of Cincinnati Hospital.

GeoComply’s early data would seem to back predictions that Ohio will instantly become one of the top markets for sports betting in the US.

Besides its large population – only three larger states currently allow it – Ohio also has two NFL teams, two MLB teams, two MLS teams, an NBA team, and an NHL team. It’s also home to Ohio State University, which boasts one of the largest fanbases in college sports. Having a large number of operators available will help the market as well.

All of the top companies in the industry launched on Sunday, but one of the licensees that will start later bears watching. That’s Fanatics, the leading online sports merchant marketplace that is preparing to make its gaming debut in the near future. With its consumer database, it could introduce sports betting to new audiences that have not had exposure through casino operators or daily fantasy sports providers.