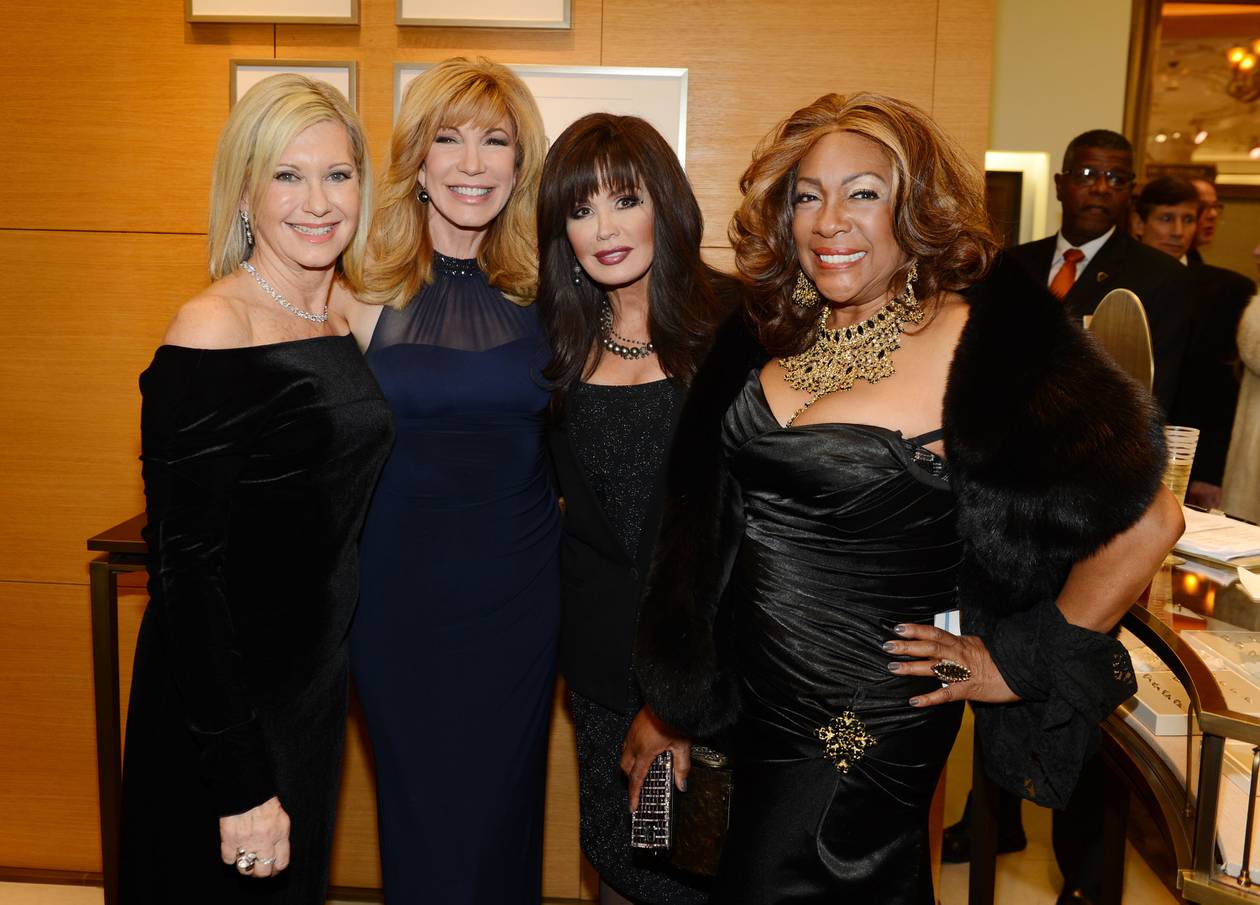 Olivia Newton-John gained global fame singing about “Xanadu,” but she also captivated audiences for decades in Las Vegas. The headliner and movie star passed away this week at 73 after battling cancer.

While Newton-John is long remembered for movies like Grease and Xanadu, she was also a staple in Las Vegas for many years. In July 1974, she opened for country music singer Charlie Rich at the Las Vegas Hilton.

Olivia Newton-John performs at the Riviera in 1977. (Image: LVCVA Archive)

She continued to perform at several Vegas hotels and casinos. Starting in 2014, Summer Knights, her two-and-a-half-year residency, was performed at the Donny & Marie Showroom at the Flamingo Las Vegas.

She also appeared with such Las Vegas stars as Don Rickles and The Smothers Brothers.

Of course, the singer, actress and dancer also captured international attention for her co-starring role in the movie Grease, based on the successful Broadway musical. The family-friendly classic continues to draw in viewers.

The movie capitalized on her “pretty girl, next-door appeal,” University of Wisconsin-Madison Professor Jeff Smith added to Casino.org. “In fact, it is hard to imagine any other singer of that time fitting the role of Sandy as well as Newton-John does,” Smith said.

Smith explained why the film has remained popular for decades.

Her film, Xanadu, has also remained a cult classic. The soundtrack for the film went double platinum, according to Janis L. McKay, vice dean at UNLV’s College of Fine Arts. It featured Newton-John with the Electric Light Orchestra on the title track.

Newton-John was also a renowned singer. She won three Grammy Awards for songs during her career. One video also won a Grammy. She had five number-one hits and 10 hits on the Billboard Hot 100. Her music style has been described as country-pop, rock-pop and disco-pop.

McKay noted that she debuted as an “early star in the soft rock genre, who easily crossed over into pop music.”

“She specialized in a hybrid of soft-rock and country music that led to hits in the early seventies, such as “Let Me Be There,” “I Honestly Love You,” “If You Love Me (Let Me Know),” and “Have You Never Been Mellow,” Smith added.

She told more than 36 million records, making her one of the top-selling female artists of her generation, according to Smith.

Newton-John was also an entrepreneur and activist. In the early 1980s, Newton-John founded Koala Blue. It is a store specializing in Australian imports. It evolved into a chain of clothing boutiques and eventually became a name brand for Australian wines and a line of bed, bath, and beauty products, Smith recalled.

In addition, Newton-John used her celebrity to advocate for environmental causes and animal rights. She also became an advocate for breast cancer awareness.

Las Vegas headliners Donny and Marie Osmond were among her close friends. In 2016, Newton-John was named the Nevada Ballet Theatre’s Woman of the Year. Marie Osmond introduced her at the Wynn Las Vegas event.

Singing with Olivia was one of the greatest moments for me during The Donny and Marie Show,” Donny Osmond recollected on Twitter this week.

“I can only imagine how wonderful heaven is, now that this beautiful angel is there. My dear friend, Olivia, I Love You. I Honestly Love You.”