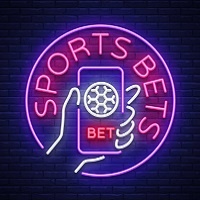 Just over 35 million Americans bet on the Super Bowl last year. In 2022, that number jumper by 2.25% to just over 80 million. This according to GeoComply, the company providing geolocation services for the industry. What a difference a year makes, huh?

Yes, there were restrictions from the pandemic still in place last year. But by far, the biggest reason for the increase in action this year came from online gambling accounts. There were 5.6 million sports betting accounts accessed for regulated online sportsbooks, which represented a 95% increase the year before.

Nevada sportsbooks reported nearly $180 million in wagers, which shattered the previous record set just four years ago. Those numbers were boosted by the state allowing people to bet on the Super Bowl over their mobile apps.

Even though the American Gaming Association had predicted a record as Americans bet on the Super Bowl this year, they had only estimated a 35% increase over last year.  AGA President and CEO, Bill Miller, stated “The results are clear: Americans have never been more interested in legal sports wagering.

“The growth of legal options across the country not only protects fans and the integrity of games and bets, but also puts illegal operators on notice that their time is limited” he concluded. And it will only get bigger from here.

Tagged bet on the Super Bowl