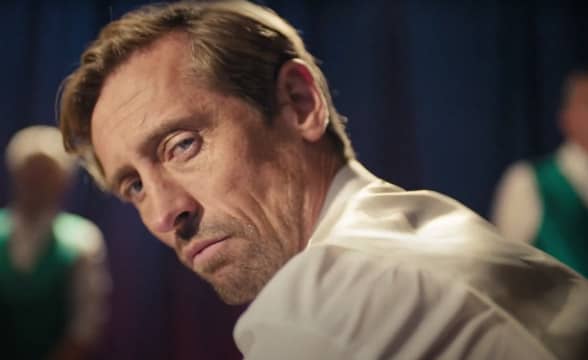 Irish gambling company Paddy Power has launched a new advert to celebrate the holidays and the FIFA World Cup tournament. The new commercial has a festive atmosphere while celebrating the exciting international soccer event.

The Sound of Christmas and the World Cup Colliding

The advert is called “Where were you in 22?“ and features Peter Crouch, a retired English striker. The famous player was capped 42 times by England’s national team in his career and has scored 22 goals for his country.

As a former star in soccer, Crouch is the perfect person to feature in the highly-energetic new commercial. In the advert, the ex-striker is presented as a conductor of a choir singing Christmas carols. Toward the end of the new ad, Crouch hilariously tries to enter a full pub after being declined entry by a worker, demonstrating the passion of soccer fans.

All and all, the new ad is an exciting way to pump up sports fans about the World Cup and the upcoming holidays. It was approved by the British regulator and will air across media, exciting sports enthusiasts about betting on soccer at Christmas time.

A Historic Moment in Soccer

Michelle Spillane, the marketing and brand director for Paddy Power UK and Ireland commented on the new commercial. She said that this is the first time that fans will be able to experience Christmas and the World Cup together, making it a very exciting moment for enthusiasts all over the world.

It’s unchartered territory for all of us. To Paddy Power, it presented us with double the opportunity to surprise and delight football fans.

Spillane noted that Paddy Power aimed to create a commercial that celebrates the beauty of Christmas and soccer at the same time. The operator’s goal was to capture the mood of the nation and excite fans about the opportunity to experience a soccer World Cup event at the same time as Christmas.

Speaking about energetic ways to connect with the sports community, in July, Paddy Power poked fun at UEFA’s choice of a stadium for the Women’s Euros by flying inflatable arrows pointing in the direction of a better venue.

On a separate note, several months ago, Paddy Power welcomed Francesco Borsetti as its new sportsbook director. The betting expert vowed to leverage his knowledge and help the company grow.

2022-11-12
Previous Post: Great Casinos to Visit in Philly if You are a Poker Pro
Next Post: Breeders’ Cup Winner Highland Reel Moving To Japan For 2023 – Horse Racing News