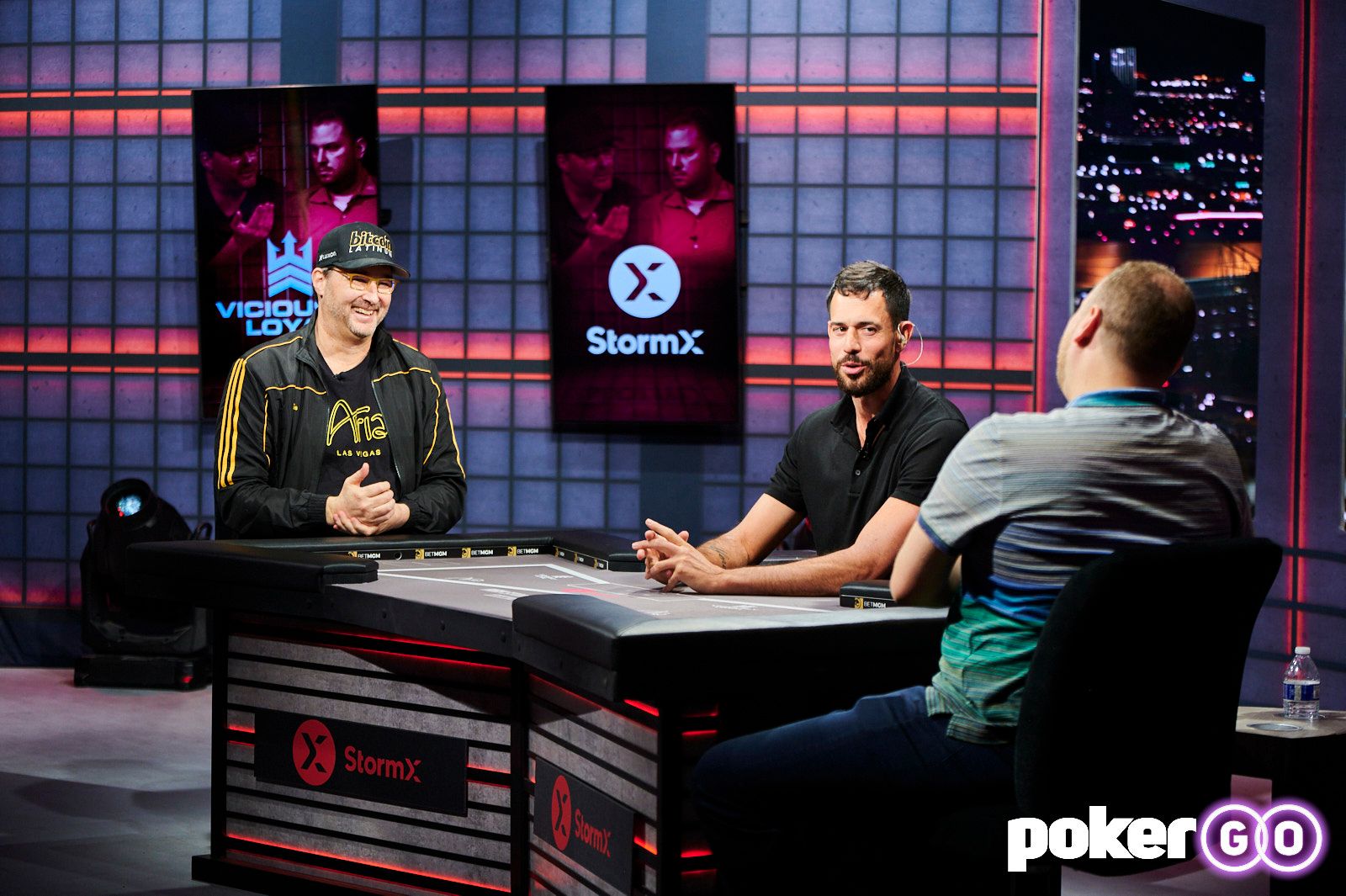 He calls himself the best poker player in the world and, on Tuesday, Phil Hellmuth bolstered his case once again by winning yet another “High Stakes Duel” match.

Hellmuth took on Scott Seiver in the fourth round of “High Stakes Duel III” at the PokerGO Studio in Las Vegas. Seiver was drafted in as a late replacement for Tom Dwan and, prior to the match, he promised to trash talk and put the pressure on Hellmuth at every opportunity.

He certainly did that and, for a time, it looked as though his strategy was going to work. However, as he’d done on eight previous occasions, Hellmuth found some magic when it mattered to earn the win.

Both players sat down for a chat with Nick Schulman before the match got started. Seiver said he’s been watching from the rail since the first season and was thrilled to get a shot at Hellmuth.

Once the talking was over, the play began. Hellmuth quickly picked up 50K chips when he caught Seiver with his hand in the cookie jar. This dynamic characterized the early stages of the match (watch the first hour in the video below).

Seiver was pushing the action with aggressive plays and bluffs, while Hellmuth was waiting for his moments to strike. In the end, it was the cards that turned the tide in Seiver’s favor.

With Seiver’s trips beating Hellmuth’s two pair, it looked as though the match was heading in one direction. But, if there’s one thing Hellmuth does better than most, it’s play a short stack. He used that skill to chip away at Seiver before running a bluff with nine-high.

That move clearly gave Hellmuth some confidence, as he ran another impressive bluff a few hands later. Seiver had hit a pair on the river and made a bet. Sensing weakness, Hellmuth raised with ace-high, leaving himself with 10 big blinds.

Why not move all-in if he was that short on chips? That question was probably rattling around in Seiver’s head as he didn’t know what to make of Hellmuth’s play. Eventually, Seiver bought what Hellmuth was selling and folded. That hand swung the match. With his stack restored and confidence brimming, Hellmuth moved into a comfortable lead before clinching the final pot with two pair against Seiver’s pair.

Hellmuth’s ninth “High Stakes Duel” victory earned him $800K and the right to play in Round 5 for $1.6 million. Only Dwan has beaten Hellmuth in this format, but Seiver does have the option to ask for a rematch and avenge his loss.

As things stand now, Seiver hasn’t made a decision. If he doesn’t return, someone else will be drafted in. Regardless of who the next challenger is, Hellmuth remains the king of “High Stakes Duel,” $800K richer, and another step closer to greatness.