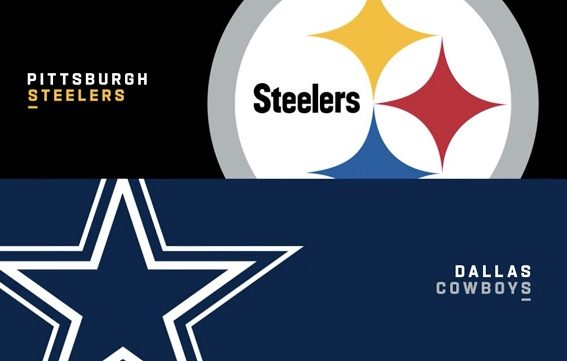 The NFL has created some of the most iconic sports rivalries of all time. One that is particularly interesting is the Pittsburgh Steelers Vs. Dallas Cowboys rivalry. Their clashes in the 1976 and 1979 Super Bowls are marked as legendary games, and as a result, NFL odds makers go crazy whenever the two are set to meet. But how did this rivalry begin? What are the events that made these two teams so at odds with one another?

If you’re wondering about this, then you’ve come to the right place! In this article, we’re going to give you a brief overview of the history of the rivalry between the Pittsburgh Steelers and the Dallas Cowboys. We’ve broken this up into a few different periods, with great emphasis on their 1970s Super Bowl games that were played at the very height of their rivalry.

In the late 1970s, both the Cowboys and the Steelers had incredible teams with some real star power. Take their quarterbacks, for example, with the Steelers signing Terry Bradshaw and the Cowboys with Roger Staubach. Having these two on the field at the same time was a big factor to making their games feel legendary and dramatic.

However, the team’s wealth of talent went much further than just their star quarterbacks, including defensive players like Ed Jones, Randy White, Harvey Martin, Charlie Waters, Joe Greene, Donnie Shell, Dwight White and L.C. Greenwood. Having all this star power on the field at the same time made any match between the two of them a sight to behold. More than this, they both had legendary coaches—Chuck Noll (Steelers) and Tom Landry (Cowboys) facing off against one another with incredible tactics.

Over the ten years of the 1970s, the Steelers and Cowboys faced off in two Super Bowl matchups. The first was in 1976 (Super Bowl X) and the second was in 1979 (Super Bowl XIII). The fact that the two teams played one another on such an impressive stage only three years apart allowed for their rivalry to grow exponentially.

The 10th Super Bowl, most often referred to as Super Bowl X, was a football game that took place on the 18th of January 1976 between the Dallas Cowboys and the Pittsburgh Steelers. The final score was 21 to 17 for the Steelers after an impressive game. It was the second Super Bowl win of the Steelers in a row and the first match between two previous champions of the NFL.

By the time we get to Super Bowl XIII in 1979, we find that the tables have turned. After the Dallas Cowboys won Super Bowl XII vs the Denver Broncos, they were set to face off against the Steelers in the final the following year. This is the moment where the rivalry between the two hits fever pitch, as we see a complete 180 from the last time the two teams faced off against one another.

What followed was one of the most iconic games of the 1970s and an incredibly close game. In the end, the Steelers were victorious once again with a score of 35 to 31. Super Bowl XIII is now widely regarded as one of the most exciting NFL games of all time, one that was made even more interesting by its history and intense rivalry between the two teams.

One thing to mention about their rivalry is that both teams have some of the most passionate fans in the sport. You should know that, historically, Dallas and Pittsburgh have been cities with very different ideologies. Dallas was a city that garnered much of its wealth through real estate and oil, while Pittsburgh was a more industrial city whose economy was powered by steel. This meant that in many ways, the fans of each team (especially in the 70s) had opposite images which helped to fuel their rivalry.

What happened throughout the 70s between the two teams was just as the Super Bowl was beginning to find its feet as an annual event. Their meeting in the 10th version of the event came at just the right time to be something incredible. When they met again in 1979, they were both playing for the unofficial title of ‘Team of the 1970s.’ There haven’t been many rivalries since that have operated at the same impressive level, nor had such close, nail-biting games.

So that was our short history of the NFL rivalry between the Pittsburgh Steelers and the Dallas Cowboys. The two haven’t faced one another since their 2020 matchup in —–, but when they do again there are sure to be fireworks.

Make sure to keep up with NFL betting news ahead of any future matches, as there will likely be some interesting bets to place down. We hope that this article has helped you to understand a little about the history of this epic rivalry and wish you the best of luck on any future football bets!