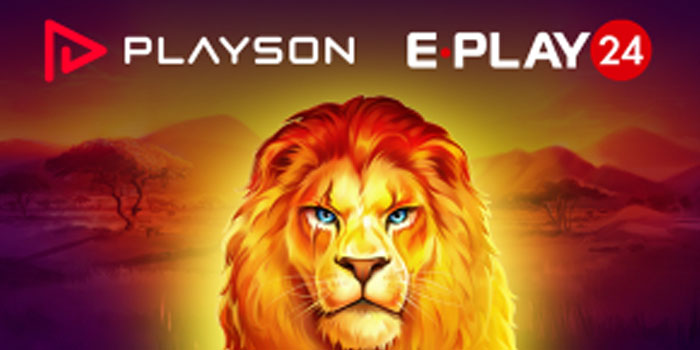 Playson Caps Off an Exciting Year with E-Play24 Partnership

The Developer’s Ambitions Paid Off

Playson has been enjoying an immensely positive 2022 as the company concluded partnership after partnership, significantly expanding its global reach. Nikolay Illiustrov, the studio’s head of games, shared his ambitions for the company earlier this year. He stated his intent to elevate their content above the competition, drawing in operators with an expansive, high-quality portfolio, aiming to become one of the best gaming developers on the market.

The company’s recent performance reveals that its quality-based approach is paying dividends. Interest from operators rose substantially in the second half of the year after the company received its Ontario online gaming license. While Playson’s North American debut was a tremendous success for the company, its primary stronghold remains in Europe.

A series of high-profile partnerships cemented Playson’s position as one of the Old Continent’s leading iGaming developers. Over the past few months, the company expanded its foothold in the Czech Republic, Belgium, and Romania after partnering with local operators. December has been particularly successful due to the deals with gaming and entertainment brand SkillOnNet and casino aggregator iGaming Group, massively extending Playson’s global reach.

The developer’s recent agreement with E-Play24 capped off a massively successful year. Playson’s portfolio will reach even more clients within the regulated Italian market. The developer’s most popular games include titles like Vikings Fortune: Hold and Win, Book of Gold: Double Chance, Mighty Africa: 4096 ways, and its successful Timeless Fruit Slots series.

Playson CCO Tamas Kusztos was excited about the opportunity to expand the company’s reach within Italy, expressing hope that their engaging, high-quality games would help a prestigious operator like E-Play24 reach new demographics.

We look forward to a long and successful partnership with the company and further establish ourselves as a major provider within Italy.

Alessandra Rosati, Playson’s senior account manager, shared that the company’s five best-performing titles in Italy enjoyed tremendous success. The collaboration with E-Play24 will further boost the developer’s entire slots library in the region. With 2022 nearing its end, the deal is the cherry on top of an exciting year for Playson. The company has accumulated significant momentum, meaning it will likely continue to make headlines in 2023.