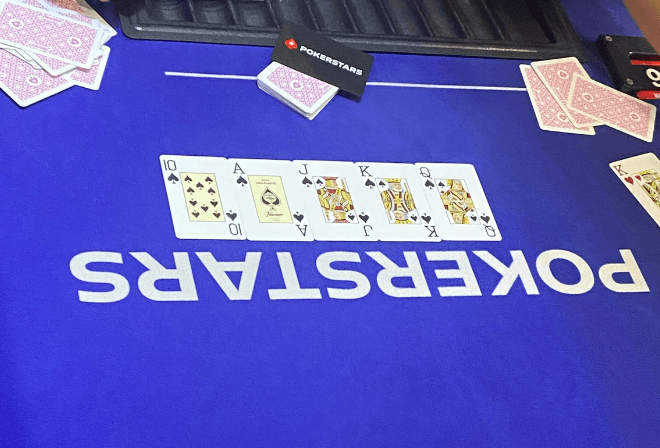 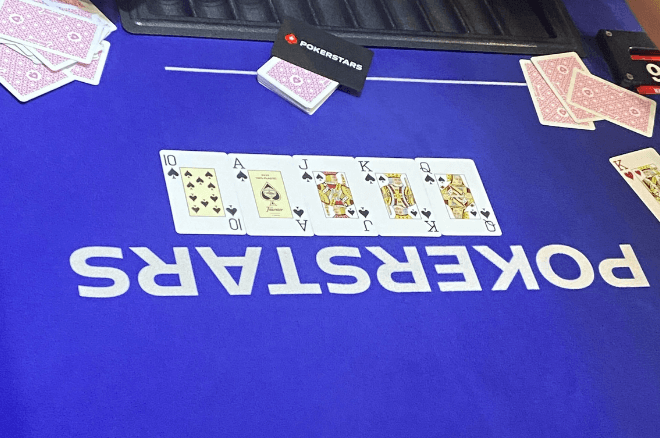 While the screams in the main tournament area in the PokerStars European Poker Tour Prague Main Event earlier in the day were due to Croatia’s victory over Brazil in the World Cup quarter-finals, the raucous cries heard just now were the result of something different that everyone at the table agreed they had never witnessed.

Three players at Table 26 saw a flop of

that checked through to the

turn to put four to a Royal Flush on the board. Stanislavs Macugins bet out and only Gal Halevi called.

To the astonishment of everyone at and around the table, the dealer managed to peel off the one and only

on the river to put a Royal Flush on the board. 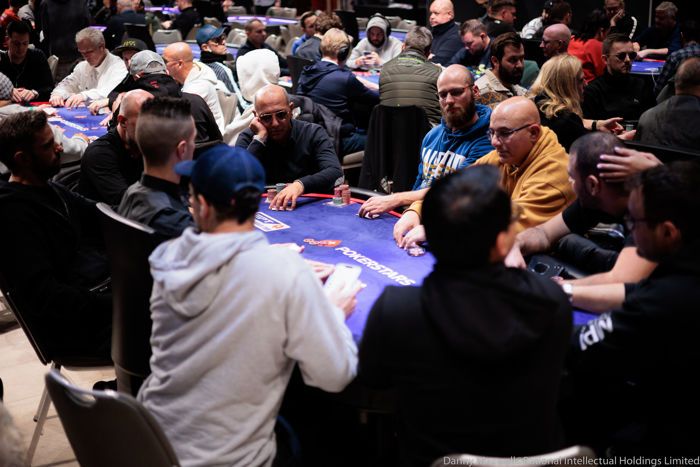 “One in ten million!” one of the players gasped.

“Is there a bad beat jackpot?!” joked another.

. Everyone at the table, including the dealer, said they had never seen such an improbable runout.

“Be sure to say I was at the table!” Oz Zitun told PokerNews.