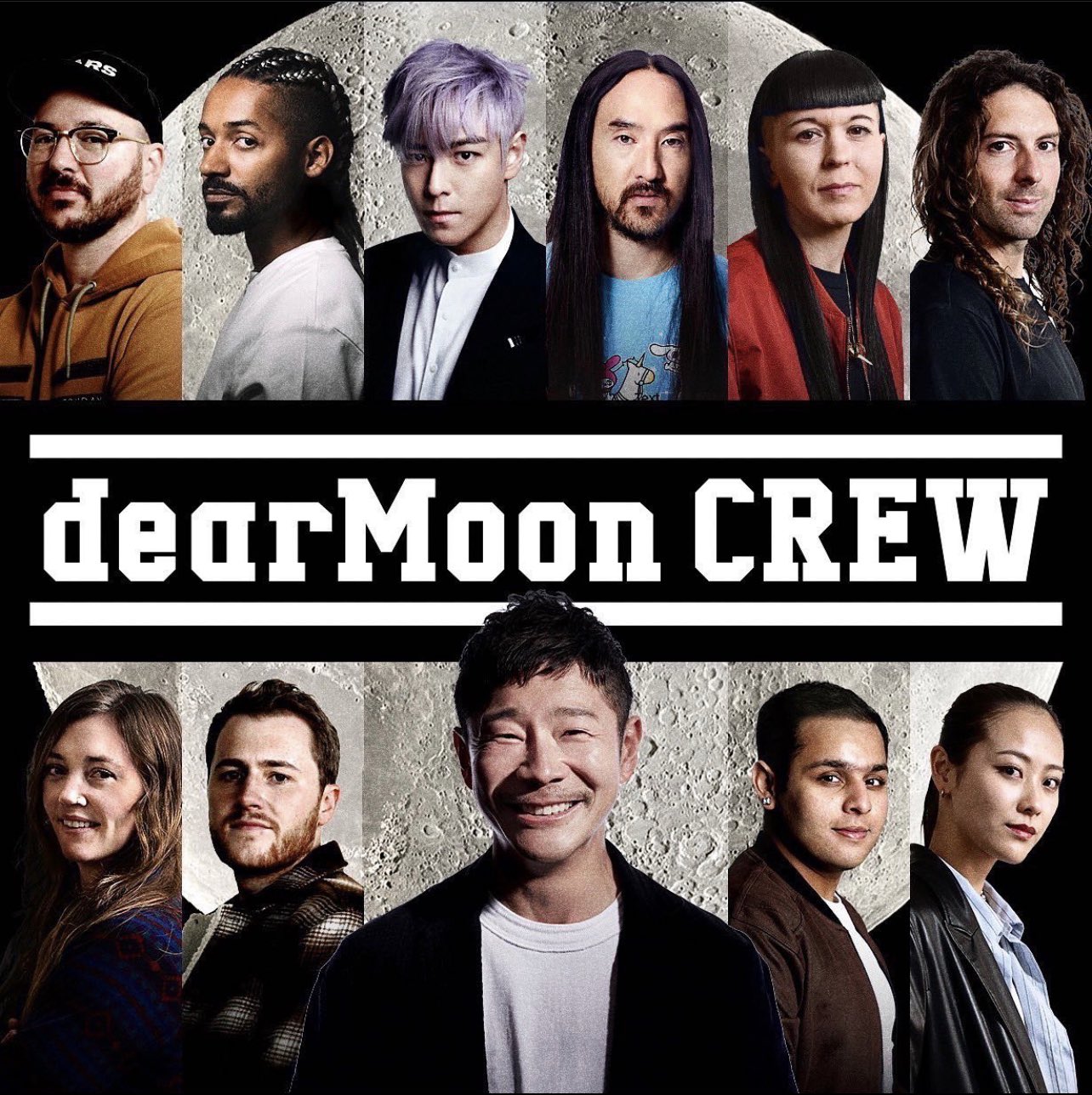 The cake-throwing party monster, producer, DJ, and World Poker Tour Ambassador Steve Aoki is one of eight people a Japanese entrepreneur and art collector picked to travel with him to the moon.

WPT Ambassador Steve Aoki was selected to sent to the moon as part of a billionaire’s art project. (Image: dearMoon)

Aoki, 45, was the first person billionaire Yusaku Maezawa selected as a crewmember of the dearMoon project, which will send a group of creative people on an eight-day trip the moon and back.

“As a young boy, I always wanted to go to space. It’s been a dream of mine for decades,” he said in the video. “There is a fear there, but I can’t miss this opportunity. For me, my soul is begging for this, it needs this. So I will take on the risk and I’m already committed.”

Aoki said he would like to play a DJ-set while orbiting the moon and plans on bringing a computer to make a song while in space.

The World Poker Tour brought Aoki on board as an ambassador in January, and the popular DJ and fashionista has been front-and-center at many of the WPT events held this year.

Most recently, he was part of a star-studded meet-up game last week at the Wynn to celebrate the start of this month’s WPT World Championship series. 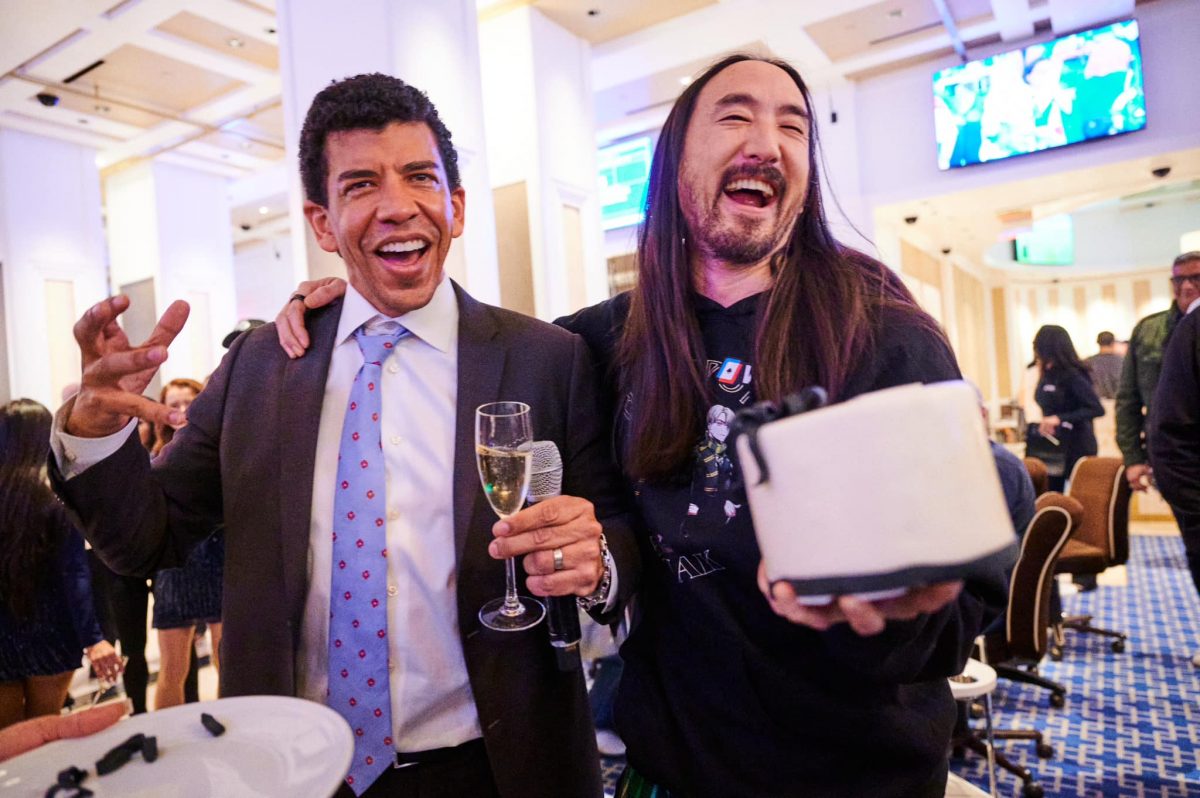 Poker has been part of Aoki’s image, style, and life for almost 20 years. He’s played since 2004 and often hosts games in his Las Vegas mansion’s “playhouse” for the WPT, where seats to its $10,400 $15 million World Championship were won.

As ambassador, Aoki brings WPT news to his 8.1 million Twitter followers, 3.1 million YouTube subscribers, and 10 million Instagramers whenever he’s involved in a promotion or playing cards.

Aoki and the other space travelers are scheduled to begin training early next year.

The man behind this very expensive art collaborative, Maezawa, is the 47-year-old founder of the largest online retail store in Japan, Zozo. Forbes estimates his wealth to be in the $2 billion range — or rich enough to rent a spaceship to fly a bunch of people to the moon just to see what they will come up with when they get back.

“What if Basquiat had gone to space and seen the moon up close or seen the Earth in full view?” Maezawa said in 2018, when he announced that he purchased the entire first flight of SpaceX’s largest rocket. “Just thinking about it now gets my heart rushing. But once I got started, I could not stop thinking about who else.”

He’s already experienced the thrill and wonderment of gazing upon the Earth from outer space in 2021 when he visited the International Space Station for nearly two weeks.

Aoki is part of a crew that includes photographers, documentarians, a K-pop star, a choreographer, an actor, a whale-swimming guide, and a guy known on YouTube as the Everyday Astronaut, which features videos on rockets and space travel. It has 1.3 million subscribers.

The mission is purely to inspire, said Maezawa.

“I hope each and every one will recognize the responsibility that comes with leaving the Earth, traveling to the moon and back,” Maezawa said in a video on the dearMoon website. “They will gain a lot from this experience, and I hope they will use that to contribute to the planet, to humanity.”

Their ride and itinerary

It’s appropriate that Aoki dropped a bunch of f-bombs after being told by Maezawa he would be part of the crew. The rocket the lunar tourists will sit upon to break through Earth’s gravity-shackles is SpaceX’s BFR. Officially called the Big Falcon Rocket, owner Elon Musk calls it the “big fucking rocket.”

The reusable rocket system has been in development since 2012, and the first successful test came in 2019. It will be the rocket used to fulfill Musk’s dream of one day going to Mars. This will be the rocket’s first orbital flight. The art mission is tentatively scheduled to launch sometime next year, but a delay is possible. The crew will spend eight days in a starship. It will take about 60 hours to travel the 240,000 miles each way to the moon. Once there, they will spend three days in orbit just 125 miles above the pock-marked lunar surface.

Imagine the excitement and fear the crew will experience as they pull up to the nearly 350-foot tall spacecraft on the day of the launch. Then hearing the stainless-steel dragon erupt underneath them, and the enormous pressure of being pushed back into their seats as they fly through the air.

Then the first hours of experiencing zero-gravity and the realization that it’s really happening, floating and bumping into each other as they see Earth get smaller and smaller.

And then those three days circling the moon, going from dark to light, dark to light, watching the Earth rise over and over until it’s time to fire the rockets and return home. And then the jolt back into Earth’s gravity, the fire lick the windows during reentry, and that long moment falling through the sky, knowing they have been changed forever, if only everything continues to go as planned.

Here’s hoping they return safely with their heads full of ideas that may connect us all a little tighter as passengers on this spaceship. And in Aoki’s case, maybe something we can dance to.