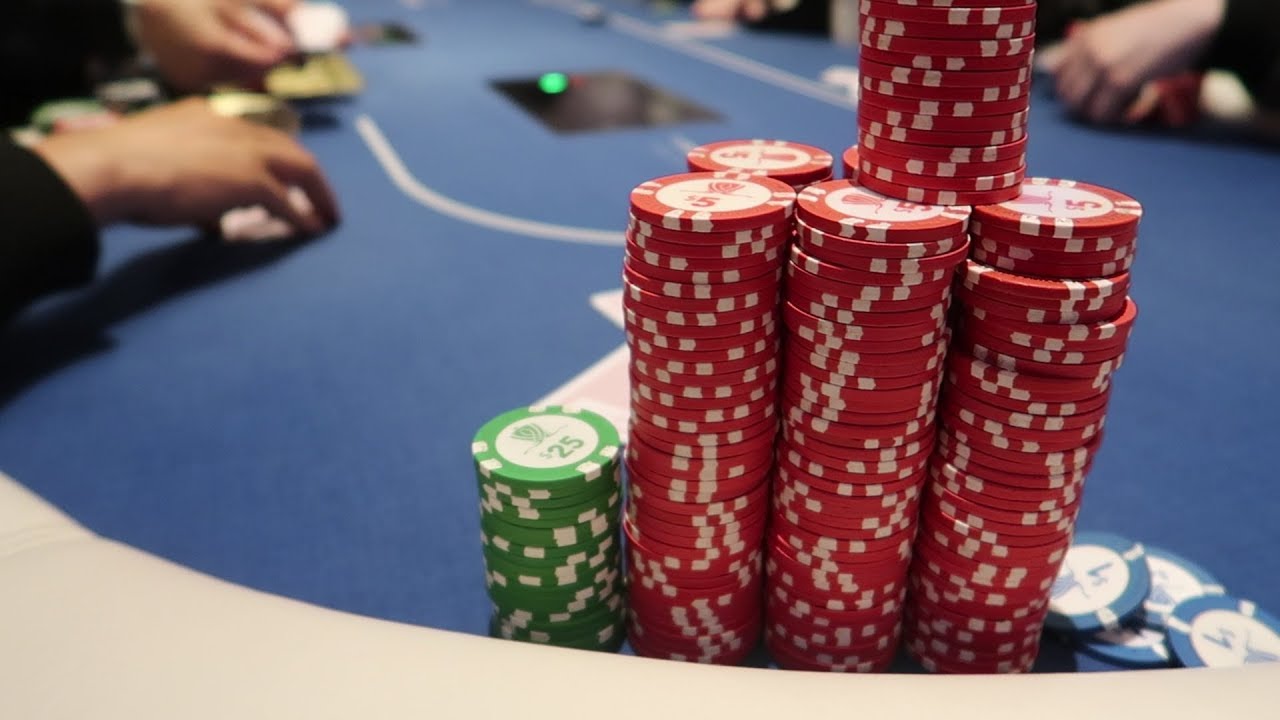 Pros and Cons of Buy-In Limits for No-Limit Games

I recently had an argument with a fellow poker player. He was telling me that he thought there should be caps on buy-ins for No-Limit games because they protect the little player from getting run over by a deep-pocketed bully. I told him he was wrong. See if you agree with me or not.

Don’t be intimidated by an opponent’s large chip stack. Think of it as an opportunity instead of an obstacle. (Image: Andrew Neeme/YouTube)

In our conversation, my friend — let’s call him Will — was complaining about the structures used in a new poker room he’d recently discovered. Specifically, Will’s issue was with the room’s policy of not capping the buy-ins for any of its games, allowing players to put as much money as they want on the table, even in a low-limit $1-2 game.

Will’s argument was that by adopting this policy, the games are inherently unfair because the room is letting players with large bankrolls run over little guys like himself. I disagree.

The fallacy of buy-in maximums

While Will’s argument that his $300 stack represents only a small portion of his opponent’s much bigger stack is true, the simple fact is that it doesn’t matter in games that are being played with table stakes.

As is the rule in nearly every casino, cash game players can only lose the amount of money they have in front of them at the start of any given hand. This means if your opponent is sitting on $10K and you have $300, he can’t win any more money from you even if you’ve called his “all-in” bet. Conversely, if you double up through his large stack, he could take your $600 if he wins the next big pot against you.

“I don’t understand your concern,” I told Will. “No matter how much he has on the table, you can call any bet from him with your $300 stack. If he has $10K in his pocket or on the table, it doesn’t do him any good in the hand because your stack is only $300. If he’s a millionaire or a billionaire, that doesn’t change no matter how much he can buy in for. If he is limited to $300, then he can bet the $300 – equal to your stack, forcing you to go all in if you want to call. If he loses, he can rebuy for another $300. How is his huge stack on the table any advantage at all? I just don’t see it.”

Will rebutted my point by arguing that his deep-stacked opponent has a big advantage nonetheless.

“I think it gives him an edge,” Will said. “He knows he can keep going all in and he’ll still have a huge stack, even if he loses. If I lose, I lose my whole stack.”

Psychologically, that may be true, I pointed out but, in reality, it makes no difference whether the $10K is on the table or in his pocket, because he can keep rebuying to his heart’s content.

As our conversation progressed, I dropped another bomb on Will. “If you’re a good player facing a bad player with a $10K bankroll, the cap hurts you,” I said.

This is the other side of the argument discussed earlier. In this case, I explain, imagine Will and Mr. Deep Stacks started a hand with even $300 stacks. After a skillful double-up, Will finds himself sitting on $600 while Mr. Deep Stacks reloads for the maximum possible, putting another $300 on the table. If the two get all of their money in the middle again on the next hand, and Will wins again, he’ll add another $300 to his stack, giving him $900 total.

Now imagine, I tell him, that Mr. Deep Stacks didn’t have to reload after Will’s first double up. Now, when all the money gets into the middle on the next hand, Will stands to win $600 when he doubles again, turning his original $300 investment into $1,200.

By allowing a deep-pocketed opponent to buy in for as much as they want, I tell Will, you’re allowing them to match the amount of money you have on the table, which gives you the best chance to build your stack as high as possible.

“So, I should be against caps in a No-Limit game,” Will asked.

“Wait a second,” Will said, confused. “I thought you just argued that a cap hurt me. So why wouldn’t I want to remove the cap?”

“Because you want to help out the guy with the deep stack,” I responded.

Seeing the puzzled look on Will’s face, I continued to explain the reason why poker rooms instituted caps in the first place. 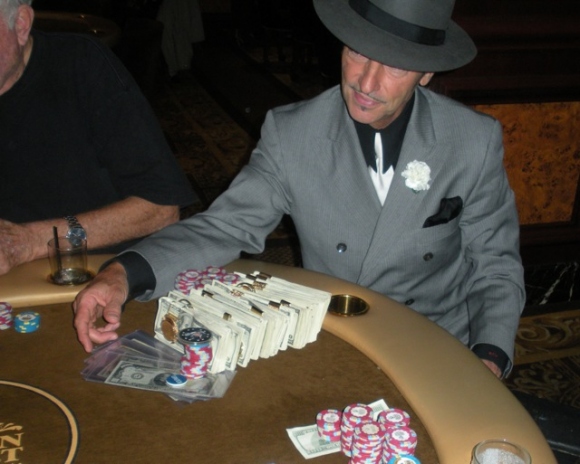 If this guy sat down at your $1/2 NL game — like he did here at Las Vegas’s Golden Nugget, where there is no buy-in max — would he represent a threat or an opportunity? (Image: Pokerati)

The problem poker rooms have with No-Limit games, I explained, is that they tend to break up too quickly as bad players lose their money too fast. The house only makes money when a game is in action so, if it breaks, they make nothing.

In No-Limit, a good player has a big advantage over a bad player and can stack him much more quickly. Poker rooms used to spread Limit for just that reason. Limit games tended to stay in action longer than did No-Limit games, so poker rooms came up with the idea of limiting the buy-in in No-Limit to keep them running for longer. And it worked.

With the capped games, there was a revolution in poker. Players gravitated away from the more boring Limit games and toward the more exciting No-Limit games. And with the caps, the games kept going.

That’s good for the skilled player because it gives him a steady and reliable source of income.

“So you’re saying, I should be in favor of a cap not because it helps the short stack, but because it keeps the games going and maintains the opportunity to steadily, if not suddenly, win money from bad players who will keep playing since it will be harder for them to lose all of their money in one hand?” Will asked.