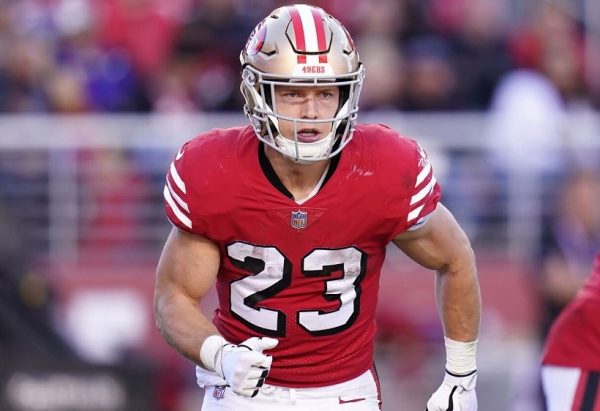 Ranking The Best Running Backs For The 2022 Season

There are few things better in the life of an NFL fan than having epic running backs on your favorite team, not only are they spectacular athletes to watch, but they are also very impactful on NFL player props bets.

When you have a player who runs directly into the path of beastly defenders and still comes out just fine on the other side of it, they look like superman.

Although a majority of running backs are rarely high-regard first-round picks, we all know that the NFL is a minefield full of stud backfield options.

It is pretty awesome when we think about the best players on teams, and often running backs are ones that can get missed, so let’s give them some attention.

Here are the best running backs for the 2022 season!

Johnathan Taylor is just entering his prime, at 23 years old last season he managed to lead the league in rushing yards, touchdowns, and carries. He finished second in the vote for Offensive Player of the Year and earned the title of First-Team All-Pro.

There have only been 6 players in the history of the NFL who have gained more rushing yards in their first two seasons than Taylor’s 2,980.

Derrick Henry has been something of a superhero, he even looks like one. At 6 foot and 3 inches, weighing 247 lbs, he is quite the running back beast. In both 2019 and in 2020 he led the league in rushing yards, carries, and in touchdowns.

He was very close to doing so again in 2021, however, an injury limited him to only 8 games. In spite of only playing less than half of the season, Henry managed to finish 6th in touchdowns, and still finished 9th in yards.

He gained 10 touchdowns and 937 yards even though he played less than half of the season.

When McCaffrey is fit and healthy, there is no other running back who is quite the same double threat as he is. However, the big issue here is ‘when healthy’, as he has only played 10 games overall in the last 2 years.

In his first 2 seasons, he never missed a game, he peaked in 2019 with an awesome combo of 2,392 receiving yards and rushing yards, and 19 touchdowns overall. However, he needs to be fit and healthy to do this much.

Cook is fresh off of 3 successive 1,000-yard seasons, and remains to be one of the league’s number 1 running backs. He has gained 35 rushing touchdowns since 2019, so he is only just trailing behind Henry, and is actually 6 ahead of 3rd place, even though he missed 8 games.

He was a 2nd round pick who has made 3 consecutive Pro Bowl appearances as he went into this season.

In spite of sharing the backfield with Kareem Hunt, Chubb emerged as being a very dominant player since he was drafted back in 2018. He also has made 3 Pro Bowl appearances.

He made 996 yards in his rookie campaign and has had 3 1,000 yard seasons. He is very consistent in his play, and each season you can guarantee he will score 8 touchdowns or higher, and average at least 5 yards or higher per carry.

If we were to judge Harris by his rookie year, then he is in for quite an awesome career. He managed to make 7 touchdowns, rushed for 1,200 yards, and added 74 receptions in spite of playing a rather weak Steelers offense.

As a first-round draft pick, he has yet to miss a game, and in his maiden campaign, he was rewarded for his efforts with a Pro Bowl appearance.

In his first 4 seasons, Mixon was a higher-than-average running back, however, in 2021 he took his game to a whole new level. The Bengals got to the Super Bowl, and sure Ja’Marr Chase, and Joe Burrow got the most of the attention, but Mixon was still very key to getting them there.

That year he gained 13 touchdowns and rushed 1,205 yards, both of which were top-five in NFL rankings.

Ekeler was un-drafted in 2017, he began his career as a backup before he gained playing time. Last season was still the best we have ever seen. He finished with 647 receiving yards, 911 rushing yards, and 20 touchdowns overall!

Having Herbert as his QB, he is less noticed by defenses and definitely makes them pay for it!

The Jaguars drafted Fournette in 2017, he was seen as a star, he did have some epic moments with the Jaguars, but it was with Brady and the Buccaneers that he really gained his fame.

He had 4 touchdowns in 4 postseason games when the Bucs won Super Bowl LV. In 2021, he then followed that with 10 touchdowns! Woah!