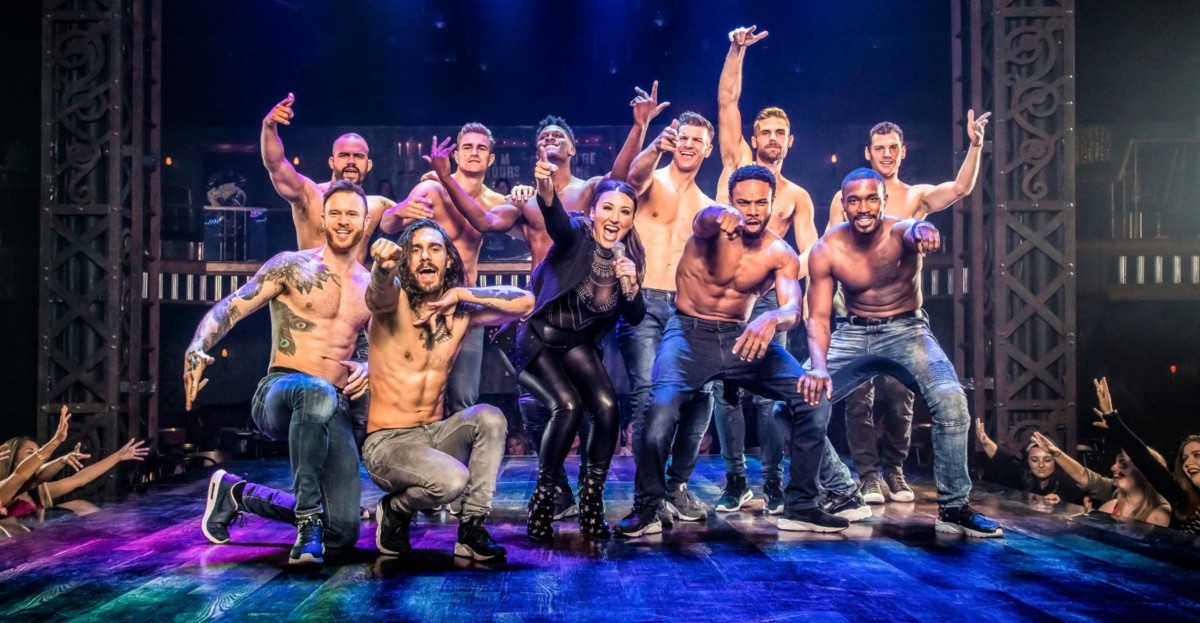 A Rhode Island man pleaded guilty to swindling investors out of $4.2 million, the Justice Department announced in a news release today. The investors thought they were buying into the “Magic Mike Live” stage show at the Sahara in Las Vegas. He then used $1 million of their money for gambling.

John A. Santilli Jr., 48, of East Greenwich, Rhode Island, pleaded guilty to one count of securities fraud and one count of wire fraud. His plea agreement was accepted late on Thursday in a Los Angeles federal court. According to the Justice Department, Santilli managed and partly owned a company that acquired an interest in Mike’s Mobile Detailing, the company operating the “Magic Mike Live” show.

The cast of “Magic Mike Live,” currently running at the Sahara Las Vegas. Investors were scammed by a Rhode Island man misrepresenting an ownership in the show. (Image: saharalasvegas.com)

From June 2016 to February 2020, Santilli raised funds from victims by soliciting investments in Aloris Magic Mike LP, a different business that he falsely told investors owned the show and would distribute its profits to them. To bolster the scam, Santilli used a doctored legal document that made it appear that Aloris Magic Mike LP was a shareholder of Mike’s Mobile Detailing.

A Different Kind of Casino Investment

According to the Justice Department press release, Santilli withdrew more than $1 million of his investors’ funds at casinos across the US, which he proceeded to gamble with and lose. To raise more funds, Santilli falsely told his victims that new investment opportunities had arisen, then sold nearly double the number of shares of Mike’s Mobile Detailing that his company actually owned.

Santilli is scheduled to be sentenced on April 20. He faces a maximum sentence of 40 years in federal prison.

What is ‘Magic Mike Live’?

“Magic Mike Live” – based on two “Magic Mike” movies that chronicled the life of a male stripper – was conceived by Channing Tatum, the actor who played the lead role. The production mixes “Chippendales” beefcake with humor and music. Its male stars are not only hunks, but dance, charm their largely female audiences, and play musical instruments.

“Magic Mike Live” ran for three years to decent reviews at the Hard Rock Hotel & Casino before it shuttered in 2020 to become Virgin Hotels Las Vegas. The show has run at the Sahara since 2021.