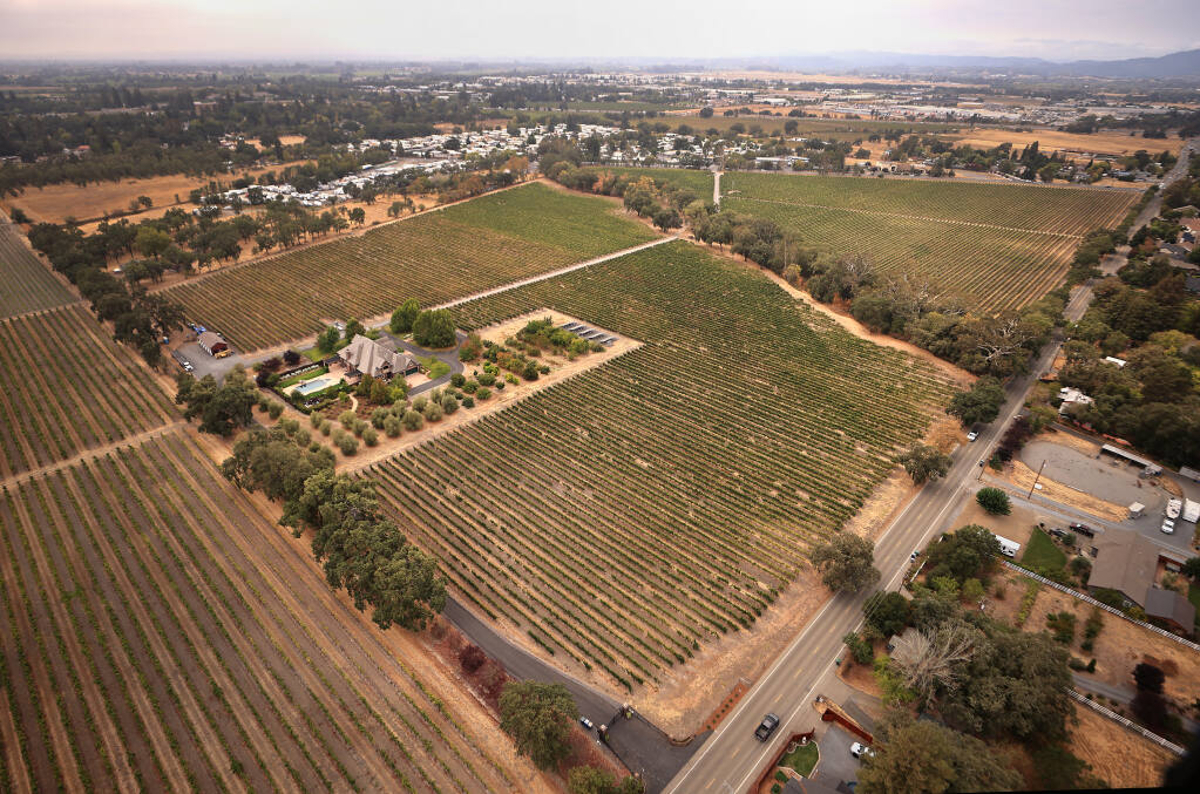 The Sonoma County Board of Supervisors today unanimously opposed a tribal casino resort pitched by the Koi Nation of Northern California.

An aerial view of the property where the Koi Nation wants to build a $600 million tribal casino resort. The Sonoma County Board of Supervisors believes the tribal development is not warranted, as the Koi tribe lacks historical ties to the area. (Image: Santa Rosa Press Democrat)

Though ceremonial only, as the board cannot singlehandedly block the tribal development, the Sonoma officials took issue with the Koi Nation’s alleged historical ties to the region.

The supervisors weren’t convinced that the Koi people indeed have ancestral linkage to Sonoma County, and therefore do not qualify to have land taken into the federal trust.

The supes voted 5-0 in favor of adopting a resolution opposing the Koi Nation’s Shiloh Casino & Resort. The tribe is seeking federal and state authorization to build the $600 million complex on 68 acres of land at 222 E. Shiloh Rd. in an unincorporated part of the county. The property is currently a residence and vineyard.

Sonoma County is home to two tribal casino resorts — Graton and River Rock. The properties are respectively owned and operated by the Graton Rancheria and Dry Creek Rancheria tribes.

The two Native American groups submitted letters in opposition to the Koi project to the Sonoma County government. Several other tribes in the region did, too.

The tribes argued that the Koi Nation does not have a historical connection to Sonoma. They accused the Koi people of reservation shopping — the act of a federally recognized tribe seeking to establish historical ties to an area that is more economically attractive than its own.

The resolution endorsed by the Sonoma supervisors agrees with the opposing tribes. The declaration references the Koi Nation as a “Non-Sonoma County Tribe.”

While we wholeheartedly support the rights of Native American tribes to establish sovereign lands, this application by the Koi Nation could set a series, negative precedent in allowing one tribe to establish trust land in the ancestral lands of another tribe,” said James Gore, who chairs the Sonoma County Board of Supervisors.

The Koi Nation is a small tribe consisting of less than 100 members. The tribe is currently without a sovereign reservation. The tribe only gained federal recognition in 2019.

The Koi Nation partnered with the Chickasaw Nation of Oklahoma to help bring its $600 million casino dream to reality. The Chickasaw tribe is much larger and financially capable. The Chickasaws count more than 73,000 tribal members, and own and operate 22 casinos in its home state, including WinStar World, which is billed as the largest casino in the world.

The federal government — not the Sonoma County Board of Supervisors — will make the ultimate decision on whether the Koi Nation’s roots trace back to Sonoma County. The Department of the Interior’s Bureau of Indian Affairs will decide if the 68 acres of land along Shiloh Road qualifies to be placed into the federal trust.

If Interior accepts the land, the tribe would be cleared to conduct Class I and II gaming (bingo-based games) on the property. But for slot machines and table games, the Koi Nation would need to reach a Class III gaming compact with the state.

Koi Nation leaders say their ancestors never laid claim to land they lived, something that in hindsight is hindering their economic prosperity.

“We chose instead to give thanks to the creator, and to the earth and sky, for the bounty of food, shelter and other basic amenities they provided. This difference was used against us by a legal system imposed on us by force by the colonizers, and as a result we became landless,” the tribe maintains.