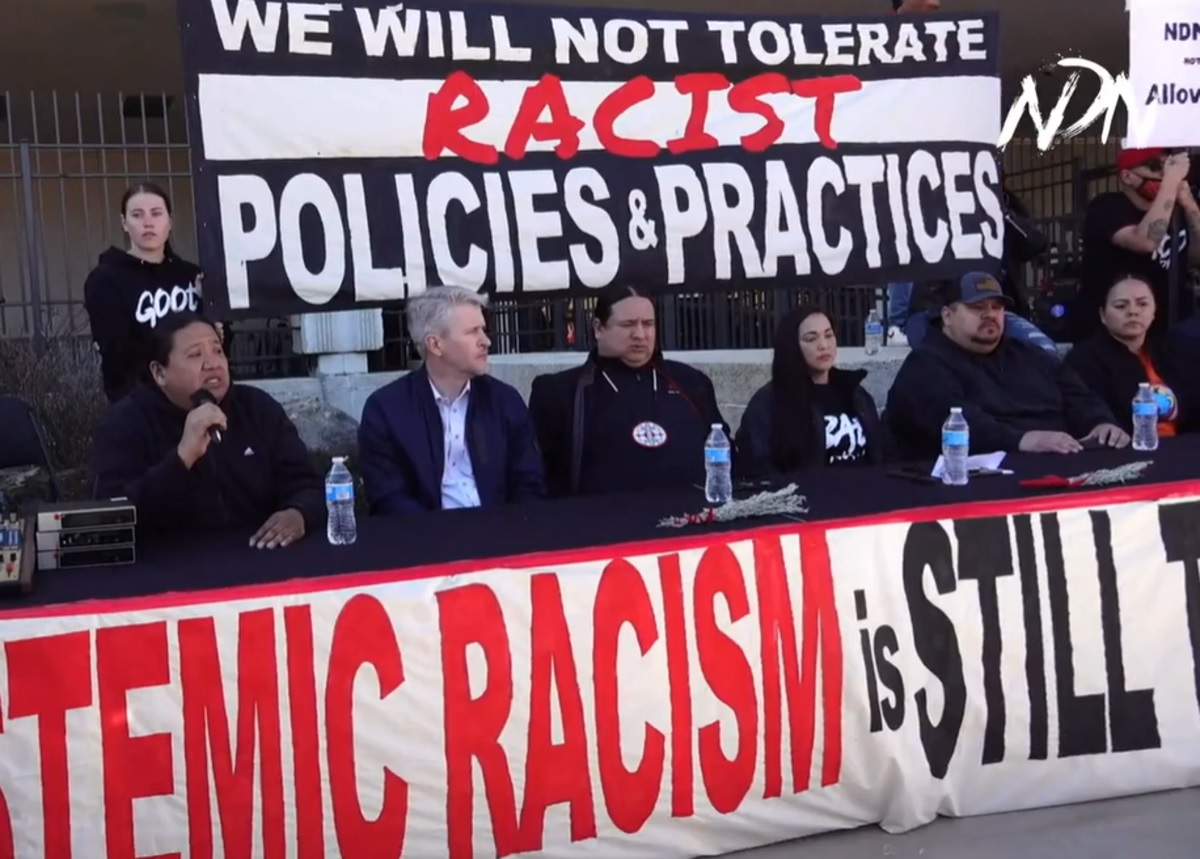 A Rapid City, SD hotel that threatened to ban Native Americans from booking rooms and visiting its casino bar is facing a class-action lawsuit from an indigenous activist group.’

The suit argues the hotel has violated the Civil Rights Act, which enshrines the rights of anyone born in the United States to have “the same right … to make and enforce contracts … as is enjoyed by white citizens.”

Connie Uhre, one of the owners of the Grand Gateway Hotel, wrote in a Facebook post Sunday, now deleted, that she could no longer “allow a Native American to enter our business, including Cheers,” the casino bar that offers video lottery terminals (VLTs).

The post followed a shooting in the early hours of Saturday morning in one of the hotel rooms. Both the suspect and the victim, who was seriously injured, were Native American.

On the same day, Nicholas Uhre sent an email with a similar tone, according to the lawsuit.

I really do not want to allow Natives on the property,” he wrote. “Every time we have problems, I call the police with it, the first thing they ask is what nationality is he or she and 98% of the time I have to say native [sic], and we call at least once a week. they [sic] kill each other and walk around with guns. The problem is we do not know the bad ones from the nice natives, so we have to say no to them!!”

The following day, indigenous rights campaign group the NDN Collective sent its racial equality campaign director, Red Sunny Bear, to the hotel to try to book a room. She was denied. The group’s director of operations, Alberta Eagle, was also rejected when he tried to do the same thing, according to the lawsuit.

The lawsuit was filed on the same day.

This is a civil rights violation,” Red Sunny Bear told demonstrators. “We won’t allow that to happen in the community, or anywhere else for that matter.”

The hotel released an official statement Wednesday backtracking from the incendiary social media posts from the weekend.

“We’re sorry if some members of our community reacted without thinking and said some things that don’t reflect the values of Cheers, The Hotel, or our customers,” it read.  “We’re committed to being a welcoming, inclusive place for everyone.”