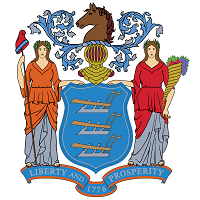 Even though sports bets in New York state have only been up and running since early January of this year, operators there have still handled over $13 billion in bets. Those numbers translate to a cool $542 million in tax revenue that the state would not have otherwise had.

Those number do not reflect the total revenue generated, however, as the state was also able to collect $200 million in licensing fees from operators. And numbers from GeoComply indicate that over 11million players have registered betting accounts, conducting just short of one billion transactions.

New York Governor Kathy Hochul commented on the numbers, saying that sports bets in New York have “…opened the door to responsible entertainment for millions of sports fans…” while generating significant revenue for schools and youth sports. Adding that regulations also bring safeguards to help players.

State Senator Joseph Addabbo was instrumental in the regulation of sports bets in New York state, added that he looks forward to even more revenue as mobile sports betting grows, and with the NFL football season continuing. Plus, the professional basketball and hockey leagues just beginning.

The New York State Gaming Commission also added that the state has emerged as a leader in sports betting in just a few months, and continues to “maximize its potential”. And we here at This Week in Gambling must add that with a tax rate of over 50%, the word ‘maximize’ could easily be replaced with ‘extort’.